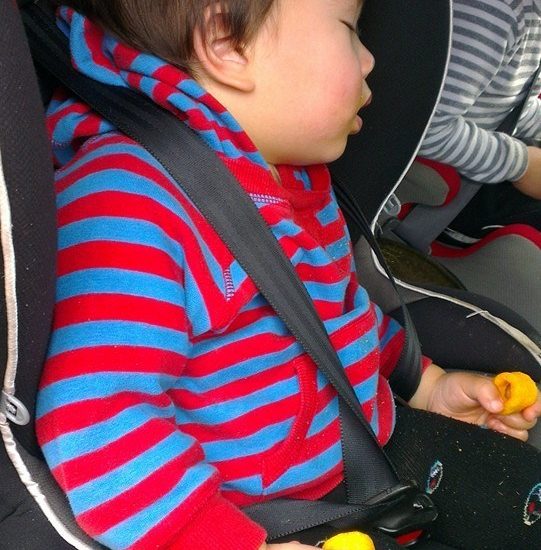 After taking two months off to help our transition back to Australia, I went back to work.  It is nearly six weeks ago now, but if feels like only yesterday.

I loved having more time to spend with the kids, and then when they went into full-time care, the opportunity to resemble and sort out our life from boxes.  (Still ongoing.)  I had naively thought I would have realms of time to do decadent things like lunching with girlfriends, but actually the process of shifting back, unpacking boxes, filling out endless forms for child care benefits, claiming lost shipping boxes, decluttering, restocking our kitchen cupboard, seeing friends, insurance for the house, rego for the car, getting the television connected, setting up broadband and wifi access etc etc etc took almost two months.  Single friends seem to have just slotted back into work, but we are still keeping immunisation records translated, thinking about schooling options for next year and there are still friends we haven’t caught up with.

The night before I was due to go back, I carefully ironed the outfits I planned to wear, and after the kids went to bed, had a bath (a rare luxury) and tried to have an early night myself.

Then the alarm sounded.  An hour early, at 5.45am rather than 6.45am, because I forgot to reset the alarm clock to daylight savings.  I got back to sleep for a while, but then Little A work up sometime after 6.00am.  Hubbie settled him, but still I didn’t quite get back to sleep.

So I got up and meditated (a necessity I try to enjoy every morning, even if it is sometimes very short), got dressed and made porridge.  Ah, but I forgot to iron my favourite red coat and the weather was foggy and colder than I expected.  No worries, I put on a warm scarf instead.  It didn’t quite colour coordinate, but it would have to do.  I looked at my reflection in the microwave:  my hair had gone wonky overnight and it is a seriously bad hair day.  I tried to slick it back.

I convinced the kids to turn off the TV, put Little A into his special chair, fastened on his bib and he started to eat the porridge I had made.  Domestic bliss.  Then Little A vomited.  Everywhere. Surprisingly, he seemed okay after that so I let him finish his porridge, the kids fought over putting tiny teddies into their porridge, and then hubbie changed Little A’s clothes and we trundled them into the car.

We were running a bit late, not as early as I would like for my first day in a new job, but still okay.  Then we hit traffic.  No worries, hubbie turned our car around and we backed up to take a detour through Coppins Crossing.  This is a special backway through an idyllic rural setting in Canberra, where we saw cows and horses and lots of greenery.

Or at least it used to be like this, because now a new housing estate is encroaching on much of it.  Big A had so much fun spotting the bulldozers and other earth moving equipment.  I am always amazed at how much little boys like these ‘Bob the Builder’ type toys.

Then the tricky bit: which way to go?  The roads had all changed.  ‘Straight ahead,’ I said, but hubbie took a sudden left turn in his confusion at the construction.  Uhh ohh, now we were heading back to where we had come, making a giant loop back to square one via the Parkway.  I was going to be very late on my first day to work.  Not a good look.

Just then, I heard an uncomfortable, choking sound from the back seat of the car.  Little A had thrown up, spectacularly, and there was porridge everywhere.  And to make matters worse, the traffic had slowed down and we were now stuck in traffic.  Little A was crying because he was covered in vomit and wanted to get out, and Big A was upset, too, because his brother was so upset and it smelt.  I couldn’t get to either to them to comfort them, and there was no way to turn off to sop up the mess.  But thankfully, the traffic cleared as if by a miracle and soon we were on our way again.

Ah, the joys of parenthood!  Hubbie dropped Big A and I off at childcare, I deposited him in his room, and went to work.  Somehow I had gotten regurgitated porridge over my scarf (but thankfully not my neatly ironed outfit), so I discarded that as well.  I was late on my first day, but not as late as I thought I might have been.  Hubbie headed home to spend a day looking after Little A.  I am so lucky that he is a hands on parent, who was happy to spend the day home with a sick child.

The first day back at work was otherwise smooth, other than confusion about resetting computer accounts and filling out numerous forms.  The rest of the week, however, was rocky as on Wednesday afternoon we got the dreaded phone call from childcare:  Little A had loose bowels and we had to take him home for at least 24 hours.  It ended up being two and a half days of time at home, with hubbie and I taking turns to stay home.  Not a good look in a new role, especially as I found out that I the only one with young children in the branch.  I have had a lot of educating to do about needing to leave on time(ish) to pick up kids.

The first week back definitely showcased the unglamorous side to being a working parent.  Still, I wouldn’t change my role a parent for anything.  And I am lucky that I happen to really feel that my work is meaningful as well.  I am still working out how to balance these dual roles without a maid, but so far we are coping.  But some days better than others.  I am learning not to be perfect: