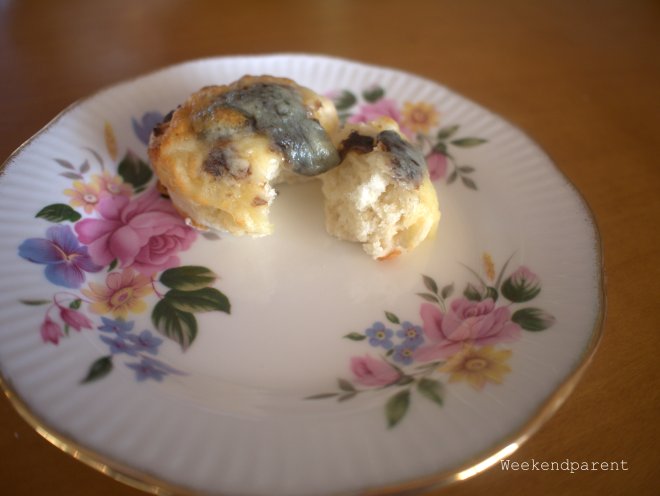 I blame it on Vegemite Chocolate.  One minute I enjoyed the occasional dab of Vegemite on a crumpet, but now I have become obsessive.  Even afternoon tea baking features Vegemite.

Yesterday, Liz from BizzyLizzy’s Good Things asked my opinion about Vegemite chocolate. Being frugal, I admitted I had not raced out to try to find a supermarket that still had it in stock at inflated prices.  I was interested, but not that interested.  But after Liz dared me, ever so politely, I decided to put Vegemite and chocolate to the test.

Now I am craving Vegemite.  And I have developed a liking for Vegemite and cheese scones.

My Nana always used to make cheese scones for her famous morning teas she held for her favourite neighbours.  I have such a sweet tooth, but sometimes it is nice to have a savoury option.  These are quick and easy to make, and also exceptionally frugal.  Just the thing for afternoon tea.