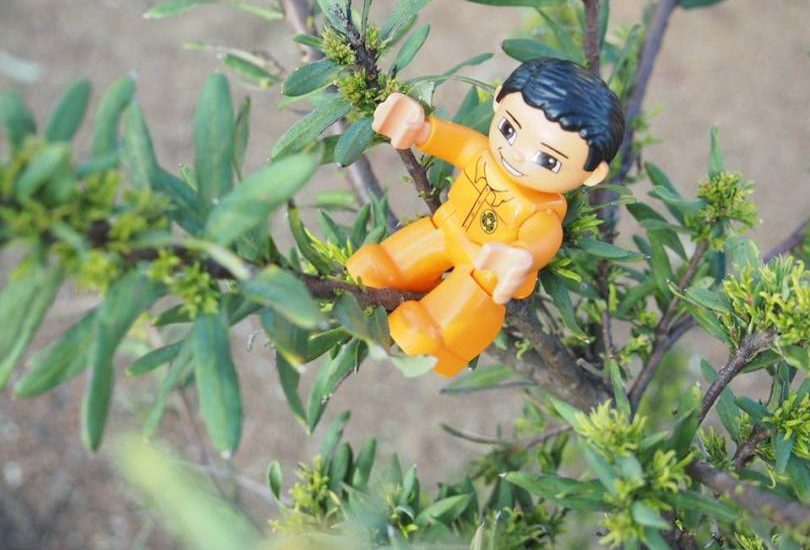 On holidays a few months ago visiting my family on the Gold Coast, my kids and I went shopping at Pacific Fair with my mum. Nothing unusual there.  What was unusual was how I approached shopping with kids.

As soon as we arrived, they spotted Target.  “Toys!”, they immediately chorused.  I don’t regularly take them toy shopping but recently I let them spend their pocket money on Sky Lander trading cards.  We went to Target before finding them on special at Big W.

The dilemma then was how to approach being in a shopping mall with kids.  My seven year old gets around $5 a week (depending on how many chores he does).  His four-year-old younger brother usually gets a lot less (he does fewer chores and is only starting to become aware of money).  We talk about money a lot, and they are becoming aware of money.  We are not perfect – I think it is hard to escape modern consumerism especially when they are at school and see what kind of toys other kids have. But they are starting to become aware of how much things cost.

The boys had been with their father on holidays for a week and hadn’t had their pocket money that week.  So I decided that I would give them both last week’s pocket money and this week’s then and there – I would give them $10 each.  They could spend it, or save it, or do whatever they wanted with it.  Then my mum and I let them loose on Target.

Mum was quite amazed I think to watch them at work.  They were very much aware of how much they had to spend, and the limits in which they operated.  The honed in pretty quickly to the things they wanted – down to Pokemon or Lego Nexo Knights.  Then they wanted to compare prices. Not everything had prices, so they had to check how much it was for the price check machine.  They each found boys that cost $15 each, and it was tempting at this point to just pull out the plastic card and to pay the extra for them.

But I desisted and just let them go.

Then they started bargaining.  My youngest is quite a shrewd negotiator.  He started begging his older brother to help him buy a $15 package of Lego Nexo Knights by contributing $5.  That would have meant that my eldest would have only had $5 to spend on his own purchase, and wouldn’t have been able to get what he wanted.

“What do YOU really want,” I asked my elder son.

“OK, well you can borrow the money from Mama bank and pay me back from your piggybank when we get back to Canberra if you like.”

But then after only a minute or so he changed his mind. “ I want something else.”  He raced back in and bought two power packs of Lego Nexo Knights – total price $10.

When we got to the checkout, we learnt that the Lego Nexo Knights was actually on sale, so I only had to contribute an extra $2.

“Do you think you might be able to help at chores while we are staying with Grandma” I asked?

I am fully expecting him to forget, and I fully plan to enforce it.

The point of this exercise was that the kids have responsibility and ownership over the toys they buy.  I didn’t spend a lot of money and to be honest, I could have just spent a fortune in a gift shop like I see many parents do.  I mean, we are on holidays, and I want them to have a super fun time. I only spent $20, which was very close to what I would have given them for pocket money anyway.

What I often see happening is parents buying toys for their kids hoping to buy their love. “Would you like this,” one parent might ask.  “Or maybe this?  What about this one?”

Maybe you think I am joking.  But I once went on a trip with a parent who bought her kid an ice-cream – only to bring it back to find her daughter didn’t even want it.

I don’t try to buy my kids love.  I am their parent; I am not trying to win their friendship.  Sometimes they tell me they hate me because I don’t let them have what they want.  I also (shock horror) make them brush their teeth and go to bed.  So be it.  I feed and clothe them and try to keep them safe. If I manage to raise them unspoiled and to understand the value of money that is an added extra.