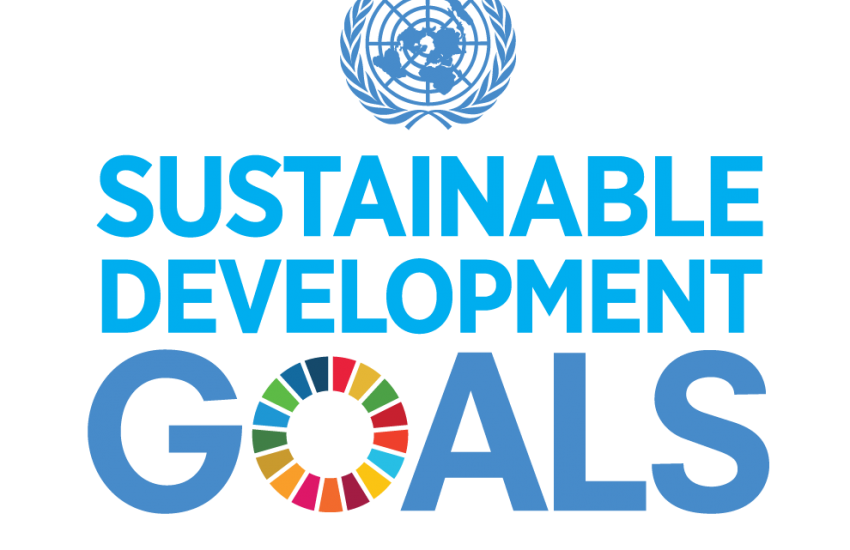 We often think of aid as being something you do ‘out there’, specifically only in terms of overseas development assistance. But I strongly believe that aid begins at home.

I recently attended a training course that looked at a certain industry sector through the lens of the United Nations Sustainable Development Goals 2030 (aka SDGs). There were a lot of people with technical aid experience, including consultants and people at the coalface of policy and program delivery, of which I am not one. In the afternoon we broke out into groups to discuss topics.  The idea was to identify reasons for common problems and then solutions.

“Perhaps we should look at a communications plan for better promoting what the SDGs are?” said someone at my table.

“Oh, there’s no need because everyone knows what the SGDs are,” answered someone who I admire, whose career is several rungs higher than me.

“Ahhh, well, funny you say that,” I answered.  “We work in the same organisation, but I have no idea really what the SDGs are. That’s why I put my hand up to go on this course.”

Shocked silence at my lack of knowledge ensured.

ButI did a rough poll, based on my dear Dad (who took me out to dinner since I was visiting his town for the conference), my Neil, and my neighbour.  None of them had heard of the SDGs.

The SDGs are important development milestones formulated by the United Nations. They set the framework for how to focus overseas development assistance (ODA), and ODA several measuring and evaluating tools are based on the SDGs.  They replace the 2020 millennial goal.  On the course I was on, some people joked that the lofty 2020 millennial goals failed to be realised, so they added a few more and stretched it out to 2030.  No one has the answers to making the world a better place, and as the population expands the challenges to ensure equality in the world is becoming acuter.

I think half of the problem is that we tend to think of SDGs as belonging to problems ‘out there’.  We need to rush off and help the poor of the world, someone else who has a problem rather than looking at ourselves. I’m overly simplistic, but I do believe that the SDGs are important and inclusive goals for everyone.  In this sense, charity begins at home.

Yes, living in Australia we are incredibly privileged and lucky.  We do not face some of the terrible problems such as infant mortality or lack of basic education or access to clean water that many people face daily.  But there is some stark inequality in our communities between those that have a lot, and those who struggle. A recent report by the ANZ found that one in three respondents are treading water financially.  And Australians carry some of the highest levels of personal debt in the world.

It’s a big call, but I am going to announce that I believe that the Ms Frugal Ears project, or vision, is aligned with several of the SDGS.  Here is why:

The causes of poverty are complex.  Some people are born into a cycle.  Others face disability and gender challenges. Others are just unlucky.  There are structural reasons for inequality, although some people can lift themselves out by personal ambition. (In saying this, I do not wish to imply that it is anyone’s fault that they are poor. Sometimes people are born into truly shitty circumstances. It would not be fair for me, as a lucky Australian born into a middle-class family who enjoyed private school education and works in a secure public service job, to insinuate that people are poor because they are dumb or not driven enough.)

The Ms Frugal Ears vision can reduce poverty by helping with financial literacy. One reason people don’t have much money is that they don’t understand it.  If you have grown up without a language about how to save and invest, even small amounts, you are unlike to go out and invest in shares or derivatives suddenly.  Your mindset might have been conditioned to believe that you will always be poor, you can never afford a house, or that it is hard to get a job for instance.  Many financial literacy programs in Australia start with basics such as how to put together a budget and how to make small savings.  These are not skills that everyone is born with, nor is it taught well in schools.

I’m here to say that life is abundant.  It is not a sin to have money; in fact, abundance is a natural and normal part of life.  (The issue, as I see it is with attachment to wealth, which is a different but related issue.)  I want to inspire people to believe that achieving financial independence is not only possible but achievable.  Financial independence means something different for everyone, and everyone comes at it from a different base and/or perspective. But I do believe that financial literacy is fundamental to reducing poverty as it helps to show the power of savings and investment.

A few years ago I was privileged, again through my work, to hear a presentation by a senior official from the World Food Programme.  It is a fascinating, inspiring and deeply troubling area. While many people in Australia and elsewhere struggle with health issues related to obesity, millions are starving in the world.  While approximately 767 million people live on less than AUD$2 a day, one in five bags of food in Australia is wasted.

It is not as simple as having us eat less so that other people can eat more, although as the world’s population expands the issue of having enough space to grow food will become more urgent.  Hunger problems are often caused by the supply chain being disrupted through conflict, political situations and natural disasters.  This also makes it difficult to transport necessary and appropriate food to those who need it most, when they need it most.  Although there is a move to source supplies locally or regionally where possible, there mightn’t be anything available.  Or the nature of the contingency might make it difficult or even impossible to transport food supplies in.

The food issues that many of my readers face are different. Or at least, I hope my readers are not starving and malnourished. That said, the need shown by people who receive emergency food supplies through Foodbank and associated organisations – especially to those who are homeless – shows that the need is real even in affluent cities such as Canberra. My local church, through UnitingCare Kippax, assists around 65 people in Canberra a day.

From my non-expert perspective, one of the problems in Australia is that we have become disconnected from how food is grown and produced.  Not everyone knows how to cook, let alone cook low-cost meals.  And very few people grow their food and even fewer know how to forage for food.  I hope I do not have readers who need to forage for survival, but if they do, I want to provide the tools for them to do so confidently and in a way that promotes good health.  I hope that Ms Frugal Ears is helping to empower people who have a limited food budget.

I am not a conspicuous consumer, nor (unlike much of what is out there on social media) do I promote a vision of the joys of conspicuous consumption.  I am focused on reducing waste, especially for food, and reducing clutter.  The Ms Frugal Ears vision is one of appreciating what you have and focusing on the joy in your life, such as through the relationships that you have, rather than ‘stuff’.

For example, in recent times there has been a lot written about the problems associated with fast fashion – buying too many clothes that are produced in sweatshops with dodgy labour conditions, and landfill being filled with fashion we don’t need. This week is Fashion Revolution Week, which marks the 5th anniversary of the Rana Plaza factory collapse, in which 1,138 people were killed.  And in Australia, we throw away 6,000kg of clothes to landfill every 10 minutes.

I am proud to be a frugalista who wears second-hand clothes (thanks go to my sis, Spring, for many years of giving me fashionable items from her ‘boutique’). I support several local fetes, church fairs and op shops in my area.  I am proud to be part of community organisations such as the Buy Nothing Project that encourages items to be gifted to others rather than thrown out and wasted.   I was happy to downsize from a four-bedroom house (with granny flat) to a much smaller inner city apartment that allowed me to exercise more, getting rid of ‘stuff’ that was holding me back from good health and happiness. I try not to buy disposable things like water bottles because I prefer to save money and help the environment.

Over the last few years my values were tested.  I dated people, well one, who didn’t share the same values as me. At times I felt like frumpy old second hand rose in the face of the brand name standards I was surrounded by. But it didn’t make sense to me that I would put myself in debt to fund a conspicuous consumer lifestyle. Who was I trying to impress?  Wasn’t providing for my boys and our financial future more important than too much stuff?

I don’t expressly spruik a responsible consumption narrative, but it is implicit in everything I do.  I don’t buy as much as many people, but when I do spend money I want to know that it is good value and good quality.  I want my money to count, and I want to spend my money wisely.  The best way to demonstrate the importance of responsible consumption and production is to model it yourself. Not only will you save money, but you will be living a life consistent with SDG 12 as well. Pretty cool.

I could perhaps argue that the Ms Frugal Ears vision also encompasses SDG 3 – good health and well-being (eating less and exercising more, e.g. walking and cycling), SDG 7 – affordable and clean energy (using less energy and promoting efficiencies) and SDG 11 – sustainable cities and communities (designing lives that focus more on people and community, e.g. moving closer to schools and places of work than shopping malls, and being active in the community).  These are less direct outcomes from the Ms Frugal Ears vision.

Maybe it seems a bit cheeky of me to suggest that the Ms Frugal Ears vision has the solution to world peace and inequality. I can’t solve all the world’s problems, and it would be arrogant of me to suggest that it would be easy or even possible to do so.  But many of the pressing challenges we are facing globally, primarily climate change (SDG 13), will require fundamental shifts in the way we consume.  Happiness does not lie in stuff, nor does global wellbeing.  It starts with the small decisions we make daily about how we live.  You are more than a frugalista – you are a global ambassador for the Sustainable Development Goals, and the benefits of the changes you are making to your lifestyle are reverberating around the globe.  Stand tall and be proud for choosing to live your journey.

What do you do that is both frugal and in line with the Sustainable Development Goals?