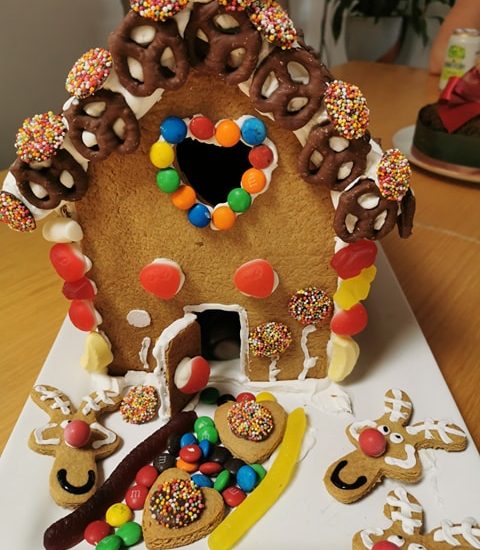 Did you have a Merry Christmas? On the surface, my Christmas holidays look much like everyone else’s: time at the beach, Christmas with family, movies, dining out and then hitting the Boxing Day sales. We certainly don’t go without per se. But it’s the little ways that we tweak it that demonstrates my frugalista traits.

Firstly, the beach. We have good friends who live on New South Wales’ South Coast, and I drove my boys down there to spend three days with them to get away from the smoke haze (and heat) in Canberra. To be clear, I don’t advocate freeloading and overstaying your welcome as a cost saving method. But if you do have good friends and family – visit them. To me, it’s more about the journey and connecting with people who are important to me than the destination. We spent a wonderful three days walking to the beach and back each day, playing board games and cooking (and eating) gourmet food – all while talking and laughing and catching up. That’s an experience a hotel room can’t buy.

We are very conscious of the bush fires that are raging havoc nearby. We were lucky to have even been able to drive down to the coast and back as the main road that Canberrans use on their annual pilgrimage to the beach been closed for several weeks – and the road we used just over a week ago has now closed. My in-laws were evacuated from their country property a few weeks ago, and thankfully their home was saved when the wind changed. As I type this, I’m hearing about the devastation along the New South Wales South Coast and I can’t help but think back to happy holidays spent there, and friends and family who live there. It seems almost inconceivable that that area is under threat.

My sons have been looking forward to the next Star Wars movie for months, watching all the trailers. I won’t spoil the movie, but they liked it. A lot. This was super frugal because Grandpa bought the tickets (thanks Dad – I love how you focus on experiences rather than presents). But seriously, it was such fun going with all three generations. I saw my first Star Wars movie with my Dad, and now we went with two super keen little boys in tow. And I saved Dad money by using the Entertainment Book to get a discount AND foregoing popcorn and taking our own water (okay, not a popular one with my boys but they lived with it). I was reflecting that I hadn’t been to the movies for a long time – I can’t remember when. I do like going to the movies, but for us it is a treat rather than something to do regularly.

We also ate out a bit, but once again nothing too expensive. I took a group of good friends and family to a buffet at the Burns Club – those who live in Canberra know that it is exceptionally good value and definitely not expensive for what it is. Rather than give tacky Christmas presents to people I wanted to thank, I took them out to dinner instead. And it was great to catch up and chat.

And finally, I went shopping in the Boxing Day sales. I haven’t been shopping in the sales for some time. The catalyst was that (despite asking for no gifts) some generous guests gave us David Jones vouchers for our wedding in September 2018. Yep, over a year ago. More than a year ago. And I STILL hadn’t spent the money. (Note: I have consulted my husband on how to spend the gift cards, after all it was OUR gift, not mine. But he left it to my discretion.)

Walking through David Jones was surreal. This is their third sale I have been to with gift cards in tow. And I really struggled to spend them. This is not an indictment on DJs – their customer service is excellent and the quality of their items (e.g. David Jones brand) is also very good. It’s just that we have nearly everything we need – and want. We live in an apartment and there isn’t that much room to store stuff anyway. And when I do want to treat myself, I usually go to op shops.

In the end I did spend my/our gift vouchers – and ended up spending a bit extra. I bought lingerie and a beautiful cotton quilt cover. I didn’t really need either, but I do like what I bought. Actually, I bought the quilt cover online so that I could take advantage of 8% cash back through ShopBack. I looked at the beautiful fine bone China sets at DJs but decided an el cheapo would be better at this stage as I won’t be upset if my boys break them. Separately, I bought cutlery on sale at Harris Scarfe, and a new dinner set from Big W. We do in fact have crockery – and cutlery – at home. We don’t eat off the table! But the crockery dates back to the early days of my first marriage, as does the now (largely mismatched) cutlery set. I decided it was time to start with a clean slate.

And throughout all of this Christmas and post Christmas shopping, I started to think about relationships, joy, and stuff, and decided on a new challenge for 2020.

Did you watch the Tidying Up with Marie Kondo last year? It had an effect in our household (I’m still folding our clothing neatly-ish). But what really struck me was the effect it had on people decluttering. Most op shops were full – so full they could not take anymore for months. And despite many op shops moving away from bins, some people just dump their no longer joyful purchases, which costs charities a fortune to sort and dispose of.

The message from this form of decluttering seemed to be that if something doesn’t bring you joy, then get rid of it. I still have nightmare visions of the dozens of plastic garbage bags full of stuff on Tidying Up with Marie Kondo. Presumably it was being gifted, and presumably, it wasn’t just going to the tip, and presumably, also it led to a long term change in consumption patterns. But that connection wasn’t explained.

Decluttering in a mindful, meaningful way takes time. It’s something that ideally shouldn’t be rushed. Of course, when people are moving or decluttering in a hurry it often is. But I do believe that if stuff has found it’s way into your life, you have a responsibility to see that you resettle it in a meaningful way.

Neil and I both did a big purge around three years ago – for different reasons. I sold my four bedroom home (with granny flat) and moved into a three bedroom inner-city apartment. With my Dad’s help, we had a big weekend cleanout (with thanks to my local Buy Nothing Project group friends for taking many items.) Even after I moved house, it took me several months to clear out stuff stored in my storage container. I still have a cage in my basement garage that is full to bursting.

Neil lived in a five bedroom house with adult children. When he became suddenly single, he had the job of getting rid of most of the stuff. He decluttered a lot, and we also used quite a bit of furniture to deck out an AirBnB. But he still has a shipping container 3/4 full of stuff at his parent’s house (which came too close to the recent fires for comfort).

The last two years have been busy for us. We met, married, I wrote a book and both of us have had a lot of work travel (he’s currently in Spain for a few months). While we have decluttered a bit, it hasn’t been our main priority. My Neil kind of moved in by stealth, and we never really had a conversation about how to make my apartment a joint home. And bit by bit, our apartment started bloating again.

With the bushfire crisis, I can’t help but think about how lucky I am to have more than I need when some people have lost everything. And also, the crisis brings home the imperative to change my over consumption patterns and to embrace sustainability. This isn’t a challenge about being a minimalist, but by focusing on giving away what I have in a meaningful way, I will also be reflecting on what I need and how to avoid accumulating more.

Ideally, I will try to give away something every single day but functionally, I might need to tweak this a bit. For one thing, I will be visiting Neil in Spain in mid to late January and I suspect it might be difficult to arrive in a new place and give stuff away. (For the record, Neil said I should not to lug a load of crap over to Spain with me and he’s probably right.) My sister, Spring, who many of you may know from The Joyful Frugalista Facebook Group, has kindly offered to takeover the challenge while I am away. (Thanks, Spring!)

So this is how the challenge will work:

I’m really excited about this challenge. I hope you will support me! And maybe even join me on a decluttering challenge of your own as well! I would love to see any giving away photos you may have – please tag me and also use the hashtag #joyfulgiving366!