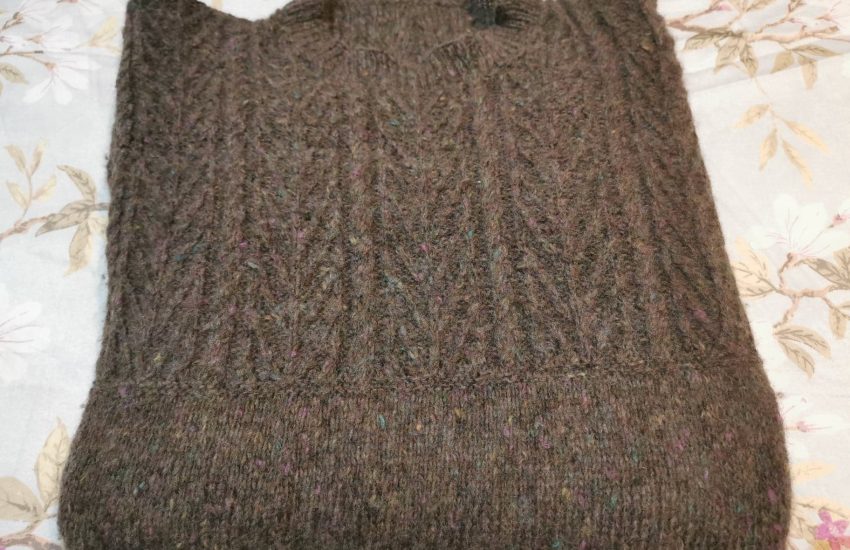 I know this has been a hot summer. But yesterday was super hot. It didn’t stop me finishing my knitting project, though.

As the Orroral Valley fire burns to Canberra’s south and the ACT remains under a state of emergency, we ventured out shopping. To Costco.

I love my Costco membership. Their electronics are fab and they have lifetime warranties on things. My kids (well, me too to be honest) love the samples, and there are several products that you can only buy at Costco.

We ventured in today because Neil needed more medicine for his heart condition. And we needed to go to Costco because I was out of the bulk Manildra baker’s flour I use to make sourdough bread. We also wanted to buy a roast BBQ chicken to avoid doing any baking over the hot weather.

We bought some school shoes for my eldest son. He has cerebral palsy and currently needs to wear an Ankle Foot Orthotic. He needs sturdy shoes to support his AFO, and perhaps because of his disability, he seems to go through shoes quickly. His current pair, bought not long before Christmas, was completely worn out with the soles falling apart. We have learnt that it is false economy to buy cheap, poor quality shoes for him as he wears them out quickly. That said, we save money by buying quality shoes at Costco or end of the line shoes at discount stores. (He also fits into women’s shoes, which can often be handy for getting the best deals.)

I think nearly everyone in Canberra had the same shopping idea. Costco, and the adjoining shopping mall, was packed. It was ridiculously full. Outside it was super hot – when we got back to the car it said the outside temperature was 45 C (at 1.00pm!) Inside was artificially cool but crazy busy.

We went shopping because we had things we needed to buy, and we bought what was on our list. I feel very grateful that I can afford to buy things that my family and I need. But as I looked around, I just had this surreal sense of things being oddly normal amidst the crisis. Outside, firies were fighting an out of control bushfire. Planes heading to the fire ground were taking off and landing from the airport next door. Our current unseasonably hot summer and dry conditions are fuelling this fire. There is no hiding the reality of this.

But inside, it was consumer heaven. The air-conditioner was working overtime and it was lovely and cool. People (including us) were gorging on oversized ice creams, and $1.99 hot dogs with bottomless sodas (soft drink) inside the protective dome. Around me were people with full trolleys jostling to get in, get out, or buy more. There was so much single-use plastic it was ridiculous.

It made me realise how much of the lifestyle that I take for granted, that I’ve grown up with and my kids have grown up with, will need to change. It won’t change overnight and I do believe that major retailers (and consumers) are already starting to make the change. But ultimately, it’s not sustainable. As much as I like cheap hot dogs and bottomless soda. (And no, I don’t think my kids will let me make them give up their Costco treats anytime soon.)

It was overall a slow day for #joyfulgiving. But we did do one thing: Neil and I watched documentary Minimalism: A Documentary About the Important Things together on Netflix.

Firstly, as a frugalista, I feel the need to talk about streaming. I never owned a Netflix account before I met Neil. He had one, so he introduced it into our lives. We used it a lot at first, but not so much as the months went past. We are just too busy doing other things, like cooking, talking to each other and writing a book. Oh, and Youtube Karaoke Fridays and Rummy-O and Monopoly sessions.

But we retained Neil’s Netflix account because we use it for our AirBnB – our place in Scullin has a Kogan TV that has our Netflix account pre-programmed to be used in the click of a button. Several guests have considered Netflix a factor when booking the accommodation, so we are keeping it. Each Netflix account has the option of at least two people using it, so we use it as well. Our plan costs us $13.99 a month.

Recently, I’ve been trialling the Amazon Prime offerings and they are quite good. We retain Amazon Prime as we have bought some good tech stuff, mainly for podcasting, through them over the last twelve months and we anticipate we will buy more through them in the future. I’ve watched some Prime Video movies with my kids over the long, hot summer and they quite liked it. I found the app easy to download and use. It costs $6.99 a month, which is less than half the price of Netflix (plus with other membership benefits, including expedited delivery).

Minimalism: A Documentary About the Important Things

Back to our viewing habits.

I was expecting to hate this documentary by The Minimalists. Really, I was. For no good reason other than I thought it would be preachy. To be honest, I was worried that I wouldn’t live up to The Minimalist standard. Well, my apartment isn’t really that stark, and I love clothes so would struggle with just 33 outfits (although I quite like the challenge of capsule wardrobing when travelling). But a lot of the principles really resonated with me – especially the references to Buddhism and meditation, and an ambitious corporate life not bringing joy – and I was glad I watched it with Neil.

A few days ago, Neil and I had a conversation about what we would pack in the car with us if we were ordered to evacuate due to the current bushfires. We think it is unlikely we would be in fire danger in our inner-city concrete apartment. But stranger things have happened.

Neil’s answer surprised me. “Clothing, food, water – that’s about it,” he said. “There’s nothing I’m really that attached to.”

Both of us have been through a divorce, and both of us have gone through the experience of having our household possessions divided. We know what it’s like to part with things. We both also downsized considerably to move into my apartment, and while neither of us fully completed the downsizing process, we know what it’s like to let go. Simply put, we’re not that attached to stuff. Which will make it much easier to sort through and give away things.

And the jumper is finally finished

While watching The Minimalist, and when it had cooled down to only around 35C outside, I sewed on the final sleeve for Neil’s jumper. I’m not sure if giving a handmade jumper to one’s spouse counts as giving (after all, we live together in the same apartment so it’s not going anywhere), but I’m claiming it anyway.

One of the things I want to sort through this year is many of my half-finished craft projects. I love crafting. I picked up crocheting and knitting again when going through my divorce. There is something deeply therapeutic about the rhythm of both crochet and knitting. Plus I loved being able to create something. Having worked in a government policy role, I often struggled to identify a tangible outcome from my day job. It’s not just me: modern office work is often like that. Identifying success – or even meaning – is often difficult. When I work on a craft project, however, I know I am doing something that I can actually touch and feel.

Thankfully, Neil likes his jumper and says he will wear it when we go skiing in winter. (He wasn’t about to model it in 40C+ weather, and I don’t blame him.) Right now, cold weather feels like it will be a long time coming.

Have you watched the documentary The Minimalist? Did you like it? Why? Why not?