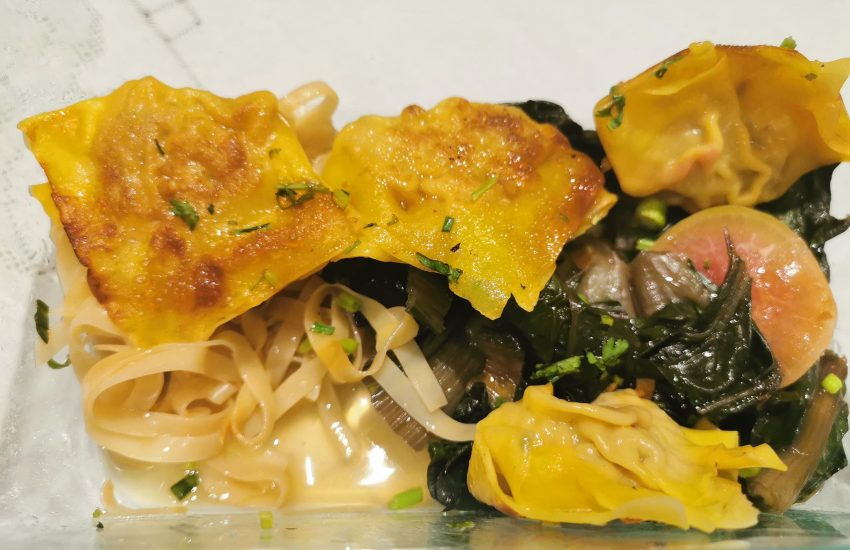 One of my reasons for quitting work was a sense that I was always saying “we should catch up” to people, but never really following through.

Neil and I are blessed to have many friends. And we often catch up with our friends and family. We have a whiteboard at home that we use to track our social engagements. It can be tricky with work and co-parenting arrangements to find the time.

It was sometimes next to impossible when I was working full-time. Every evening – and most of the weekend – was busy as I built up my ‘side hustle’ into something else. Every night I would cycle home, pick up the kids (or Neil or my ex would), cook dinner, do some washing (thanks Neil – I know you often did this), do the dishes, sit down at my computer for maybe 30 minutes if I was lucky, put the kids to bed, then be at my computer until late. Weekends were when I tried to catch up.

One of my reasons for leaving full-time work was to get some balance back into my life, and into my friendships. I was worried, at first, that after I left work I would be isolated and would not have anyone to talk with. I’m an extrovert so I like being around people. I used to work at home one day a week, and often I would really struggle with not having anyone to talk to.

Yet, oddly, I’ve found that post work I am catching up with people more regularly – and meeting new friends, too. Actually, I’m feeling like the universe is sending me the right people at the right time. When I need to know about something, learn about something or connect with someone who has positive energy, I tend to meet someone who helps me. It’s like a whole series of amazing, positive signs.

Last year, I decided to join Zonta – a service organisation committed to empowering women. Through that group, Misty Henkel, author of Overcoming Obscurity, invited me to attend Business at Breakfast – a weekly networking session held on Thursday mornings at EQ Cafe, Deakin. I am meeting so many amazing people through there.

Such as Alyson Williams, a life and mindset coach, who has founded Power Your Life Coaching. At the first session I attended, before jetting off to Spain (and getting sick), Alyson spoke with passion about the work that she does to empower women, especially those over 40.

After the networking session, she invited me to join her and other (mainly mums). A lot of small business owning women with school age children struggle to connect with other business owners – especially after hours – so the “after the meeting meeting” is especially important. I think it’s where the real networking business begins.

Unfortunately, I couldn’t stay on after my first meeting, but I did linger yesterday. I also had a hunch that Alyson might like this fabulous book by Kelly Doust called The Power Age: A Celebration of Life’s Second Act.

This is an amazing book. It’s not what I expected. It’s so incredibly stylish, and such a celebration about powerful women with purpose. I was privileged to interview Kelly recently on the This Abundant Life podcast.

I nearly didn’t get to the 6.45am networking event as our car had problems. It kept coming up with odd codes and not changing gears. Neil said he had noticed this problem the night before. He thought I would be okay, but I wasn’t really. In the end, he drove me there and I took an Ola home.

The car issue put a dampener on my activities. I live in inner-city Canberra, within walking distance of the CBD. My apartment is next to the light rail. I like to cycle. Yet still, there are a lot of places that are downright inconvenient without a car. Like getting to a networking event on the other side of the lake at 6.45am.

Maybe it’s just my conditioning. Because I haven’t used the public bus for a long time, I’m out of practice. My friend Erna recently showed me how you could send an SMS with a bus stop number to get a link to the most convenient bus routes. That’s one to try. And maybe next week I need to cycle there.

I had planned to drive to see my friend Evangeline Lam aka @nilbarcodefood. I last saw Evangeline in December, when she appeared on the panel after the Canberra screening of Playing with FIRE to talk about her frugal journey.

Evangeline works part-time and on Thursdays, she is home with her two-year old daughter, Eden. I thought it would be easier for me to go to her, but as it turned out, I didn’t have wheels. We were going to reschedule, but then she decided to come to see me.

Eden is so cute now! She was such an adorable little girl. I love my two boys, but I always secretly regretted not having girls.

Evangeline turned up with the most amazing homemade wontons, and yummy green vegetables and watermelon radishes. Her vegies were courtesy of a local farm, Burrabee Farm, which delivers the boxes weekly.

A few years ago, I gifted Evangeline four tatami mats. We had five tatami mats tailor-made when we lived in Taiwan to fit into my (previous) marital home in the suburbs of Canberra. Taiwan retains some surprisingly traditional Japanese cultural practices. The shop in Tainan, southern Taiwan, where we bought the tatami from still weaves them in a traditional way.

I loved my tatami, but in my apartment I had nowhere to put them. Evangeline recently read my recent post about Japanese chairs, and is now seeking to gift forward one of her tatami mats. She has three of them set out together, but one is an odd shape.

Our catchup up was prompted by Evangeline, who wanted some sourdough starter. She delivers kimchi-making sessions at the Canberra Environment Centre, and she encouraged much of my interest in fermented foods. So of course I sent her home with sourdough starter, some bakers flour to get her started, and also instructions on how to make sourdough bread. I’m sure she is going to come up with some fabulous creations, especially as she has a new combi steam oven. [Note from Evangeline: prima facie not a frugal purchase, but it is as it is to invest in quality over an el-cheapo appliance that might break down after a few years.]

I also tried to give Evangeline some jars for making kimchi. Ahead of our wedding in September 2018, Evangeline got some amazing jars through her Buy Nothing Project group for us to use as table decorations. “I really want this one back for making kimchi,” she said. I’ve been racked by guilt or almost two years about not having returned it. But guess what, it turns out she doesn’t want it in the end. “Ah, actually, I’ve got enough already.” To be honest, I’ve got a lot of jars as well but I’m going to keep this one for making cookies for my church’s biannual garage sale.

Evangeline and her family are proudly minimalist. For many years, they happily lived in a one-bedroom apartment, which was profiled in InStyle Magazine. They cycled everywhere and paid off the apartment prior to having kids. They stayed there until Eden, child number two, was born. Then they bought a townhouse that has a small garden – including a chook run, grapevines and a veggie patch – now paid off, too. They are proud minimalist urban homesteaders.

“I know you are a minimalist and don’t want a lot of stuff,” I said. “This is becoming a problem for people like me seeking to downsize – no one wants my stuff”.

Indeed, this was the subject of a recent article I read in Dallas Mums. Titled No one wants your stuff, it talks about the heartache of having to sort through her mother-in-law’s estate.

“I agree,” she said. “Having embraced minimalism, it makes me really think about stuff before being something. I mean, it’s not just buying it – it’s trying to get rid of it when you no longer want it.”

My Mum moves regularly and has kept her life relatively free of clutter. She has a saying: “how much would this fetch at a garage sale?” In other words, before buying an item she considers whether it would retain any worth whatsoever – if anyone would even want it – before she buys it.

It’s this weird contrast: on the one hand, most people have too much stuff – so much stuff that they struggle to find other people to take it. Yet on the other hand, they are so time poor that they never have time to catch up with friends.

“I agree,” said Evangeline. (You can tell we are friends who share similar values.) “Friendships and community are so important.”

In the end I did manage to give her some things, although I respected her right to refuse. This was my total tally for this day:

Comment from Serina: I hesitated before giving Evangeline Peepo! My boys loved it, too. I really enjoyed the story, which was about a family living in a happily cluttered home filled with love. Would a minimalist like it? Apparently – yes.

Have you ever felt like ‘stuff’, or the pursuit of ‘stuff’, became more important than people and friendships?