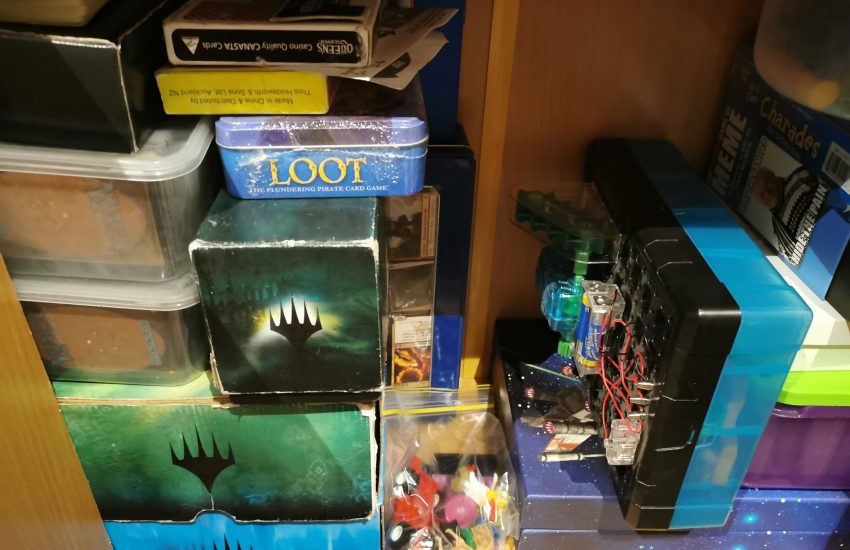 Sunday was family time – that that included shopping and household cleaning.

We took my boys to a ‘try out’ event to see if they want to play NRL. They really took to it. Well, at least the younger one did. I never grew up playing sports, and to be honest, I’m a bit apprehensive (selfish) about what this will involve for me as a parent. My Neil tells me the trick is to always take a hot thermos of tea with you as it gets cold on the sidelines. I guess I will be doing lots of knitting.

Afterwards, we decided to go to Costco. And that’s when it got a bit weird.

We immediately noticed the crowds. Over December and January, it had been quiet – eerily quiet – with many families evacuating out to avoid the smoke.

But not any more.

We had a strategic imperative to buy more baker’s flour and a big slab of toilet paper. We buy them from time to time. I keep saying I need to find a better alternative, like What the Crap, but for now it’s Costco. We went to the toilet paper area, and we looked, and we didn’t find it, and we looped around, and then Neil asked someone and found they were sold out.

“There’s no rush – let’s go during the week,” I answered.

Little did we know that nearly all of Australia has SOLD OUT of toilet paper.

Currently, we have eight rolls. Normally that wouldn’t be a cause for concern. But I have AirBnB guests – and I’m hosting a clothes swap on Sunday.

A while ago, someone posted on The Joyful Frugalista Facebook page about wee wipes.

I thought this was super weird at the time, but now I’m rethinking this. I mean, how long is it going to be until we get more? Maybe wee wipes are the answer after all.

Family cleaning (aka half an hour of power)

We’ve got a routine – once a week, we spend 30 minutes cleaning our apartment as a family. This means that my 7 and 10-year-old sons join us in a big cleanup.

To be honest, it’s not fabulously successful in terms of effective cleaning. It would be much quicker and easier if Neil and I just did it ourselves. But that’s not the point: I want my boys to grow up learning how to take care of their belongings – and themselves. I never want them to go into a relationship expecting their partner to pick up after them.

Much of our focus during the half an hour of power is on demonstrating and teaching them what to do. The fact that Neil, as a man, also gets in and helps with cleaning is already a powerful message. HOUSEHOLD CHORES ARE NOT WOMEN’S WORK. But oh my, my kids whinge and moan! There is a high degree of pretend helplessness. ‘I’m so tired! This is so heavy! I can’t reach this! I don’t know what to do! When is it going to be finished?

On Sunday, I sat with my 10-year-old and together we organised his Magic the Gathering cards. He has hundreds of cards, possibly thousands. He gets so excited when he gets new cards, and spreads everything out on the floor to make a deck. Then I find these cards discarded in odd places throughout the room he shares with his brother. He was mighty annoyed about having to organise them, but I wanted him to see just how many he had. And to be honest, I was sick of picking up after him.

Then I discovered two Crayola Star Wars sets. They hadn’t used them in over two years, and they were in almost pristine condition.

Do you still want these,’ I asked them.

‘But I remember how excited you were when Father Christmas gave them to you – you were really into it!’ I said.

‘Yeah, but that’s Christmas – you like things for like five, maybe ten minutes and then you’re over them,’ he answered.

Ah ha, that’s a big realisation RIGHT THERE and one to quote back at them. This same child cried on Christmas Day because he didn’t like the magic set that Santa gave him (one of his many presents). Then he threw a tantrum when his elder brother went to open it, even after he had said he didn’t want it and his elder brother could have it. It’s more about opening the presents than actually playing with the toys. Maybe next year they’ll get a big, colourful (recyclable) box. I’ll have to tell Santa

I gave another item away through my Buy Nothing group.

I had a white, Carole Hochman dressing gown I bought around seven years ago at Costco when I lived in Taiwan. At that time, I was really into a Taiwanese soap opera series called 真会找麻烦. I can’t remember the English translation. Anyway, I had something of a crush on the male protagonist. He reminded me of a younger version of my ex-husband. After the couple in that series had an, ah, romantic moment that involved a hotel room and white dressing gowns, I wanted one.

But this white dressing gown never really fitted me. And, well, memories of me trying to bring romance to a relationship that wasn’t really that loving anyway.

I’ve remarried now and I love, LOVE, my new golden dragon dressing gown that I bought (with my new husband) at an op shop to cheer myself up after an anxiety spell. So out with the old, and in with new, golden memories.

Someone in my Buy Nothing group picked it up, and she really loves it. I’m sure it will fit her and that she will create many fabulous, positive moments wearing it.

Are you stocking up in case of a pandemic? If so, what are you buying?