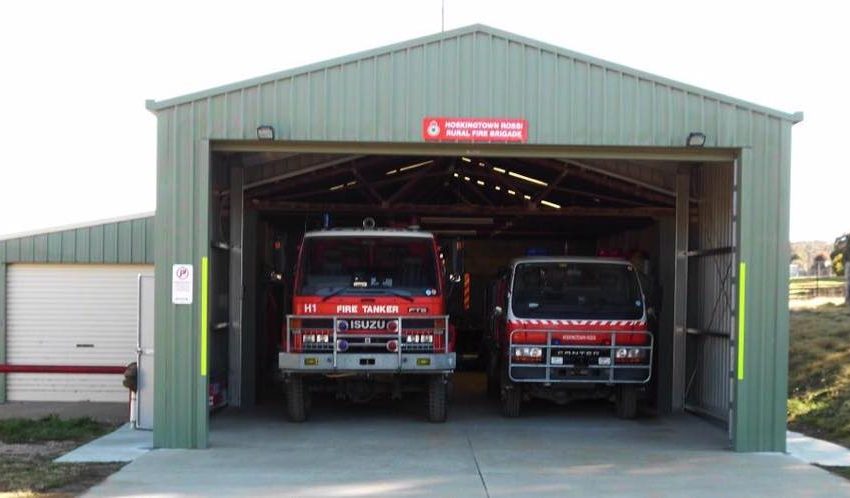 It’s been a crazy start to the year. And one thing that we have almost forgotten in the current toilet paper crisis is the bushfires.

Thank you to the local Rural Fire Service Brigade

On Saturday evening, the Hoskinstown War Memorial Hall hosted a (social distancing appropriate) small thank you BBQ to thank the Hoskingtown-Rossi Rural Fire Service Brigade. The brigade was first called out during the North Black Range fires that started on 26 November 2019. That fire was caused by three separate lightning strikes, with the fires eventually merging to form one giant fire. Much of that inaccessible county had not burnt in over 60 years, and it was so fierce that it skipped over hazard reduction burns.

The Hoskingstown-Rossi Rural Fire Service Brigade is small, with only 30 active members. During the fires, the brigade went out every single day it was asked to with all members being active (even my Neil, when he returned from Spain, went out for a day before the rain came). It was the largest continuous response the Brigade has ever engaged in during its 72-year history. The North Black Range fire threatened the homes of many in the community (including my inlaws) and even burnt the land of some RFS members. In addition, the brigade went out to support the Currawon and Jinden fires.

Normally, you would expect a big crowd for such an event. But on Saturday it was the smallest turn out I have ever seen at the hall, with everyone mindful of keeping an appropriate distance from each other.

Did you notice one thing? In the panic over what has happened, many of us have forgotten how green and lush it is. This whole area was dry and threatened by fires just over a month ago.

The event went as planned. The only potential hitch was sourcing supplies: the organiser had to go to four different bakeries to get enough bread! People bought items to share, and were mindful about touching any communal food items. I made mini cupcakes with Nutella icing. I was super careful with the handling, and despite the low risk, I still felt oddly guilty.

It’s a difficult time, and many people are concerned about their own supplies and their own wellbeing. But we need community organisations such as the Rural Fire Service, and we need to support them continuously – not just when there is a fire. And it was a privilege to be able to say thank you to this hardworking brigade.

Hunting and gathering for groceries

Before we headed out to Hoskinstown, Neil went shopping. He had a week and a bit to go to refill his script for his prescription medications, but on the advice on a pharmacist friend, he decided to go early in case of delays. He had no problems at all.

I sent him off with a short grocery list. “You mightn’t be able to get much on there,” I said. “Just do your best. And if you can’t get things, don’t worry. We have enough.”

He managed to source everything except bread improver. Yep, there’s a lot of people making home-baked bread. Apparently, bread makers have sold out – as have freezers. We can survive without bread improver, especially as he managed to find a 10kg bag of plain flour at Costco. We have plenty of food – plus we have toilet paper (and wee wipes). And we have plenty to share as well.

Life in the country

The current stockpiling crisis was an obvious and frequent topic of conversation at the Hoskinstown War Memorial Hall. Nearly everyone thought the panic was ludicrous. But then, life in the country is different. They aren’t that far from Canberra, but it’s still an hour’s round trip if they run out of toilet paper. Most people learn to buy in bulk and have supplies in case they need it. Nearly every family has a veggie patch, and chooks, and in some cases, have their own animals for meat as well. We came home with a huge bunch of Italian parsley. Someone brought it along as it was growing overabundantly in her garden. No one else wanted it (many have their own gardens), so we took the lot home. I’ve been trying to give it away, but so far there haven’t been any takers. I’m enjoying cooking with it.

We then went and spent the night at my inlaw’s place, who lived only 5km from the hall. We didn’t have so much to give to them this time, but still managed a few things including homebaked ANZAC biscuits and sourdough bread (which we baked while there).

Jen Seyderhelm and I had a great chat about panic stockpiling during this crisis – and also about the role of radio (and podcasting) in a crisis. If you like the podcast as much as I do recording them, please subscribe.

Do you remember the bushfires? How are you supporting your local community groups?