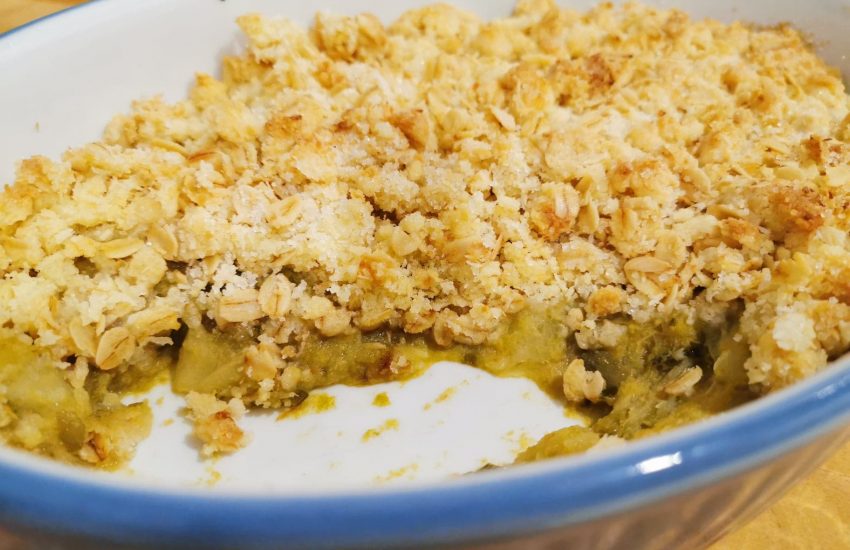 I’ve been ruminating recently about how the move I give, the more I receive. I’ve certainly got great karma. And so it was that Jeanene from Winederlust turned up at my place last week with a giant bag of feijoa.

If you don’t know what feijoa are, you’re clearly not a Kiwi. They grow in Australia, too, and they’re originally from South America but they are loved in New Zealand. They have a short season; I find they are generally available in Canberra, where I live, in late May as the first real frosts come.

What’s the big deal with these tiny, hard green fruit? They look, to be honest, like something Yoda would eat. But then Yoda is wise, and wise people know these are super delicious. This week I made it into a crumble with a bit of apple to bulk it out and add flavour. And Neil and I made a video of me making it! (P.S. If you like the video, please subscribe!)