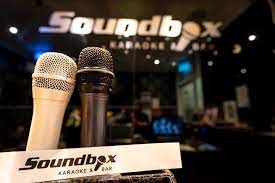 I’ve had a fun time out – and spent most of Saturday recovering.

Not from drinking excessively, but rather too much fun. Friday night I went out to a karaoke session with friends for three hours. Just your normal signing 1980s classics in China Town. But being a frugalista on a joyful giving mission, I turned up with a bag full of clothes.

Two of the people there were recipients when I launched Joyful Giving, so they are kind of used to it by now. I hope that what I brought may be of use. Who knows. If nothing else, it’s was talking point. I mean, who goes out with friends and then receives stuff, right?

More seriously, the more I give, the more I am promoting the benefits of the sharing economy. I am effectively saying ‘it’s okay to use second hand stuff rather than buying new all the time’. I’m normalising moving away from hyper consumption. And I would much, much rather spend my money having an awesome night out with friends rather than spending it (another) piece of fast fashion I don’t really need.

Actually, these clothes are part of the almost never-ending cycle of clothes swapping. Nearly all of them were leftover from my birthday clothes swap party a month ago. I know – I’m still gifting and decluttering and there was so much abundance.

Also yesterday, someone put a call out on the Buy Nothing Project asking for a SCOBY to make kombucha. I have the mother of all SCOBIES, that is very healthy, and I’m super keen to give away its many babies.

I left the SCOBY in my letterbox for her to collect as our times weren’t quite aligned. I love that about the Buy Nothing Project – before going and buying something there will most likely be someone who will have it. All you need to do is ask!

But before you do ask, if anyone needs or wants some SCOBY, please let me know.