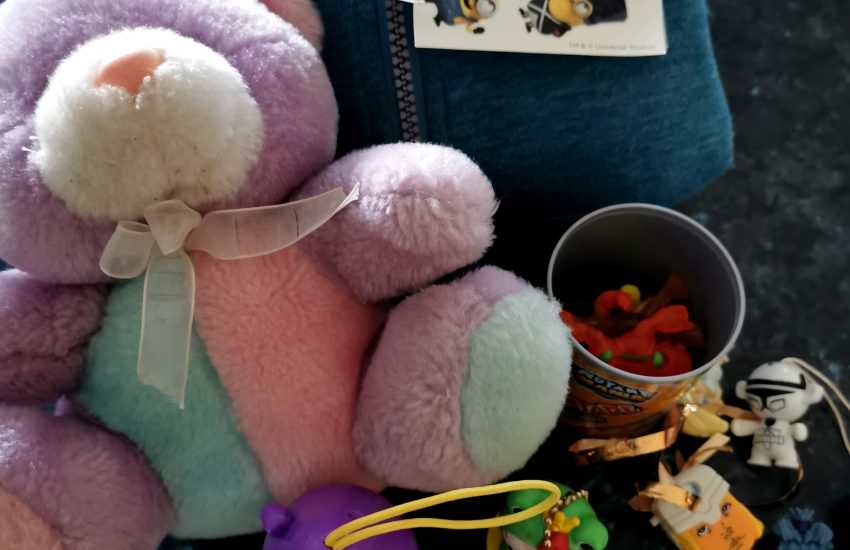 I’ve always made giving a part of life, but now I’ve ratcheted it up a notch.

It might sound weird to turn up at someone’s place – or even a meeting – with stuff. But I’ve found that because most of my friends and family share my values, I’ve never been laughed at for doing it. And often, my stuff will find a welcome home.

I decided I should get organised and actually finish this 1,000 item challenge – and finish it properly. So I signed up for the November National Novel Writing Month (NaNoWriMo). Each Sunday, I’ve been meeting up at a cafe with a group of other writers. We have a brief chat, then we sit and write. That’s it – we sit and write.

Mid-week I’ve also been doing an online Zoom sprint with another writer. Again, we say hello via Zoom, mute the Zoom meeting, put on the timer for half an hour and then type madly.

This week, I turned up with two books on how to write and two necklaces. We are all writers, and all women, so I figured they might like them. If nothing else, it’s a talking point about the challenge I am working on. And for me, it’s four items down on my challenge. What ended up happening was that we had a good chat about the Buy Nothing Project and community giving and sharing in general. It’s a great way to bring awareness to the impact and importance of giving.

My father-in-law had his birthday last night, so the boys and I headed out to dinner. As I often do, I took some things including clothes and toys for my grand nephews in law, who my parents in law care for a few days in the week. And a box of scraps for their chooks.

“They often like going hunting for new toys,” she said as I queried if they would like some of the things or not.

Apparently what happens is one of the kids really looks up to my youngest son, Audie. He’s been known to put on Audie’s hand-me-down clothes and walk around saying “me, Audie”. Little kids are often fascinated by kids a bit older than themselves, so this intergenerational form of giving is I believe very important. We might worry about the perception of being too poor to buy new things, but they actually love having things that once belonged to people they know.