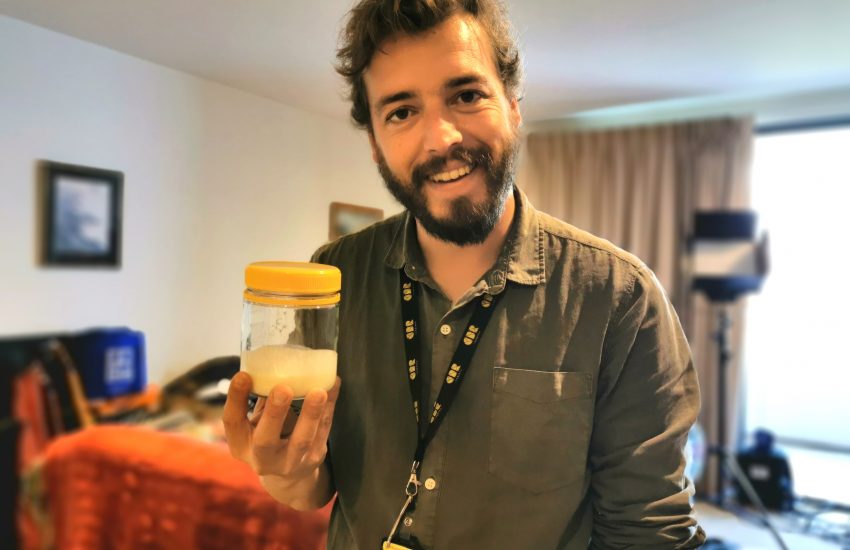 When I started my Joyful Giving project on 30 December 2019, I never dreamed that sourdough starter and SCOBY (for making kombucha) would be some of the most common things to gift.

What a year it’s been! Who would have thought that, with all the time spent at home, people would have taken up baking? In fact, bread baking has been so popular that Manildra flour company has decided to increase its production capability by 50 million kilograms.

This gave away two sourdough starters: one to a former chef who loves baking bread. And a second to someone I have gifted it to before. With this lovely note:

Hi Serina, hope you’re enjoying the sunny day. I’ve gotten some sourdough starter off you in the past. Due to a number of unexpected events including travel and quarantine, I’ve killed mine. Are you still baking? Would it be possible to grab some more off you sometime? Thanks so much (from me and my entire extended family who benefit from delicious sourdough!)

When she came to pick up the sourdough bread, she said she had been baking with a white + rye flour mix, and that the bread it had made was phenomenal. I totally agree!

A few months ago, I gifted some sourdough starter to a camera man who was here for a live cross for Studio 10. As you do! We had a lovely chat about his baking activities, and a conversation about how to feed and care for it.

A few years ago, I picked up a SCOBY for making kombucha from someone in my Buy Nothing Project. To be honest, when I picked it up I thought it looked dodgy. If you’ve ever seen a SCOBY mother, you know what I mean. It looks like some alien innards pickled in a jar.

But once you move past that, it does such an amazing job turning tea and sugar into kombucha. My own batch costs 10c a litre as opposed to around $7 a litre at my local supermarket. Big change!

This week I also gave away a kombucha SCOBY. My SCOBY mother is big and healthy and producing lots of babies. If you want to make your own, let me know!