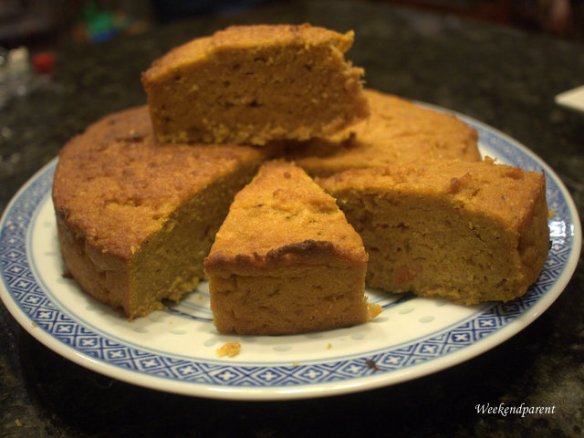 I hate throwing food out.  Especially fresh fruit and vegetables.  And even things that most people would toss into the bin or the compost heap without a second thought.

Continuing my frugal recipe theme, I am sharing my recipe for this surprisingly moist carrot and apple cake.  A good friend gave me her juicer as she was cleaning out before heading off on a two years’ grey nomad adventure.  I was excited to receive it, putting it to use making my favourite carrot, apple and ginger juice.  Sometimes I vary this by adding fresh parsley and celery to the mix, but mostly I stick o the basics.

It is such a healthy way to start the day.  I don’t drink this often as it takes a bit of organisation, but when I do I always wish I did so more.  Fresh juices just make me feel like smiling on the inside.

Ah, but then there is the cleaning up.  I was about to toss the leftover pulp into the compost, and then wondered if instead I could make a cake.  I thought it would be something fairly rustic, but I was surprised at how well it turned out.  The juicer grates the fruit and vegetables into a much finer texture than a hand-held grater would, and this created an almost almond-like nutty like effect.

The pieces are not uniform, so I picked over them first and removed any chunky bits.  Some still slipped through, and I don’t think it mattered too much.  I once made it with some parsley bits in it, and it was okay too (although not as visually uniform as the carrot apple cake.)  You could add a cream cheese frosting if you wanted to serve it as a more impressive afternoon tea cake.  But I like the less sweet version of this cake eaten plain.  And I found it was a perfect addition to work and school lunches.  Given the fruit and vegetable content, I could even (almost) pretend that it was healthy.