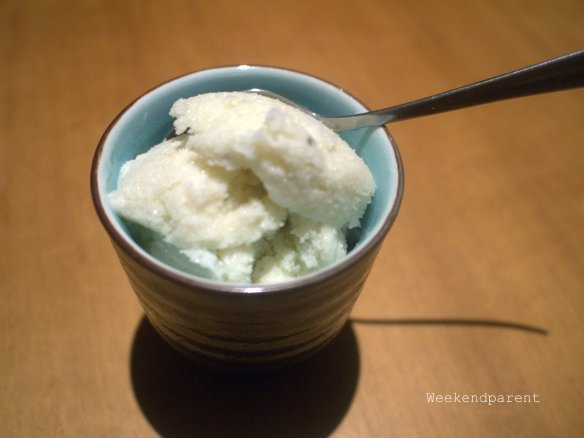 I feel that ordinary frozen desserts will never be the same after I have eaten this.  It is totally divine.  And so simple.

At a recent kids party for Little A, the adults all got talking.  I mentioned the feijoa muffins I recently baked, and I was amazed at the animated and discussion that resulted about feijoa.  I am learning, after never having eaten feijoa before, that once you have tried them you never go back.  And if you don’t have a feijoa tree, you do everything you can to get your hands on some.  They are apparently not cheap.

Inspired by these discussions, I decided to try making feijoa frozen yoghurt.  While fiddly to prepare the feijoa as my fruit are small, this is extremely easy to make.