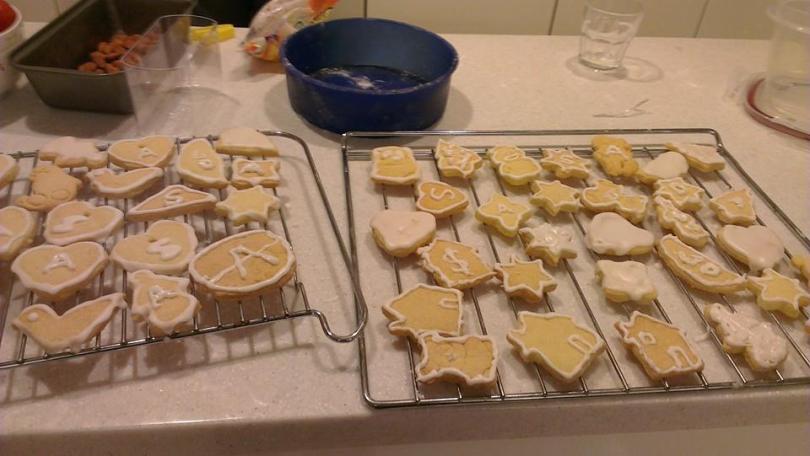 Being on Christmas holidays, I haven’t been checking my emails as regularly as I ought to.  So it was a surprise, a Christmas present actually, to find out on Boxing Day that I had won second prize in the YWCA’s The Frugal Feast writing contest.

The Frugal Feast writing contest was launched to raise much needed funds for the YWCA’s southern Canberra Food Hub program.  The YWCA’s focus on food security, in particular their #fiver4food campaign, has been a huge inspiration for me – it is the main reason that I now feature low cost, affordable food in a $5 Friday blog post round up.  Please support its program.  They do amazing things for the community, especially through Food Hub, and also in advocating for changes to community attitudes towards domestic violence.

This prize was for me personally a huge encouragement. I had told myself that I could not write fiction, that I wasn’t any good at it, that I didn’t quite belong to the genre. I was so scared to write ‘real fiction’ that I almost didn’t enter – but for the subtle encouragement of one of my good friends from the ACT Writers Centre’s Hardcopy program for developing writers.  The program has been amazing and has inspired me to identify as being a writer.  I AM A WRITER.  And thank you so much to the YWCA for reinforcing that belief still further.

So what did I write about?  Well baking Christmas cookies!  And yes, a little bit of Christmas magic and reminiscence about baking with my kids.  Perhaps a few stories about Bali and other things thrown in for good measure.

I hope you are having a special time with family, and no matter how elaborate or simple the food, I hope it was a feast in your enjoyment of it.

She sat in her small granny flat, unpacked boxes around her. It was oddly quiet. Tick, tock, tick, tock. She could hear the clock on the wall tick over. Not even the baby, finally asleep, was making any noise. She could hear a few birds chirping, but that was it.

She felt oddly calm, yet subdued, slightly proud and also reflective. Resilient, is how her Oma would have termed it. They were resilient in those days.

How her life had changed. There were blessings, true, but still it was not the sort of life she would have wished for herself.

She had thought of going to uni, but hadn’t decided what to do so ended up doing legal clerk work at one of the large firms as a gap year. She even moved to Brisbane so she could get away from the small-town atmosphere of Canberra, the well-meaning claustrophobia of her parents ambitions for her, to have some fun, go out and party. And she did. She had so much fun in Brisvegas the party town, Friday night drinks, cocktails, pubs with people spilled out onto streets, flirting with the young lawyers, sending gossipy SMS messages to girlfriends while at work, living the life she always wanted.

Then she saw an add in the paper for air hostesses. “I’ve always wanted to travel,” she thought. “Why not!” She was ecstatic when she passed the interview process and was accepted for training.

It was one hell of a farewell party with her girlfriends. It extended to a week-long party in Bali for a small group of them. One day they splurged and went to a resort beach area, where they could lounge on the beach and drink cocktails.

“Oh, I’ve forgotten my wallet!” She heard a male voice come from the pool. “Could you please get it for me?” Somehow, her and her friends ended up spending the next few days with a group of guys who worked together at a mining town. Cashed up and on holiday, they shouted drinks and they all partied and had fun. Poolside during the day, nightclubbing at night. What happens on holiday, stays on holiday. You only live once.

A month later, not long after she had started her training, she found out she was pregnant. That was not part of her liberated single plan. She had quit her job and given up her apartment to go on training. What was she going to do? She couldn’t travel and work with a baby. She pulled out.

It was a difficult year. She was on welfare, but learnt to go without, discovered that she and the baby didn’t need stuff. She wished she could have afforded to decorate a nice new nursery for Hope. Perhaps with a princess theme, all pink like the one she had just seen at the new Canberra IKEA store. Never matter. The baby was a princess in her heart, and she loved her with fierce and possessive intensity.

At first she had moved back in with her parents, weathered their disapproval, but now she had her own place – a granny flat surrounded by roses and honeysuckle. It took eight months to save the bond, but it was worth it to secure her independence, with family still nearby. The owners had a small, neglected veggie patch with a few things growing wild. The cottage had a tiny kitchenette with a portable stove and a benchtop oven/grill. No matter. It was hers.

She had been there a week and ought to unpack, but she could not resist the urge to cook. Cooking was her passion. There was something about the process that absorbed her and forced her to forget random lonely thoughts and doubts flitting across her mind. She loved being able to create something and see it take form. And besides, she wanted to try out some of the food she had just received in her Christmas hamper from Unitingcare that morning.

She had never applied for a charity hamper before, felt almost embarrassed, but it had been a nice outing. She hadn’t realized how isolated she had become being home alone with the baby. The people at the church let her take her time, to choose one present for herself (a boxed toiletry set) and another for the baby (teething toys), and listened as she prattled on. They also gave her a frozen turkey to go with her large striped carry bag of goodies. It had been hard to transport them back on the bus, but thankfully she could carry the baby in a sling. The bus driver helped her on and off. She was resilient. She kept saying that to herself. “I am resilient.” One day at a time, one thing at a time, she would cope.

What was there in the bag? Coffee, oh what a luxury. Tinned fruit. Christmas cake. Tuna. Pasta. Chips. Olive oil. Things she would not usually be able to afford.

She opened the tuna. Soon she was frying it with some of the olive oil from her hamper – the golden liquid was such luxury. She found some cherry tomatoes in the veggie patch, and she added them in as well, cutting them in half and frying them until they were soft, then oozing the flesh out with a fork to make a smooth sauce with the tuna. She sprinkled with sprigs of rosemary she had foraged from a hedge she passed while walking the baby; she had placed them in a glass jar in the bathroom where they fragranced the room. “Rosemary is for protection,” she thought to herself as she brought it into her new home. Finally, she added the pasta from her hamper.

The baby woke up and she began the ritual of feeding her. It seemed to last an age. She played with the baby for a while, until eventually Hope fell asleep again and she began to clean up the dishes. She almost threw out the tin of tuna, when she paused.

“I could use this,” she thought. She got out an old can opener and cut out the bottom. It made a perfectly shaped circle.

She started to make the dough. 100g of soft butter. 185g of plain flour – she didn’t have scales but guessed it was one and a quarter cups. She added in a quarter of a cup of sugar. Was that enough? She didn’t have any vanilla so she grated in some lemon zest and added in some lemon juice to bind the dough – there was a lemon tree in the backyard. She kneaded it into a ball and set it aside.

She remembered baking Christmas cookies with her Oma when she was young. Plätzchen, Oma used to call them. As a child it was so much fun to choose the shapes: stars, bells, Christmas trees, hearts, a fat Father Christmas. Using the jar that had been the rosemary vase, she rolled out the mixture until it was around 3mm thin, and then used the tin to punch out shapes. Her oven could only bake a few at a time, but it was surprisingly quick. Soon her little studio was filled with the aroma of baking butter, a familiar advent smell. She missed Oma.

“I wonder if I can make hearts like Oma made as well,” she thought. She took out her toolkit, a moving in gift from her Dad, and fashioned a heart shape from the tuna tin. “Ouch.” She cut her hand. Tears welled in her eyes. She felt so lonely, so silly, it seemed so pointless to try to make heart-shaped cookies. Who would even eat them? Who was there to love, who loved her in return? “I am strong, I am resilient,” she said to herself. Turning back to her work she managed to fashion an imperfect heart shape cookie cutter – it would have to do.

She mixed some icing sugar and egg white to make a white paste. She cut a hole in the corner of a sandwich bag and piped flower and snowflake designs. The heart cookies she decorated with hearts and swirls, and with ‘Mum’ and ‘Hope’. Discovering some bootie ribbons Hope no longer needed, she threaded them through to make Christmas decorations.

The next day, she headed out for a walk with Hope. Taking her Christmas cookies with her, she decided to gift them to the neighbours. Would they like them? They were a hit. One of her neighbours, an elderly lady who lived alone, invited her in for tea. Another neighbour invited her over for Christmas Eve. Yet another gave her a bag of vegetables from his garden. And her landlord in the main house invited her around for Christmas – provided she brought more of those cookies. Several people asked her for the recipe. She smiled inwardly and laughed. “If only they knew,” she thought. Her cookies had only cost $1.62 to make, and although they were small, they were a feast from the heart.