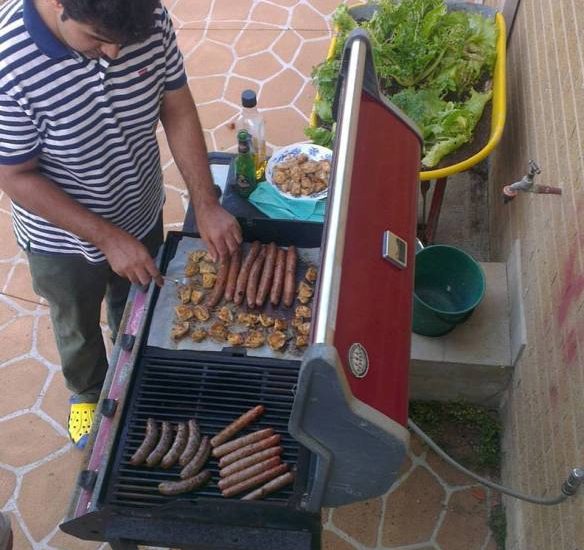 I am feeling a bit as if every second friend on Facebook has been posting about what an awful year they had in 2015, and how they are hoping for a better one in 2016.  I find Christmas, and especially New Year’s Eve, creates so much pressure.  NYE is another night, 1 January is another day.  But not JUST another day.  It is pause for me to reflect on the miracle of life, the miracle of creation, the miracle of the stars in the sky, of the sun coming up in the morning, of spectacular sunsets of an evening.

Still, every NYE the sorrowful sounds of ABBA’s not so happy song creep into my ear and don’t go away:

It doesn’t help that it is played over and over on the radio.

I had a quiet evening last night.  I invited two sets of neighbours over for a BBQ.  Inbetween the men cooking (halal) spicy chicken and lamb sausages, six kids ran around and the women chatted while preparing salads and drinking my homemade lemon cordial.  There was more than enough food and I will be living on leftovers for days.

After I got my hyped up kids to bed, I laid down on my deck and gazed up into the sky to watch shooting stars and satellites. It was a quiet and beautiful time for thinking.  Sadly I don’t skygaze nearly as often as I would like to, a product of my frenetic modern lifestyle.  It gave me pause to think about the year just gone, and the year to come.  Here are some of my thoughts.

So, that’s my year in review.  How was your year?  Was it a year of growth and change, or of joy and happiness?