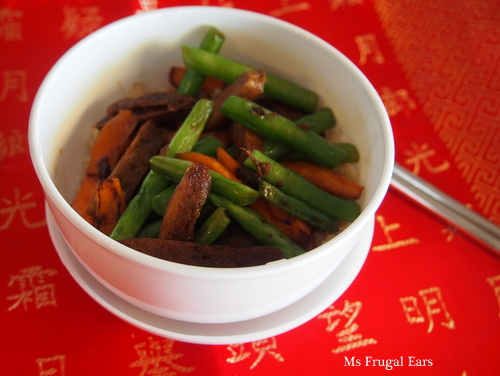 On Monday, I have pledged to join in the inaugural Ethical Eating Day and eat vegetarian food for a day.  This is no great hardship: I used to be vegetarian and kept the diet for ten years.  And I still like vegetarian food, even though I’m not consciously vegetarian anymore.

Taiwan has some of the best vegetarian food in the world.  It is more famous for its pearl milk tea, Din Tai Fung restaurant chain, xiaolongbao dumplings and night markets.  But its vegetarian restaurants are amazing. I often used to take visitors to local vegetarian buffets for lunch.  It was so cheap – only AUD$3 to $4 depending on how much you ate as it was paid by weight.  It was fun to answer questions about what the various vegetables were; sometimes I didn’t know the answer but often they had become a normal part of my diet.

Taiwan has a predominately Buddhist culture.  Five of its Buddhist groups have now become globalised.  The most well known Taiwanese Buddhist group in Australia is the Buddha’s Light International Association, which has a large temple in Woolongong (Nantien Temple) and another at Underwood in Brisbane (Zhongtien Temple).  But within Taiwan, arguably the most revered organisation is the Buddhist Compassionate Relief Tzu Chi Foundation (財團法人中華民國佛教慈濟慈善事業基金會;, literally pinyin ci ji, pronounced tsi gee).

Tzu Chi Foundation was founded by Master Cheng Yen, a Buddhist nun who lived in the remote east coast Taiwan city of Hualien.  Her order was not wealthy. I visited the tranquil Buddhist convent she set up on a visit to Hualien years ago – it is a bit of a trek to get to as it is off the usual tourist track.   She and her nuns tried various commercial ventures to support themselves including sewing baby shoes and making concrete sacks into animal feeding bags.  Their business ventures did not prosper.

One day, so the story goes, Cheng Yen was in Hualien at a hospital and saw some blood on the ground.  She made inquiries and discovered it was from a local Indigenous Taiwanese woman who had suffered a miscarriage and did not have enough money for admission.  Cheng Yen then set on a crusade to raise money for the welfare of the local people.  She was so successful that Hualien now boasts a large, modern and international standard hospital.

But that was not all.  Cheng Yen’s leadership has now spearheaded an international humanitarian organisation with 10 million members and 47 chapters.  It is one of the largest humanitarian disaster relief organisations in the world, and is especially active in Asia.  You won’t hear so much about them in Australia although they do have offices and are active after events such as the Queensland floods.  But in Asia it is probably more well known than the Red Cross.  Tzu Chi doesn’t push Buddhism when delivering relief, either.  It often rebuilds whole communities after mass disasters – including rebuilding churches and mosques.

Tzu Chi has also taken an active role in promoting environmental issues.  Like most Buddhist orders it promotes vegetarianism – and its inaugural Ethical Eating Day aims to do just that.  To participate, you need to click on the link and sign up (it is not onerous).  While there, you might pause to reflect that 56 billion animals are raised and slaughtered each year.  And that eating one burger is equivalent to driving a car for three weeks in terms of greenhouse gases. (You might also notice the cute white plastic lunchbox – this is also a Tzu Chi initiative that is made from recycled materials and is microwavable. I was able to purchase this through the Tzu Chi-run Jingsi Books & Cafe in Sydney.)

So who is with me?  Another benefit for the frugal is that vegetarian food is generally cheap and often good for you.  Nor do you have to feel like you are going without.  Taiwanese vegetarian consumers are pragmatic and often like to eat fake meat. I especially like this vegetarian pepper beef patty made from mushroom stems.  It tastes remarkably similar to the real thing, and actually tastes good! You can find vegetarian meat at most Asian grocery stores in the freezer section.