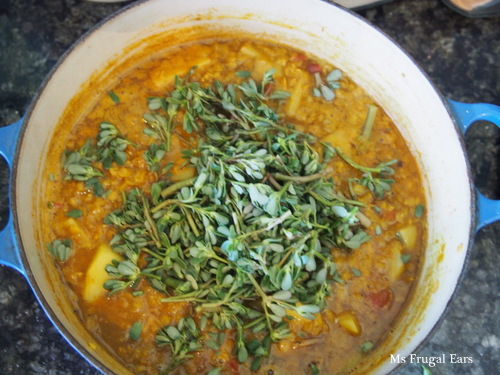 In my ideal home I am surrounded by abundant produce: groaning fruit trees, deep crimson tomatoes, bees humming in herbs, my children wandering into the garden picking and eating things grown organically and us all happy together.  Kind of like a French potager garden, with interesting  and delectable produce, always tidy yet rambling enough to hint at mystery.  Friends coming over for BBQs and outdoors cooking and lounging around in the natural beauty.

Instead my backyard is growing weeds. Lots of weeds.

In early spring I was busy.  Crazy busy. Hardly getting enough sleep at night.  No time to think.  Busy writing: typing, typing, typing.  Deadlines, deadlines, deadlines.  And of course spending time with Little A and Big A and not doing such a good work/life/balance thing. “I’ll get to the vegetable garden next week,” I’d say to myself. “I’ll pull out the weeds and improve the soil and find a way to stop the possums eating the seedlings. Oh, and I’ll go out and buy tomato plants to put in as well.”

Before I knew it, it was summer. And then we had a dry heat spell for weeks.  It was impossible to plant anything: seedlings withered almost as soon as they hit the soil.

In the last few weeks we have had crazy Canberra weather.  It has rained and hailed and hailed again (one day three times!).  Almost tropical rain. Last week I was stomping around the garden, feeling sorry for myself at all the weeds poking out in what was my garden bed.  “If only I had a husband or a handy boyfriend or family in Canberra or had heaps of money to hire a fabulous gardener,” I moped to myself.  “I can’t manage to grow vegetables myself as a single mother.”

Then I saw this post on an edible weeds group I was on in Facebook.  The picture of the succulent looked very familiar – I had tonnes of the stuff growing in my backyard.  “Stop asking about this,” someone responded.  “It is like the 20th post about this.  It is pigweed and it is edible.”

Intrigued, I delved further.  Portulaca Oleracea, I discovered, is more commonly known as purslane, or verdolaga. It is a summer plant, a native of southern India, and is also native to Australia as well (even though it is usually regarded as a weed.)  It is grown and sold as a vegetable crop in many countries.  There are even posts of people begging to find seeds to grow it themselves, or wanting to know how to find it at farmers markets.  It is used widely in southern Indian cuisine, and also Turkish cuisine.

And it is pretty special.  How special?  Well, it has one of the highest concentrations of omega 3 fatty acids of any land plant – in fact it has more than some fish oil.  Celebrity Dr Oz even appeared on Oprah and touted purslane as one of the supreme anti-aging superfoods.

And it is FREE.  Growing in my backyard, organically, without me having to water it or spray it with pesticides or insecticides.  It tastes pretty yummy as well. I like it better than spinach.

I used it in my recipe for red lentil stew. It is kind of like a dahl, but not really an authentic one.  I love curries but don’t profess to fully understand the nuances and intricacies of Indian food.  For this, I just threw together what I liked and what was in my spices drawer. I liked the combination; and I actually really like Keen’s curry powder.

This casserole will make a massive amount, enough to feed six hungry people with leftovers.  If you are having a tough back-to-school and faces the bills week, this is a recipe that could tide you over for several meals.