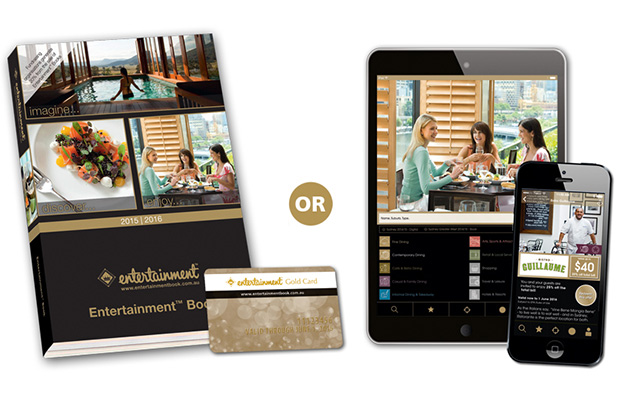 The 2016/17 Entertainment Book will be launched this Thursday, 31 March. Having had an Entertainment Book last year after not having one for longer than I can remember, I thought it a good idea to take stock about the benefits from the book . The central question of this blog is: was the $60 investment worth it?

I was a little disorganised about tracking my spending, so there are a few gaps. I also forgot to use it dining out on at least two occasions.  This I have noticed is the most common criticism of the Entertainment Book: the range of specials is rarely disputed, but there is a tendency towards forgetfulness.  Even worse, some people have told me they are scared to use the book, that they buy it to support a community cause then feel guilty about using it.

If  you never use the book, if businesses never know they are getting custom from people using it, how can they know that their participation in the Entertainment Book was worthwhile?  And how can charities then use it to fundraise if no one is buying or supporting the Entertainment Book? You are doing everyone a favour by using it.  And I most certainly used mine, even though I could have used it more.

One way around the forgetfulness/failure to use issue is to invest in a digital membership.  The advantage of this is that it is always with you (so long as you don’t forget your phone). It also keeps a track of your savings, so you don’t have to try to tally it up like I did. The disadvantage is you don’t get a physical book to flick through.

This is a tally of the approximate savings from using the Entertainment Book in the ten months since May last year:

Group dining where I used my voucher, mainly for functions with work colleagues:

It was interesting to examine what I actually used the book for versus what I thought I would use it for. I have spent many hours flicking through looking at possibilities.  I LOVE flicking through it looking at possibilities.  Yet I would never have expected I would have used it for purchasing flowers online so often and eaten out so comparatively few times.

The amount of savings was not as great as I thought it could have been – I had estimated potentially around $400. The real figure was closer to $300.  BUT, deducting the $60 cost of the book it still amounted to a saving of nearly $240.  And this is with minimal restaurants included.  I probably dine out and go on holidays less than the average consumer: I’m sure there could be greater savings made by people who eat out more, or who stay at nice hotels at least once a year.

The 2016/17 Canberra Entertainment Book is being launched  on Thursday 31 March. If you would like to support the cause I am helping fundraise for by purchasing a book, I would be happy to sell a book to you. Please note I don’t receive any commission – I am purely supporting a social club.