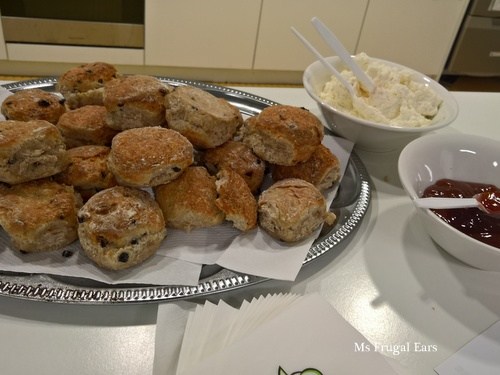 Day two and it is not as drastic as I thought.  My tummy isn’t rumbling and I am getting through the day with lots of energy.  I only have one problem:  food supplies are running short.

I started breakfast with more brown rice porridge and condensed milk. Yum!  It feels decadent yet, with the brown rice content, arguably healthy as well.

For lunch I had some leftover brown rice, tomato and chicken hot pot with parsley on top.  During the day I snacked on one hard-boiled egg and an apple.

In the evening I went to my gym and had a swim, then frocked up to participate in a careers panel discussion at the Australian National University.  I didn’t have time to eat beforehand.  The event was catered. I felt a little bad refusing to eat things that were offered, but I think people understood.  I think it would be harder if I stayed to mingle afterwards, but I had to run off to pick up my kids (who had a very late night).  At least it made it easier to say no to cake.

Today I felt an odd lack of hunger. I say ‘odd’ because last year I was hungry and struggled to get through the week.  Actually I felt so good today that I decided to only eat an apple for dinner.  Except that Little A found my apple before I did and decided to eat it for me. I guess that’s what a lot of mothers facing poverty do – they give up their own food for their kids. I was still able to eat the half that he left after he lost interest.

Part of the reason for lack of hunger is that this year I invested heavily in a low GI, complex carbohydrate brown rice diet. My reasoning was that if it is good enough to form the basis of a cancer-fighting macrobiotic diet, then surely I would at least emerge from the week feeling healthy.  And regular from so much fiber.  At $2.29 a kilo pack of rice from ALDI, that was over a fifth of my food supplies right then and there in one ingredient.  By the time I added in butter ($1.39) and eggs ($2.59), that didn’t leave much for fruit and vegetables.

After making a large batch of brown rice, tomato and chicken hot pot last night, I suddenly realised that I have used up nearly all of my brown rice. I have less than a quarter of a packet.  And I still have three days to go!  Admittedly some of that cooked rice is waiting for meals (two hot pot meals plus a quantity for another meal).  But I feel a little scared. I was even going to attempt bread with a brown rice sourdough fermenting on my windowsill, but I am unsure now if I have enough bread.

And I am feeling it is time for a bit of variety.  Except that my pumpkin has not arrived!  The guy at work who said he would sell me a homegrown one forgot. Hopefully he will remember tomorrow. I am really craving some more vegetables.