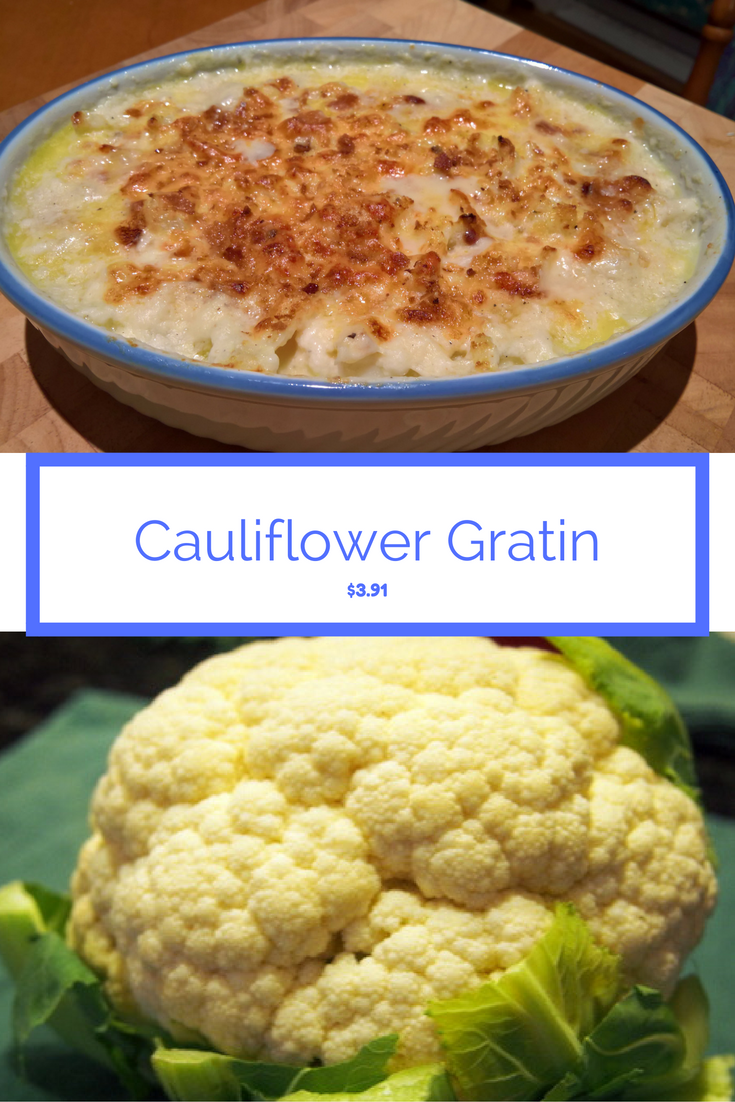 My housemate begged me to teach her how to make cauliflower gratin.  My mum had made it as a side dish for a roast we had had a few months ago. “But I’ve got the craving for it now,” she said.

I must admit that I had never really thought of this dish as a substantive main meal. I mean, I always loved it paired with roast lamb and drizzled with gravy.  But on its own?

Why not. People eat mac and cheese as a dish and this is pretty much the same except – shock horror – it has VEGETABLES in it.  Well, one vegetable anyway.  And a cheap one when you can buy it in season.  This week it is on special for only $1.99 each at  ALDI.  When I got to my local ALDI there were hardly any left, probably a sign of there being many cupboard cauliflower lovers out there.

I made too much white sauce – it depends a bit on the size of your cauliflower as to whether it will all soak up or not.  But it worked out more than fine as I used the leftovers to make a few mini mac and cheese for Little A.  So in effect I got two meals out of this one.