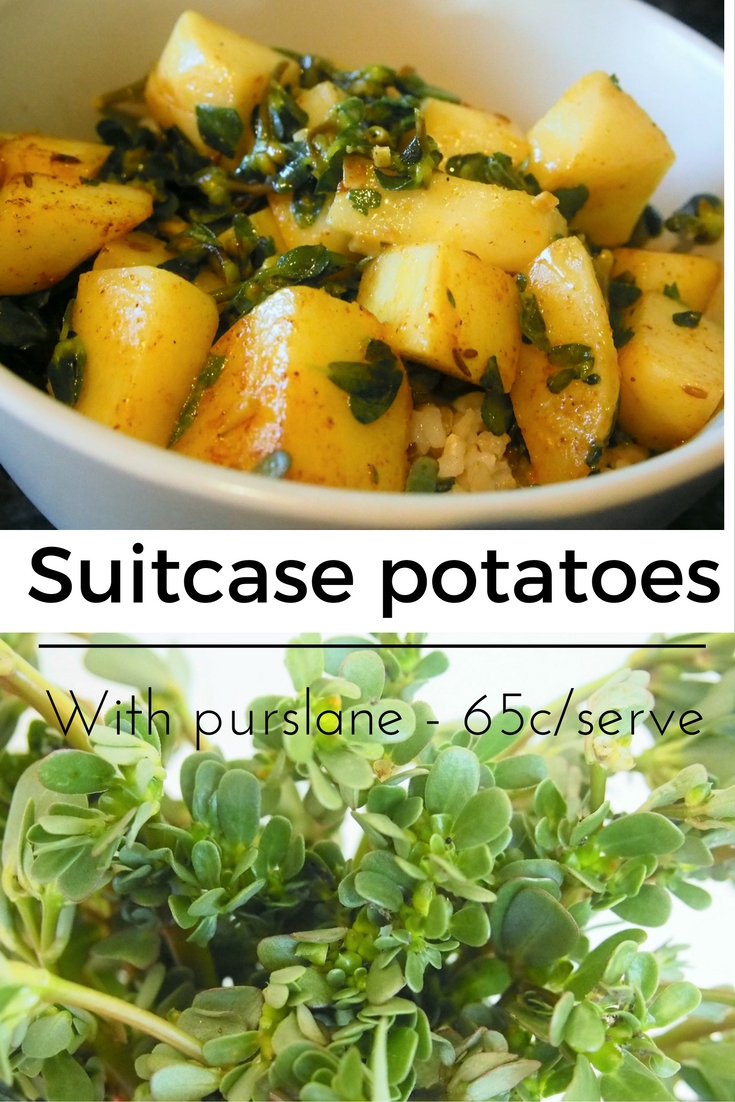 I arrived back home in Canberra just after a whirlwind tour of Taiwan.  What fun!  I ate and ate and ate some more, and occasionally did a bit of hiking and Youbike cycling and relaxing in the hot springs.  Then I arrived home – to an empty fridge.

Well, not entirely empty.  There were a few surprises lurking in the form of pre-Christmas food I had run out of time to turf out before I left.  But it wasn’t so bad.  The yoghurt survived, and I still had potatoes and onions.

I had a lot of energy when I was out and about travelling, but strangely it dissipated pretty quickly once I was back.  The overnight flight, plus three hours time difference, combined with the shock of a hot and muggy Australia left me feeling wiped out.  And my metabolism was also a bit sluggish after sitting on a plane and not exercising.  Plus my purse was empty. (I can imagine how truly sorry you feel for me, all exhausted and poor after an exciting adventure.)

The next day I did not wake up until nearly 10am and I honestly could not be bothered to go to Aldi to buy supplies so I made do with what I had in the cupboard.  And in the garden.  And I’m not talking a well-groomed vegie patch here.

A prolific few stumps of purslane were growing happily I my garden.  Never heard of purslane?  Well, it is a frugalista delight.  Basically what we know as a common weed is an omega-3 rich super food that is grown as a crop in many places in the world including southern Indian, Turkey and Mexico. It is also pretty yummy as well.

I fried it up with some free curry powder I received with a bag of red lentils from an Indian store, and voila, healthy suitcase potatoes. I felt a lot healthier from eating it as well.