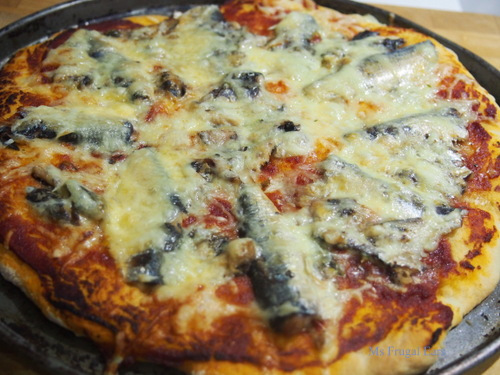 I survived my $50/week grocery challenge, doing it from early September until Christmas.  Actually I found it so beneficial that I have decided to adopt it as a permanent challenge.  Well, at least for a year and preferably to the end of 2017.  I have already been maintaining it for six months.

Christmas, and my holiday with Mr Red Sports Car back to Taiwan, was a time for reflection and contemplation. I wondered whether I should continue blogging.  Did anyone read anything I wrote?   Did anything I write matter? Maybe I should just write fine dining food reviews instead?  Or only focus on post-baby confinement issues? Or just accept I was a single mother balancing a full time job with parenting and gracefully give up?

But then I kept speaking to people who told me how they read my blog, and how it made a difference to them.  And from unlikely sources.

My sister, who with others in my family likes to make cheeky fun at my frugal ways, met Mr Red Sports Car and I at the airport when we arrived back in Australia.  She had just spent a few days rearranging her cupboards, as you do when you are having a staycation and looking for things to do.

“I was really inspired by your $50/week challenge,” she said as she showed me her pictures of her before and after cupboard shots.  “Did you know that I threw out EIGHT grocery bags of food?  That’s obscene!”

I too was shocked.  “Surely you could still use that apple juice,” I asked, pointing to a bottle.

“Oh, that’s actually pineapple juice that has gone rancid.  I bought it three years ago to make pina coladas that never happened.”

Back to my own grocery situation. I moved house last month and, despite spending nearly six months on a $50/week challenge to reduce and use up food, still had around six boxes of food just from the cupboard to cart across.  Then there was the fridge freezer, which took me over an hour to unpack. I’m not including the food that I threw out with this.

So I decided to make the $50/week challenge permanent, or at least continue for another six months.  Compared with the average food grocery bill, this will save me $100/week or $5,200.

The challenge is actually getting a little harder now as I am now forced to think longer term. It was easy when the goal was just until Christmas to buy the smaller block of cheese or four-pack rolls of toilet paper.  That took less out of the weekly kitty.  But the unit price was higher and overall I was less better off.  At the moment I don’t have a lot of variety of protein in my freezer, so I will need to stock up on my meat. I also need to buy olive oil.  For now we will survive on rice bran oil and butter.

And I also factor in special treats for the kids, including ice-cream Friday.  For anyone who is concerned: no, I don’t starve my kids and they certainly get lots of protein. If anything, special treats aside they probably eat more homemade and less processed foods than many households. I recognise I also need to cut down on their sugar intake.

Further to a question that someone asked, I allow myself to spend up to $50/week.  This includes food, essential toiletries and cleaning products.  It also includes bottles of wine.  I keep the cash in a separate kitty, and I dig into the surplus on occasion (I had to the week before last to replenish stocks that I had used up before the move, like toilet paper for example).  On Sunday before I started this week’s challenge, I had $37.30.  With the added $50 for this week, I had $87.30. Of this, I only spent $40.20.  My grocery spend was heavy on fruit (some beautiful yellow peaches on special at Aldi), potatoes, cucumbers and eggs.  This is what we ate:

Monday:  sardine pizza, zucchini slice, and I made breadcrumbs and also blackberry shrub.  The kids are really into the sardine pizza ever since they read it in a book where it was Donald Duck’s favourite.

Tuesday:  leftover zucchini slice for lunch; homemade kimchi dumplings (jiaozi) from the freezer for the dinner.  The kids had dinner with their dad.

Wednesday: leftover brown rice, pork, broccolini and pickled watermelon rind for lunch.  Instant noodles and broccolini for my boys (who promptly picked out the broccolini), and leftover pasta with Sichuan sesame sauce and cucumber for me.  I had a dessert of steamed pears with rocksugar to help a lingering cough, and experimented with making white wine vinegar.

Friday:  I had some luroufan and rice for lunch. I was unwell in the afternoon and went home early (missing a swanky work function), and ended up eating white bread toast with vegemite.  The kids were with their Dad for dinner.

Saturday:  white rice congee and pickled vegetables for breakfast.  This is my go to food when my stomach is unsettled – I find that somehow eating fermented foods really helps.  We had various lunch snacks before and after swimming, including at a café (oh, what a decadent treat!)  In the afternoon we visited a Taiwanese friend, and we feasted on homemade potsticker dumplings, Taiwanese pork belly bao (guabao), lemon meringue pie and chocolate cake.

I still have heaps of fruit to use up, including watermelon, peaches and pears.