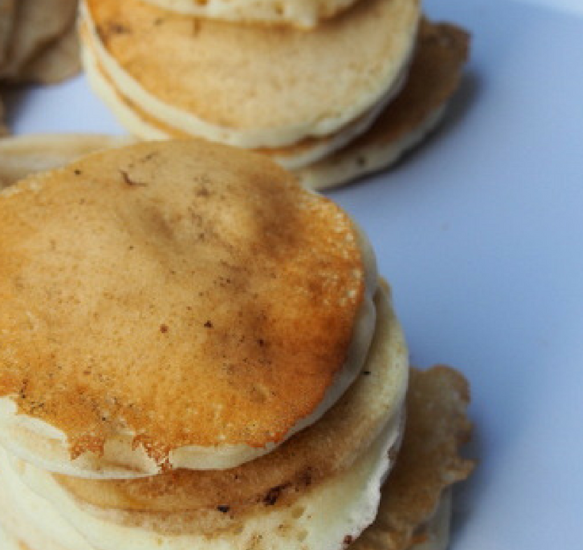 Thank you to everyone for your kind comments, Facebook messages, emails and encouragement about my blogging.  Yes, I will keep going. And I am so privileged to feel that I am making a difference.

Sometimes it feels like the little things don’t matter.  I mean, do the savings that come from a $50/week budget really make a difference?

I think so. I believe that it is all about the mindfulness of how we spend.  As my mum says “you work hard for your money – why then just throw it in the bin?”.

My mum isn’t someone you would think of as super frugal.  A fashion designer and retail queen, she was a bit of a local icon when I was growing up.  She is still impossibly stylish.  She hosted Christmas this year, and it was all so beautiful – white and silver and gold and gorgeous white platters of beautiful food, finished off with chocolate salami and a homemade frozen ricotta and savoiardi biscuit dessert.  It was probably very cheap compared to the excess of the average Christmas lunch, but you would never guess to look at it.

But it is from my mum that I inherited a lot of my frugal ways.  Speaking with her recently, she tells me how cross she was to throw out some bread rolls that were mouldy.  “I bought these bake in the oven rolls on special, and they said not to refreeze so I left them in the cupboard.  And the next thing you know they were all green.  Usually I would have frozen them or made breadcrumbs.”

And really, her philosophy underpins my frugal challenge.  Living within a $50/week budget doesn’t mean it has to be about boring drudge food or deprivation. It can be fun, creative and stylish.  And wholesome.  I hope those of you doing the challenge are also inspired to create new and memorable meals.

This week I dipped into my savings slightly.  I wanted some specific things to make for the church fete on Saturday, and also I was rostered to cook for church lunch on Sunday.  And then I thought I should start stocking the freezer with more protein.  I kind of overdid it a bit, so the freezer is now really, really full.  So much so that I passed on buying 2kg of chicken drumsticks on special as there was nowhere to store them.

I was also unwell recovering from a bit of gastro, so tried not to do too much cooking. Nothing worse than spreading the bugs around:)

And yep, and now we are autumn.  Where has the time gone?

Sunday:  I made a big batch of watermelon juice for breakfast to use up the quarter of a watermelon I had left.  Baked a batch of cheese and vegemite scrolls for school lunches.  Fed the kids $3 ALDI pizza for lunch, baked while the oven was still hot.  (I like to make pizza from scratch, my Big A prefers the bought ALDI one.)  I also made a batch of jam drops to give to my church fete/garage sale on Saturday.  Ate leftover Taiwanese pork braised rice luroufan for dinner.  Actually we weren’t that hungry as we had snacked on bread – my church collects bread from a bakery after it shuts and distributes to those in need.  I was on the bread roster for that day, and there was so much bread we ended up with a few leftovers ourselves.

Monday:  Luroufan and rice for dinner, with some fried potatoes and vegies. I was home sick and treated myself to a bowl of Vietnamese chicken soup for lunch while I was out getting a medical certificate ($13.90). I steamed pears with rock sugar to make a Chinese remedy to help with my cold. (You are supposed to use nashi pears but I used what I have.)

Tuesday: I was home sick again, and ate mostly leftover grainy bread and vegemite.  I didn’t really want anything else.  For dinner we had pancakes as it was Pancake Tuesday and there was an event at church (it has been a bit of a church week).  When I came home I poached peaches in wine and cardamon to use up as leftovers.

Wednesday:  Home sick (again).  Porridge for breakfast.  My lovely new Indonesian neighbour invited me over for lunch – a group of her friends had gotten together to make Indonesian beef ball soup.  Yum!  And so good for my cold.  I gave her a small gift of homemade Taiwanese nougat.   For dinner I used leftover pancake Tuesday mix to make zucchini cheese crepes, which weren’t really a winner with the kids.  Good try? Hmm, maybe too adventurous.

Thursday:  Back at work but feeling super lazy re cooking. I was going to have wholemeal bread and vegemite for lunch, but ended up going out to lunch with a friend and having a chicken and avocado soft white roll instead.  (Usually I try not to eat bread, but this week it has been what my stomach told me it could handle.)  I caught up with a friend unexpectedly after work and we ended up going to a local Vietnamese place and having $12/bowl noodles.  Afterwards she came back to my place for tea and I served her more nougat, a Taiwanese walnut type of nougat I purchased over Christmas, and homemade wild fennel digestive.

Friday:  More bread for breakfast.  Hmm, it will catch up with me.  Day off work to attend a wedding.  Lunchtime wedding, after which a group of us went back to Mr Red Sports Car’s house and I purchased some stylish (and expensive!) take-away pizza.  Dinner was a very special wedding reception at Piallago Estate.

Saturday:  Toast for breakfast (again).  Went to my church garage sale, and bought a chickpea and spinach curry for lunch.  In the afternoon friends came over for tea and I served them more Taiwanese walnut thins and scones (from the bread run).  Dinner was a bit of a mixture:  I try to avoid cooking three meals, but that’s kind of what happened.  Big A had chicken nuggets with baked potato slices; Little A had a few chicken nuggets then a chicken drumstick roasted with homemade plum sauce; while I had some spinach and ricotta ravioli from the freezer.  We finished off the meal with kiwi fruit. While the oven was on I baked up some very soggy cherry tomatoes lurking in the bottom of the fridge, and some bread (to make breadcrumbs).

Waste:  I threw out two bowls of rice and Taiwanese pork braised rice, and a few pieces of watermelon.

My challenge for next week is to use up lots of zucchini that I have been gifted.  Do you have any good ways with zucchini?