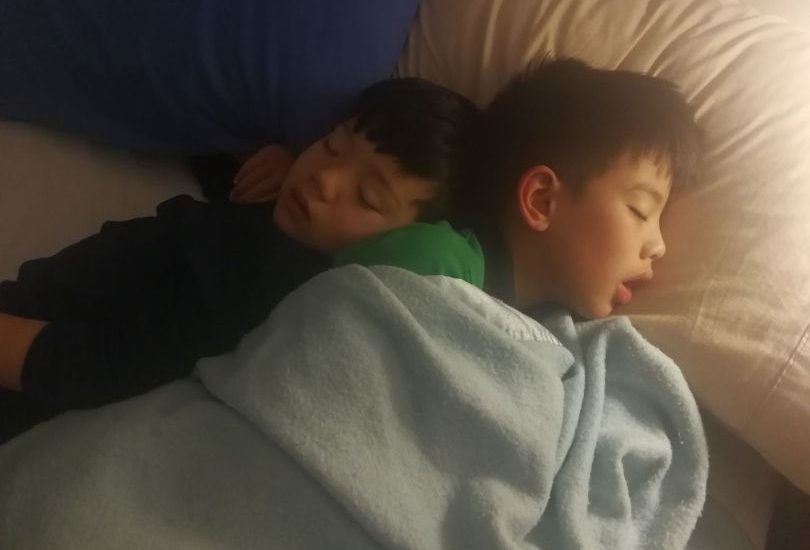 In our modern society we may be rich in stuff.  But there is one thing that we are invariably all poor in, and that is in sleep.

I am the sort of person who needs a lot of sleep.  Ideally I would like around nine hours a day.  That might surprise people who know me, because I am kind of a go, go, go person who never stops.  That’s probably why I like and need my sleep so much because otherwise I burn out.

Our modern lifestyle does not encourage sleep.  There are too many distractions that keep us up late – television, mobile phones, Facebook, Instagram, electric lights.  I am not suggesting that we go back to the dark ages and dispense with the light, but it is important to understand the effect that all these distractions have on our natural sleep cycles. There are very few people who go to bed with the sunset and get up at dawn. Yet if you think about it, this is one of the best things for our bodies and certainly, if nothing else, a great way to save on electricity and heating costs.

Years ago I read The Happiness Project.  I came about it because I had been researching works about happiness especially by Austrlian authors (which this was not) in the context of the Taipei International Book Fair.  I figured I then out to go and read some of these books for myself to try and figure out what could make me feel happier.

Chapter one, interestingly enough, became with sleep.  Getting a good night’s sleep, the book argued, has been scientifically shown to be one of the best building rocks for happiness.  You know what it feels like when you have been up half the night with a sick child or you are nursing a hangover.  It is hard to feel positive and resilient or have energy to do much.  I know this intellectually, and I also know that I personally thrive on a lot of sleep, but I am such a late night procrastinator. There is always one email I haven’t read yet, one more thing to do in the kitchen, more clothes to fold up or to hang out, or one more thing to to post on Facebook or to comment on.  Before I know it, it is already half an hour past when I thought I would start getting the kids to bed.  Or an hour. Then they are cranky or hyperactive, and then the home bed time routine becomes difficult.

Does this actually make me more productive?  No, not at all. It means that I am late getting up the next morning, rushed, prone to getting angry and then find it easy to forget things.  I also then feel tired at work and am less likely to go for a swim at lunchtime and more likely to indulge in over-sugared tea and chocolate to make me feel better.  That then creates a rolling cycle – less exercise and too much sugar makes it harder to get a decent quality of sleep, which then makes me feel even more tired.

So it is not just getting to bed early that helps, but the whole healthier diet and lifestyle that is part of the process.  On a recent holiday to visit my mother, she shared that she has given up eating anything sweet at least an hour before bed.  She said she has noticed she sleeps much, much better when she does this.  I was surprised that it had such a strong effect, but I must admit that in the few days I stayed with her I felt great.  We all went to bed super early, and most days I was up before dawn.  And what a beautiful dawn it was, watching the sun rise over the water at Southport on the Gold Coast. “Mummy, the water is all red as well!”, said Little A and he was totally right.  Just magic.

In late Autumn I started cycling to and from work several days a week.  One of the reasons I downsized into an apartment was to lead a more active lifestyle rather than just driving everywhere.  It took a few months to implement, actually I put it off for so long it was nearly winter before I started.  The first week I was exhausted, and every night I would come home and crash into bed by 9pm.  But that week was also one of my happiest – even though I was still recovering from a relationship breakup I felt more positive than I could remember.

In the last years of my marriage I had terrible insomnia. I had big stresses at work, my marriage was unstable and also disrupted sleep because of young children.  The worst part of broken sleep with young kids is when you finally get them to sleep only to find tht you  are unable to get down to sleep yourself.  This blog, then named Weekendparent, was started during one of those awful nights when I couldn’t get to sleep.

There is this almost sense of desperation when you have insomnia like I did.  This worry that you won’t be able to go to work, won’t be able to function, worry aobut life in general. It snowballs until it is hard to focus on anything.

Why am I writing about sleep on a frugal website??  Well there are a few reasons:

What time do you go to sleep?  How much energy could you save if you turned off the lights and heaters an hour earlier and went to bed? Join the conversation with us on the new Frugal Dare to Millionaire Facebook group.