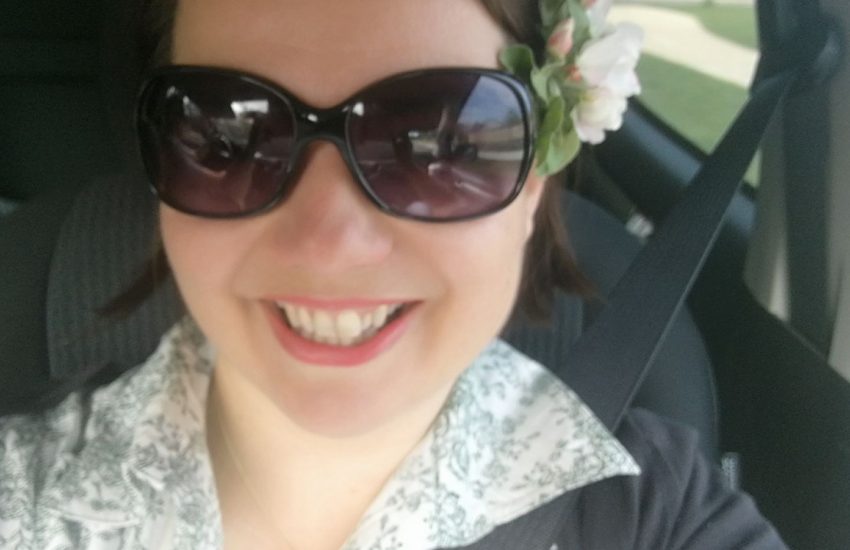 I celebrated my birthday on Saturday.  I wanted to take this opportunity to do a bit of a stock take, and to share with you what is happening with me on the financial and also personal front.

I had a fabulous day, with my wonderful boyfriend treating me to a road trip to Sydney where we walked over 23,000 steps (I would have blitzed it if it was still Steptember).  He brought me a lovely necklace, allowed me to stop by the side of the road to pick crap apples to put in my hair, waited patiently while I took pictures of canola fields in flower (even helped me take some photos), and let me indulge in some Taiwanese food (including Din Tai Fung xiaolongbao dumplings) and catch up with a girlfriend. Yep, he’s a keeper.

Oh, what difference a year makes.  Last year I celebrated by being taken to an expensive Italian restaurant where I drank Prosecco and Sicilian red wine, ate over-priced tortellini and people watched. I wrote about how excited I was to have paid off my mortgage.  This was a goal I set for 2016.  Well, the big change is that I now have a mortgage again.  Say what?

I planned to pay off my outer suburban four-bedroom house mortgage, build up some savings, take a holiday or two, then sell the house and downsize to a townhouse or apartment that was closer to work. I planned to do this ‘sometime in 2017’.  As it happened, the opportunity came sooner than I expected. I bought and sold in December 2016, and moved in January 2017.

I now have a mortgage, currently at $70,000 (but will grow a bit due to a capital gains tax bill I will need to pay in 2018). I also need to pay strata management fees and a sinking fund of nearly $7,000 a year, plus rates of around $2,000 a year.  That said, my electricity and water costs are much, much less (I haven’t yet done the detailed sums but my back of envelope is a saving of around $2,000 a year).  I also pay around $150 a month less for transport (a saving of $1,800) because I cycle to and from work several days a week.  When I do drive, the distance is much less. I will be able to hold onto my 17 year+ Toyota RAV 4 for longer because I am not driving it as far or as often.

On paper, I am now more in debt and I have more expenses related to my accommodation.  And I also lost the income I was gaining from the granny flat I was renting out.  But not all decisions are about dollars and cents.  I was spending up to two hours a day in traffic, and I have gained more time to cycle, spend with kids, cook and connect with my new boyfriend. I love being able to cycle or walk to local cafes and restaurants. I look and feel so much healthier.  The move is adding years to my life, and giving me space to write more.

After buying my three-bedroom apartment, my new goal was to pay off my mortgage by the end of 2018.  But that goal, too, has recently shifted.  My ex husband and I have two remaining investment properties.  We were planning to sell, but I was reluctant to as they were rented well and the costs of selling would be high.  Instead I am now in the process of buying him out.  It feels so empowering. I didn’t think I was yet in the financial position to have investment properties in my own name. Yet it wasn’t that hard at all!  Later I will share with you my experience of obtaining finance, but let me just share that all those little things I do in my frugal lifestyle that I don’t think matter do add up.  I am in a good financial position and able to negotiate the best possible rates that would, and do, make other people envious.

On the relationship front, as well, I have learnt to recognise my worth and pursue my gold standards.  I broke up with my ex because he wasn’t treating me right – I later found out he lied about the fact he was in a new relationship .  A friend told me that, in his honest opinion, I was too focused on the status with Mr Red Sports Car (the nickname I gave him even indicated that).  I don’t know – maybe I was.  I liked the fact he was successful. I liked the fact that he had style.  I was never a recipient of his financial largess, and actually if you added up all the things I did for him he took more than he gave.   I was always a bit uncomfortable with his status spending and debt, but I reasoned that it was a post separation thing, that he would change, was changing, or that it was all relative given his larger income.  I saw what I wanted to see.  Moral here – you can never change someone and if you are in a relationship where you have different financial values, you probably have different values on other things as well. And if someone is not valuing you now, they probably never will.

I now know my gold standard.  Fine dining and expensive wine paid on a credit card might sound glamorous, but it is not nearly as special as a simple meal shared from the heart.  An authentic relationship is one that is built on trust, integrity, love and mutual respect. Oh and my new man is just as frugal as I am – probably more.  No overpriced sports car here, but instead a reliable ute that was great for our road trip to Sydney and will enable plans for camping and caravaning.  He has already helped me fix things in and around my apartment that have saved me hundreds of dollars – if  not more.  He has helped me pick up furniture, clothes and other items for free through my savings networks.  We speak openly about finances, and money, and how to attract abundance.

Have you read the Millionaire Next Door?  If not, put it on your must read list.  True worth is rarely in found in mansions in wealthy suburbs. I grew up in an affluent area, and you might be surprised the amount of houses that are sold suddenly because of bankruptcies. One of my school friends who lived nearby suddenly disappeared from our private school – turned out her stepfather absconded after stealing from his company.  Instead, REAL wealth is often in the suburbs, in modest yet unassuming homes.  Certainly many billionaires – think Warren Buffett – lead simple and relatively modest lives.  They don’t spend to impress other people, and they don’t need to.

Best birthday ever? I think so. And I know I am on the path to making good financial decisions, because I am true to myself and my values.

Have you had a birthday recently? If so, happy birthday to you!  What did you do to celebrate your birthday?  Do you know and appreciate what your gold standard is?