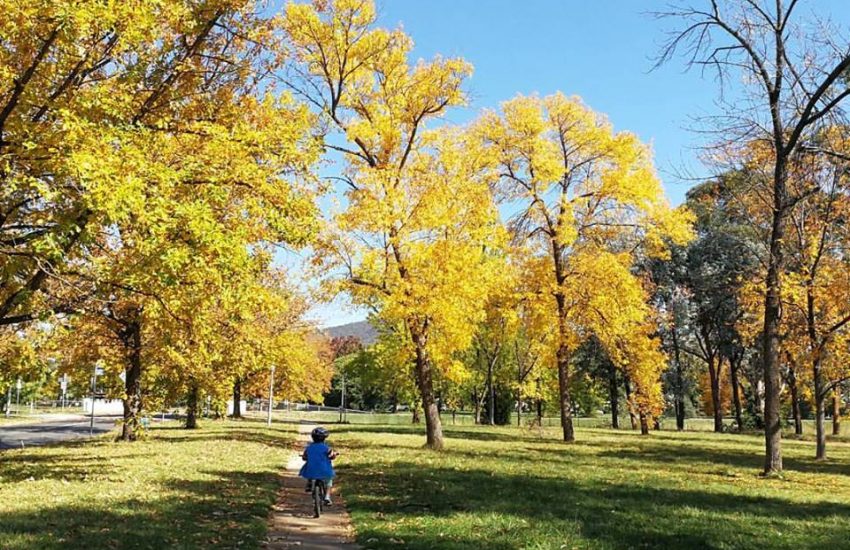 I wrote this last year, after a bit of a distressing incident while cycling with my kids.  My kids don’t really like the outdoors.  They are much happier at home in front of their Lenovo tablets.  It is a struggle to get them out and about.  It certainly doesn’t help when people are less than supportive of imperfect action.

I wrote this with the aim of it being published in the media.  But that didn’t happen, and as it sort of fits with the transport theme of this and last month, I am publishing it now.  The more I think about the issues, the more I am convinced that there are some serious issues stemming from inactivity by the Z generation.  This is, down the track, going to lead to increased transportation costs and a  potential rise in health care costs due to inactivity.  The rite of passage of running around suburban streets playing with other kids and, shock horror, climbing trees – without mum and dad to hover over you – is now past.

For now, here is an article about cycling with kids for your reading pleasure.

“The car hooned around the corner and halted abruptly. A woman leaned out the window and screamed at me.

“What kind of mother are you!” she screeched. “Your boy was almost killed. And you didn’t even notice. You just sped on ahead!”

Shocked, I had trouble at first following what she was saying or what was going on. But when the message dawned on me that my eldest son had a close encounter with a car while on a bicycle, as a mother I felt deficient and guilty. This is guilt that parents, especially mothers, know so well. It is a deep feeling of inadequacy that can take days to shift – and sometimes never does. Deep down in your soul, you feel it, this dread that you have unintentionally harmed your child.

Once the shock wore off, I then questioned why it has suddenly become dangerous, in Canberra, for young children to cycle in a residential area on a Sunday morning.  Have we become so intolerant as a society, so busy and rushed, that we think it is okay to nearly run down a young cyclist crossing a road on foot rather than just slow down?  And then criticise the mother for it being her fault?

The incident took place in an inner Canberra residential suburb at 9.30am on a Sunday morning. To encourage more physical activity (we are not an especially sporty family), I had insisted my boys (nearly 5 and 7)  cycle 800m from our home to church. They weren’t keen, we were running late, and I was slightly impatient and flustered but still determined to complete the cycle journey.

Interstaters often say, in a somewhat superior tone, that Canberra is a good place to raise kids. The implication is that unless you have a boring, domestic life that you wouldn’t possibly want to live in the nation’s capital. The reality is that most big cities in Australia are hellish to navigate for parents of young children. This is especially the case for parents who negotiate hours on public transport, traffic and inflexible childcare arrangements daily in pursuit of corporate culture. It is difficult often for many adults, let alone children, to walk or cycle as part of their daily routines. Even in cycle friendly Melbourne a mother was killed in a tragic cycling accident last year.

Just over a year ago I left my Western Belconnen community and moved to an inner-north apartment. My boys have far too much screen time, which had become an electronic babysitter of sorts. The Canberra commute is nothing compared with Sydney, but in our old home by the time I negotiated traffic and made it home at the end of a day of deadlines, cooked dinner, did the dishes, made the lunches and hung out a load of washing I was just relieved to have space in my single parenting life to get everything in a semblance of order. That is until I woke up early the next morning and did it all again.

My boys’ previous school was in one of those idyllic quiet, leafy Canberra suburbs where neighbours greet each other by name and local kids walk and cycle to school without parental supervision. The school was an early adopter of a 30km speed limit in the school zone. Had I been a stay at home mum, worked at home or nearby, I would have loved this active culture. However, my bum was getting bigger as I drove around collecting two kids from two separate places.  I struggled to find time to exercise. How could I model active behaviour for my kids, let alone find time for them to be active?

Cycling with two children at different ages and abilities can be challenging. You would think my seven-year-old would be the fastest, but he has mild cerebral palsy and lacks confidence on wheels. Meanwhile, the youngest steams ahead with over exuberance and not much road sense. Usually, I cycle in the middle, trying to keep an eye on them both.

On the morning of the incident, we had crossed Northbourne Avenue (with care and diligence), walking our bikes after we saw the green man signal. As we neared church, we went through a final roundabout. I thought we were all together going through it. I thought my eldest son was just behind me. What I didn’t realise was that he hesitated, decided to dismount his bike and cross by foot. He then didn’t notice that a car was about to rush through the roundabout. The car beeped at him as he attempted to cross.

I was around 50 metres ahead with the little one. There was a lady on the footpath in a motorised wheelchair, and I worried about the little one getting in her way. I guided my son around her, thinking at the time that I was giving my eldest a bit more autonomy to build up his confidence.

I was shocked to be accosted by this woman who did not know us, and who (rather than helping) decided to judge us before speeding off.  My son was more upset by her outburst than by the car beeping at him, and it took a lot of encouragement – a lot – to get him on his bike again.  He was already unsure of himself about being on the bike and this did not help.  But yes, I felt terrible – and I still do – because I ought to have been more vigilant.

How have we created a culture where children are cottonwoolled, chauffered to school of a morning, thrust into too many approved extracurricular activities, chauffered home, and never allowed to explore, to take risks, to make their own adventures?  Growing up when not much older than my two, I used to get on my bike and ride around local streets – sometimes even going into the busy main street to buy an ice-cream or just to hang out. It wasn’t that long ago, and yes, there were roads and cars then.  And also society is much safer than at any time in history – one of my sister’s classmates, Sian Kingi, was brutally raped and murdered when we were growing up as kids in Noosa yet still we had more autonomy then than my own kids do now.

Instead, now we have a consumer culture where you pay for leisure activities, you pay for coaching and you pay to go to theme parks and exhibitions, but rarely are kids left alone to simply just be. Parents are spending a fortune on kids sporting activities while sitting on the sidelines watching even though they are likely to be a heart attack risk themselves. Children mirror what they see; no wonder an estimated one in four Australian children are obese.

If we want our kids to be active and healthy, we need to do this ourselves. It takes a village to raise a child, and we need to start by encouraging more activity in our communities.

Do you cycle or walk with your kids?  How do you encourage young people to be active?