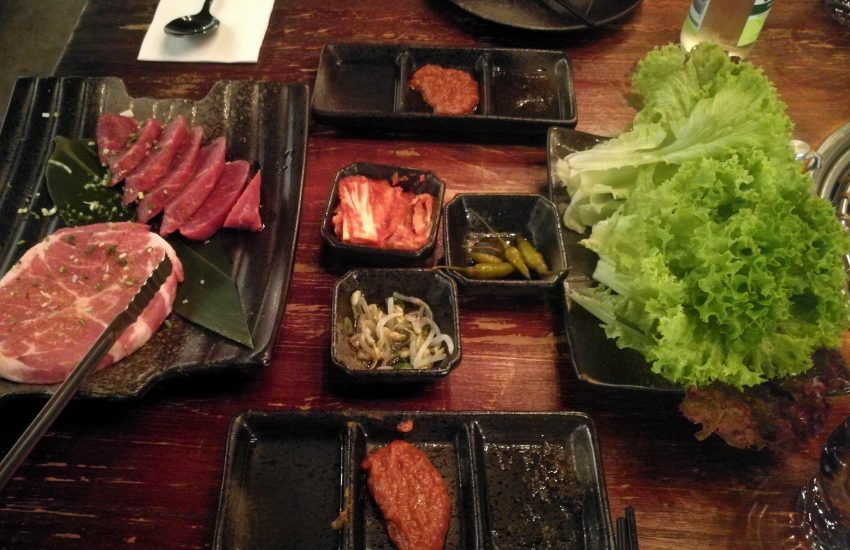 It’s 5.25pm, and my Neil and I are peddling furiously on our bikes. The reason? We have a 5.30pm reservation at a Korean restaurant and we don’t want to be late.

Neil likes to be on time or early. I struggle a bit, but don’t like to be too late.  In this case, we can’t be late because we have a special First Table reservation.  We have a special voucher that enables us to claim 50% off the food bill, but it is voided if we are more than 15 minutes late.  Since our apartment is close to the city, we thought it would be quickest to cycle in rather than drive (and park) or walk – thus the furious cycling.

We were happy to dine early  – we had an event on at 6.30pm and wanted to eat beforehand.  People eat early for all sorts of reasons: before seeing a movie, straight after work, or because they get up early and go to bed early.  And if you are inclined to eat at a restaurant early, you can save money on your meal.

First Table works like this: you choose a restaurant, book it and pay $10. This is non refundable, and does not go to the cost of your meal.  If you search you might be able to get a $5 off voucher for the first use (I did).  I also got $5 off my next voucher by sharing my reservation on Facebook.

You turn up at the exact time of the booking. If it says 5.30pm, or even 5.00pm, you need to turn up at that time as the restaurant does not have to honour your voucher (even though you have paid for it) if you are more than 15 minutes late.

The booking can be for 2 or 4 people – no more than 4 and you cannot try to be tricky by combining tables and ending up with 8.  You get 50% off whatever food you order for dinner.  This does not include drinks.  Our conditions stated that we had to arrive by 5.30pm and vacate by 7.30pm.

And then there is the feeling of being, well, like Jerry Seinfeld’s parents in Miami who like to go out to dinner at 4.30pm to get the early bird special.  I’m not that old yet!  But sometimes, like on this occasion, I want to eat dinner early – why not take advantage of a good offer?

The wait staff knew who I was and led us to a table with ‘reserved’ marked on it.  I explained that we couldn’t stay for long, and so we ordered quickly.  I thought we might have had a restricted or separate menu, but no, we could order anything. So we did.

We ordered rump steak, pork shoulder and chicken drumstick for the Korean BBQ, served with rice and lettuce.  We washed it down with jujube tea (me) and a pear cider (Neil). We enjoyed our meal.

I looked around and felt almost smug.  The restaurant was a third full and we were all eating the same food, enjoying the same experience, but we were getting 50% off the bill.

When it came time to pay, it was cheap but not super cheap.  When you take into account the $10 booking fee ($5 in our case), and the fact that drinks are not included, it was around par with using the Entertainment Book (this restaurant was listed in there as well).  On the basis of our calculations (below) we were four dollars better off with this voucher (on the basis of using a discounted voucher that cost only $5).  It would be more valuable if you were in a group of four and planning for a bigger meal.  But for me, I am not really up for a big, heavy, multi-course meal at 5.30pm. Or anytime really

‘What is your experience of using First Table,’ I asked our waitress when we paid.

‘It is generally good,’ she said.  ‘We are busier later in any case, so this allows us to get people in before the rush.  Actually, I use First Table myself when I go out. There are some really good restaurants that take part in the scheme.’

When you think of it, the restaurant business model is kind of weird. Most people want to eat out between say 7.00pm and 8.30pm. Restaurants struggle to get people in early, and struggle to get people to eat at lunch.  For health reasons, we probably shouldn’t be eating big meals late at night anyway as it sits in our guts overnight.  Nothing worse than eating a heavy meal late at night and then having trouble sleeping. So why not embrace the early bird special revolution and enjoy the health benefits?

First Table operates in several Australian and New Zealand cities.  Most of the Canberra restaurants I previewed on First Table had start times of between 5.00pm and 6.00pm. One was a bar that had weekend specials at 8.30pm.  A 6.00pm start for a 7.30pm or 8.00pm finish is reasonable.  Actually, I was once taken to a swanky and somewhat pretentious restaurant for my birthday and it was so hard to get reservations we had to dine at 6.00pm anyway.  Why not get a discount for doing so?

Would I use First Table again?  Yes, but next time with a group of four (with friends who are likely to be on time). Who wants to go on a First Table dinner with me?