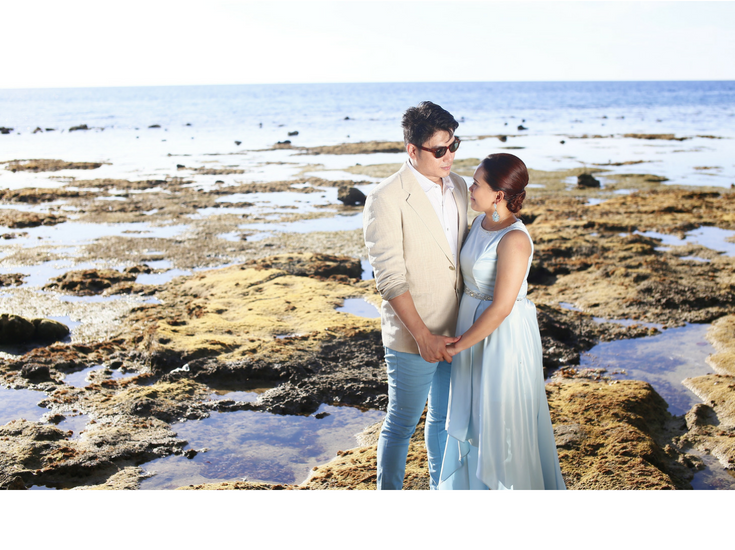 I wanted to speak with Ann about prenups out of more than just professional money blogging interest. My fiancé, Neil, and I have been together since last August, and then he kind of moved himself into my apartment quickly.  We were engaged in December, and then nine days later he had a heart attack.  Talk about a roller coaster!  He is recovering well healthwise and we are getting married in September.

I came to the relationship with more assets than him – namely an apartment with a small mortgage, two investment properties, a small Vanguard account and superannuation.  I have two primary school-aged sons.  Meanwhile, he sold his house and received a modest amount of cash, has a bit of credit card debt, a ute, a caravan, a motorbike and arguably one of the most generous defined benefit superannuation schemes in Australia.  He has three adult children and a grandson.  We have five children between us: his are all adults, and mine are still only young.  While we envisage a long and happy life together, how do we organise things going forward?  What is fair and what is right in terms of how we should organise our finances?

Chatting with Ann enabled me to ask all the hard questions that I had been too embarrassed to ask – which has helped me think critically about whether I need a prenup and if so, what would go in it.  Such agreements seem, well, aggressive and scary and some people are morally opposed to even talking to their spouse or spouse to be about them.  If you love someone, you should commit totally and bring all your assets to your relationship?  Sadly, many people are left in a vulnerable position as a result of relationships not turning out to be happy ever after.

Q: What is a prenuptial agreement?

Firstly, in Australia, we don’t use the term ‘pre-nuptial’ agreement.  Rather, we refer to these documents as Binding Financial Agreements (BFAs).  BFAs have been in existence in Australia since the end of 2000, but they have been in existence in the United States for a long time.  They are not just for male/female married couples – they also can be used for same-sex couples and for de facto relationships.

They are a ‘dead document’.  This means that they only come into effect if you separate. It is important to undertake estate planning at the same time as drafting a BFA to decide how you plan to treat assets when you die. If you are trying to work out what to leave children from previous relationships when one or both of you die, then you need to do this in a will rather than a BFA.

A key requirement of a BFA is that both parties are required to receive independent legal advice separate from the other party.  A lawyer cannot do it for both sides.

Q: Is a BFA like a financial plan that sets out what each partner will contribute?

A BFA cannot delve into how to manage money during a relationship.  If this is what you are after, you can draw up a separate document to outline this.  For example, you could outline that there is a 70/30 agreement in relation to an item of real estate and John will pay 70% and Mary will pay 30% of the mortgage payments.

This can, however, be problematic.  What happens if one party gets sick and is no longer able to work? Or if one party is made redundant?  One side is bought out or sells out? If there is an intention that, say, one party does not contribute for a short period because he/she is not working then it is important to keep records to demonstrate this.

A BFA also cannot deal with lifestyle issues such as who will take the wheelie bin out each week.  It can only deal with how assets would be treated in the event of separation.

Q How should a BFA be drafted?

There are different ways to draft a BFA.  Often parties attach Schedules A and B to their BFA setting out a list of assets each is bringing to the relationships and then say each party keeps those assets in the event of separation. It might not deal with items that are accumulated afterwards, or it may say all other assets will be held equally or later acquired assets will belong to their legal owner.

If items in schedule A are converted, then there could be problems.  For example, if Mary owned a house listed in schedule A, sold it and then transferred it into a joint account with her husband she may have effectively given half ownership to him.  What happens if she then gives that money away or invests elsewhere?  It is important to consider any significant money decisions and consider whether, in the event of separation, what each party would receive.

It is also important to be mindful of everything you do and in whose names you acquire assets.   Whenever you make purchases, it is important to look at the BFA and consider tax minimisation issues and also things like the combination of ownership and inheritance. For instance, if your BFA says that your assets will be 50/50 but you transfer money into one party’s name because it was more tax effective there might be implications if you separate.  In living your financial life you need to consider what would happen if the BFA becomes active.

Q:  What is the jurisdiction of the Family Court over BFAs?

A BFA takes away the Family Court’s jurisdiction in relation to property issues.  Because of this, it is important that the BFA is well drafted and that the people who entered into the agreement conduct their financial affairs in accordance with what is in the BFA.

In a separation, the process is to:

The above reveals a broad discretion.

A BFA seeks to provide certainty. Even if you do not proceed to do a BFA, preparing the lists in schedule A and B is important as it shows what both parties had when they entered into their relationship.

If you are entering into a new relationship where and you have more assets than your partner – and you have children to support – a BFA is beneficial as it would prevent your assets from being diminished through a court case.

But a young couple starting out generally does not need a BFA unless one party expects to receive a large inheritance.

You do need to be careful about entering into a BFA, especially if down the track you leave work to take on caring responsibilities.  For example, say a young woman entered into a BFA with the intention that her husband retained assets he had before his marriage.  Then he left her when she was not working because of young children.  Applying the BFA in those circumstances might leave her in a vulnerable position.

Q:  My husband’s in-laws want me to sign a BFA before we get married.  Should I sign one?

There is a trend towards future in-laws demanding that someone who plans to marry their son or daughter sign a BFA.  This is because older generations are handing over wealth to the next generation, and they often do not want family assets being trawled over in the event of divorce.

[Ms Frugal Ears note – I can imagine it would be daunting to be marrying into a wealthy family where they insist on you signing a BFA. In this instance, it is especially important to seek legal advice. You might also want to think about whether they are the sort of future in-laws you actually want in your life. ]

Q:  Why has there been such bad press about BFAs?

BFAs only came into existence in Australia in 2000.  It took a while for the first tranche of people who had entered into them to separate and then to generate case law of people who had applied to have them overturned.  The grounds for overturning BFAs are very strict.  The frequent ground is duress.

The classic case of duress is where a man marries a foreign bride and pressures her to sign a BFA.  For example, in the case that went to the High Court last year, Thorne v Kennedy, a man met a woman from overseas online and then and brought her to Australia.  Two weeks before the wedding he informed her that the wedding was off unless she signed a BFA that said she received nothing if they separated within three years and only $50 000 if they separated after 3 years. She had little by way of assets. He was worth at least 18 million dollars.

The courts tried to assist people who were in vulnerable and difficult situations. There was a trend towards the courts ‘attacking’ certificates of legal advice.  In a few cases lawyers had sloppy filing practices and could not produce letters to prove they had provided advice, or the file notes about oral advice were difficult to read.

A high profile case where a BFA was challenged involved Grant Hackett and his former wife Candice Alley – this is a complicated case where the BFA was varied and two law firms were sued.

The Government planned to enact legislation to outline that a certificate of independent legal advice was sufficient evidence of advice given, but the legislation did not proceed.  However, leaving aside the duress cases, a number of cases upheld BFAs as time went on.

Q:  What do I need to do after getting a BFA?

While a BFA is a ‘dead document’ that only comes into effect upon separation, it is important to communicate its contents to your financial planner and conveyancer.  And it is important that you have a will in place, which should be updated every couple of years.

Q:  My partner and I are living together and plan to get married later in the year – when should we do a BFA?

Many couples ‘drift’ into a relationship.  They might start staying over, and decide it is easier to have a boyfriend or a girlfriend as a flatmate.  They might not consider this to be a committed relationship, even though it is recognised under law.

Since 2009 de facto relationships have had their property cases determined under the same commonwealth law as married couples. You do not necessarily have to be living in the same house all the time to be considered de facto – staying regularly at one partner’ s house might qualify.

You are considered to be in a de facto relationship from day one of cohabitation. Centrelink and employers have their own rules about lengths of relationships and when you need to inform them.  But you cannot make a claim on each other’s assets based on living together until you have been together for two years, you have a child together, or one party makes a considerable contribution.

It is best to enter into a BFA sooner rather than later, especially where one party has significant assets from a previous relationship. Don’t leave it until just before the wedding or having a baby or buying a major asset as you could be at risk of a claim of duress.

Q:  Can my BFA cover superannuation?

Yes, it can. Many people don’t realise how significant superannuation can be. Now that superannuation is able to be split, it has enabled greater equity in divorce and separation proceedings. It is also a very important aspect to estate planning and needs careful consideration especially for those funds where your will cannot dictate what happens to your superannuation because of the rules of the super fund (very important for military or public service funds).

Ann Northcote is a Director with Farrar Gesini Dunn and has over twenty years experiences in family law and estate planning.