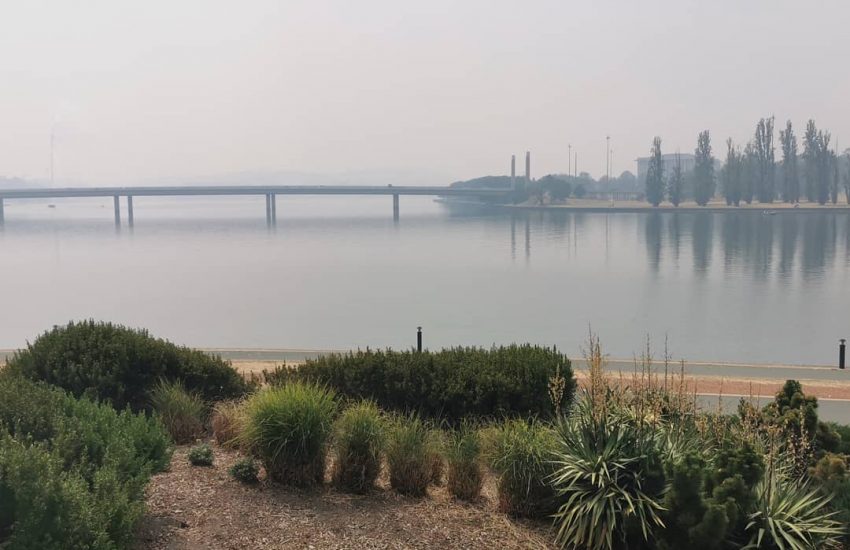 We spent most of yesterday digesting the horror of the bushfires. And the rest of it we spent indoors.

With bushfires on all sides of Canberra – including some a bit too close to the south – Canberra has been blanketed in thick, smelly smoke. It was bad and it wasn’t just my imagination as the air quality where I live was forecast to be ten times the level of hazardous. At the end of the day, media reports highlighted Canberra as having the worst air quality in the world.

I was proud of my boys, but it was a hard day for them. They just wanted to go outside and kick a footie. We played Monopoly (until my 7-year-old had a meltdown). We played chess (until they had enough). We played one game of Rummy-o (until I won and that ended it). I tried to put on a movie on Netflix and they weren’t interested. My 7-year-old taught himself some new Rubiks cube algorithms and solved his cube in a record 15 seconds. Yet still, they were niggly. They had cabin fever – really bad. They had so much pent up energy they didn’t know what to do with it.

My Dad, rather bravely, ventured out to Australian Parliament House to see the new Julia Gilliard portrait. We stayed indoors. All day. Windows shut up, airconditioner running. I hate using so much electricity, but this is a crisis. If we didn’t have airconditioning, it would be hard to breathe. Thank God we have power, unlike many people at the Coast! And I can’t help but think how hard it must be to breathe on the fire ground.

With this putrid smoke lingering, I haven’t been out to declutter at op shops, and no one has come to collect any of the several items I have listed on my Buy Nothing Project group. Manana. Maybe. I wouldn’t go out in the smoke, either.

In the meantime, I’ve been updating yesterday’s post about giving to the bushfire disaster with links as I come across them. There are some really insightful views from people with experience in the 2003 Canberra bushfires, and who have worked in charities assisting people in need. Check out the blog post and the Facebook Group.

But I did put together a collection of clothes and accessories for my Dad to take to give my sister, Spring. Spring will be visiting Dad in Melbourne in February. Dad is often our clothes runner. He arrived with a bag of clothes from Spring and has left with another bag of clothes for her. I hope she likes some of these choices.

Overall, a slow decluttering day giving the weather situation but I still managed to gift via my Dad to my sister: