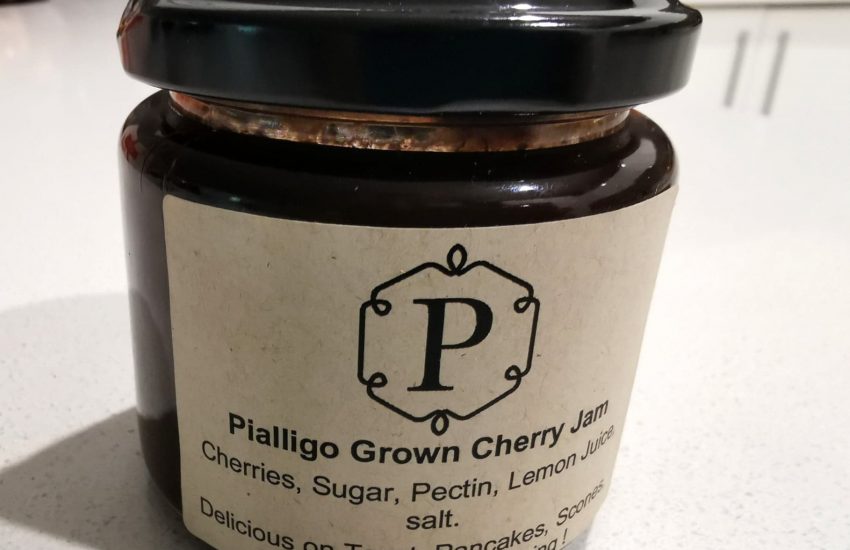 I love the Buy Nothing Project. I consider it to be lifechanging. Don’t believe me? Today was a good Buy Nothing day.

But first, the Canberra and bushfires.

The air quality was much better – only ‘poor’. I woke up and opened up the flyscreen door to get in some air. Bliss! I noticed that it sounded different to the deathly quiet I had been used to in recent weeks. Ah, the parrots are playing in the Manchurian pears! I hadn’t seen that in a while, and it used to be an everyday occurance.

I bundled my reluctant boys up and took them to a school holiday program. They weren’t too happy about going. Many of their friends are staying away from the smoke haze in Canberra, and they felt like they didn’t know anyone. Mid-afternoon, the coordinator rang asking me to pick them up. My 7-year-old was complaining of having breathing difficulties. This has been a legitimate complaint, but he does turn it a bit when he needs attention.

But in the morning, and the early afternoon, I had time to myself for writing, admin and Buy Nothing.

The last parcel from my David Jones quilt cover arrived. I was kind of surprised as Australia Post had stopped deliveries in Canberra due to the air quality. And I was even more surprised that the lady delivering the parcel was not wearing a mask. She said it was hot and uncomfortable to wear a mask, and they are all back to delivering items. For now. And with all that is happening around Australia, receiving my shopping seemed, well, trivial.

Today was a welcome reprieve, but it is going to get worse before it gets better. This article explains why Canberra is likely to be covered in smoke for the foreseeable future. The cover photo is taken around the corner from my apartment. Yes, it does often look like this.

There have been more and more reports from media and individuals about why giving ‘stuff’ to bushfire survivors is the wrong way to go. It diverts volunteers from helping to sorting. It foists second-grade stuff on people who might not want it, and it clutters up community spaces making it difficult for people to meet. If you know someone who needs something, by all means, give it to them. Otherwise, donate money instead.

Not long afterwards, someone from my Buy Nothing Project came to collect something.

I bought this cute IKEA laundry hanger in Taiwan when my 7-year-old was a baby. I used to hang little toys from it and he would grab them (it worked kind of like a mobile).

The guy who collected it moved into my neighbourhood recently. He has an 18-month-old baby, and a four-year-old. He wanted it for his toddler, who is really into watching an octopus character cartoon at the moment (Octonauts? I’m not sure what she is watching). “She’ll just laugh at this,” he said.

I’ve had this for years, and I was reluctant to get rid of it because a) it cost money b) I liked it c) it had memories and d) I thought I would use it again.

I haven’t used it again in almost seven years, and it was annoying clutter sitting on top of my washing machine that annoyed me whenever I had to find space. Which was once or twice a week. I told Neil that I had given it away during our daily Facebook messenger chat. “Good,” he said. “I’ve got another one anyway.

Then mid-afternoon, I went to drop an item off to someone else in my Buy Nothing Project group – and collect something else.

I bought this DVD of 27 Dresses just before Christmas from Vinnies. It cost me $4. I watched it once and really liked it. I was having a bad day and was super cranky (basically, I was cranky because Neil was about to go away overseas and I was displacing that with other things). Watching this movie put me into a good mood. I doubt I will watch it again.

A lady in my group put her hand up for it. I had another item I was overdue to collect from her. I’ve collected many things from her over the past few years – including stalks of her beautiful lavender, which I make into wands for Christmas presents. But we’ve never stopped for a chat. Today she invited me in and we talked for a while. She is a former sociologist and has some really fascinating views. I’m so glad I made the time to stop and connect.

Then in the evening, I went to pick up a jar of Piallago Estate cherry jam.

Piallago Estate is the bees knees. It’s gourmet heaven. I love their stuff! And this lady gave it to me – for free – because she and her partner are moving and decluttering.

The Asian lady who listed it wasn’t available, so I met with her partner. On a whim, I asked where his partner was from and found out she is from Taiwan. Taiwan! A place where I have a strong connection – and I’ve got lots of Taiwanese cookbooks I want to give away. There isn’t a large Taiwanese community in Canberra

With the air quality only ‘poor’, I was able to get out on my bike and cycle around to meet people. And it was a day that really made me realise why this decluttering challenge is important: it’s not just getting rid of the excess stuff that makes me feel happy, it’s connecting with my friends and community.

Have you experienced joy from giving? Today I certainly did. What is your most memorable giving moment?