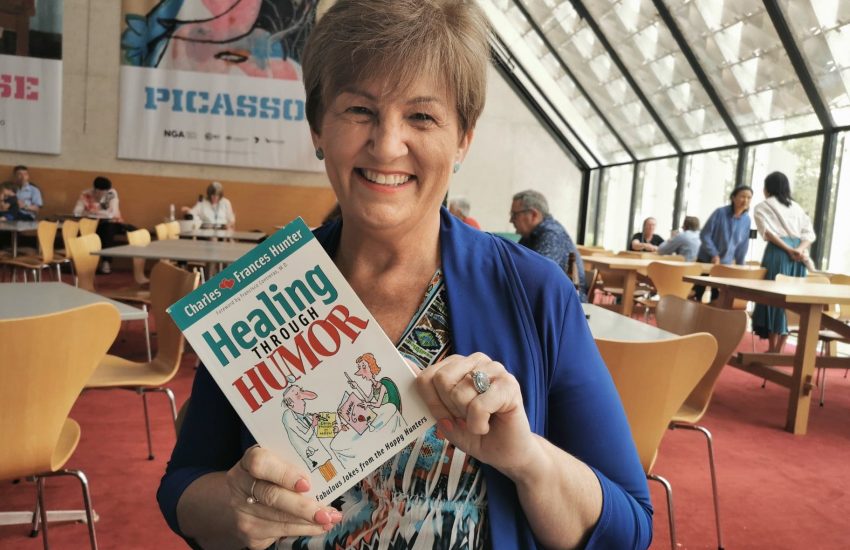 Today I stepped out to the National Gallery of Australia to have coffee with my friend Bin (Belinda) Barnier.

I met Belinda late last year – she is a good friend of a good friend. She’s a dynamic woman who has helped fundraise over $10 million for Canberra charities, especially those that assist people with cancer and related diseases. In fact, when I saw her today she was happily chatting with a chap that she had met years ago when he had leukemia. He then shouted all three of us tea and coffee. She clearly made an impression.

And now Bin has just been diagnosed with breast cancer.

Rather than wallow, she is using it as an opportunity to affect change.

“I have a message to all women, especially those aged 40 to 50 – go and get a mammogram!” She said she only had a mammogram in December at the urging of a close friend. Mammograms are free to women aged 40 and over (previously it was 50), and she wants to spread this information so that women know. Routine reminder letters are not sent to women aged 40 to 49. In her case, the lump detected on her initial mammogram on 11 November increased by 50% by the time it was removed on the 19 December as a triple-negative breast cancer.  She believes that early detection has saved her life.

In addition, Bin regularly posts positive messages about resilience, hope and courage on Instagram. I love reading her memes.

As she goes through her journey of healing, she is consciously focusing on positive energy. So I gifted her a book about healing through jokes, and a light-hearted chick lit book (Glamour by Louise Bagshawe). I was hooked while reading this – such fun story of three young women who faced adversity, looked fabulous and ended up doing really, really well for themselves.

We talked about giving and receiving, especially in crises.

Bin said that in a crisis, cash is king. “I was once working for a charity that is a first responder. And people would give us so much stuff. It would take ages to sort it through,” she said. “One time we sorted clothing in a school classroom, but one of the students had nits and it contaminated everything.”

“Further, the quality of what is donated can often be dodgy. No-one wants a tatty, old jumper. It’s important to give things in a state that you would like to receive it yourself.”

Bin also cautioned against those who seek to be heroes through their giving.

“It’s all well to be a giver,” she said. “But it can be dominating, and potentially disrespectful in a relationship. I’ve seen nice people turn righteous, bitter and twisted from over-giving. This is because they give, give, give yet never receive. It is important to be humble enough to receive.”

As we spoke, she picked up the teapot in front of me (I’d enjoyed a nice pot of English Breakfast tea courtesy of the gentleman we just met). “If I offer you a pot of tea, I need to honour whether or not you will accept,” she said. “And furthermore, there is a difference between asking and demanding. People complaining that others haven’t helped them when they demanded things on their terms is not right.”

I was beginning at this point to experience some profound shifts in my thinking about giving – and receiving. But there was more to come.

“When I give,” she said, “I do it from a place of love and without placing any obligations on the receiver or having any expectations about my favour being returned. I give with love, and how the other person responds is not my concern.”

Giving, and receiving, are complex and involve a reciprocal relationship. I’ve spent many years in Chinese culture where giving can lead to a long term, reciprocal relationship (known as guanxi). Even in the Australian culture, there is often a sense that you ‘owe’ someone if they give you something. Yet there are times when it is important to have the humility to accept. I have accepted helped for friends after the premature birth of my first son when I’ve moved house, and after I separated from my husband. It takes strength to accept help:)

How do you like to give? Do you find it easy to receive in return? Why? Why not?