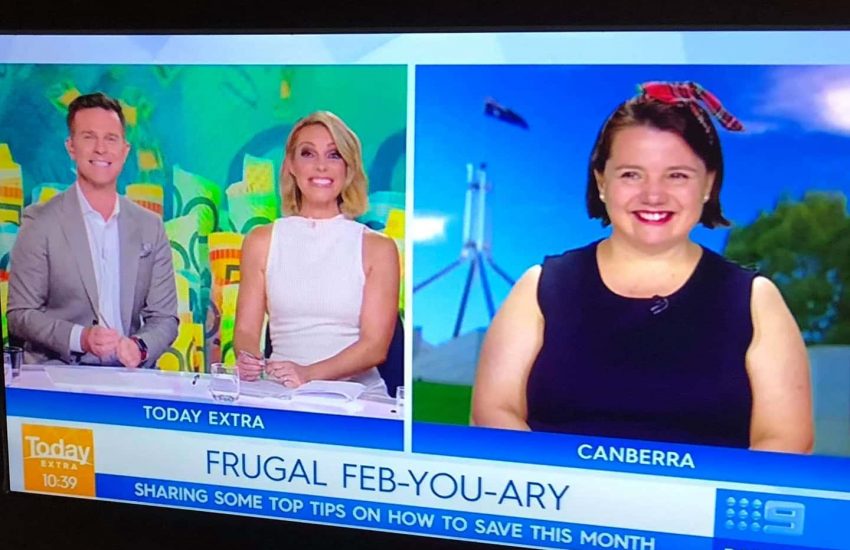 I had a crazy day that was full of extremes. And within it, I STILL managed to give away some things.

Back on the fire ground, back to school

We woke up before dawn at my inlaw’s place, on property around 45 minutes west of Canberra’s CBD. I got to enjoy the vision of the sun rising. My in-laws were already up and on their way to pick up their great-grandchildren by the time I got up.

Neil donned his yellow RFS uniform, and I dropped him off at the fire station just after 7.00am. (I picked him up at nearly 1030pm – it was a long day for him.) My youngest son was really upset and worried about him going to the fireground. To be honest, I was as well although I knew he is sensible and knows what he is doing. Plus it was a (comparatively) cool day and we all needed jackets. It wasn’t the extreme fire risk like we had seen over the weekend.

Having dropped Neil off, I then drove back into town, came home to finish preparing school lunches, and walked my boys to school. I had a pang of guilt as I dropped them off at the playground at 8.30am. They were happy to see their friends. Normally, I would try to stay until the bell rang to find out what classrooms they were in. But I had something on.

The reason for my hurry was that I had been invited onto Channel 9’s Today Extra to talk about #FrugalFebruary. I had to arrive with my hair and makeup done. This provoked a bit of angst as I couldn’t find a hairdresser that was open early enough for me to get this professionally done.

Enter my friend Erna, aka Instagrammer @SimplyCheecky. Erna is a well known Canberra Instagrammer and fashionista. She shares openly about her battles with anxiety. And as a Muslim woman, she shares a message of love, hope, peace and mutual understanding during difficult times, such as after the senseless mosque shootings in Christchurch last year.

She turned up at my place not long after I deposited the boys at school, gave me advice on my outfit and helped me with my hair. Just to be there for me.

Do you recognise this headband? Yep, I got it free from the Buy Nothing Project only a few days before and now I was wearing it on TV. I loved it and it really helped me feel less stressed when wearing it.

I was doing the recording crossed from Australia Parliament House, from the Channel 9 studio. It was an odd day to be there, with Barnaby Joyce contending the National Party leadership and colourful climate change protests out the front.

But I was here to talk #Frugal February.

David and Belinda on Today Extra were charming, and both commented on my tartan headband. Go Buy Nothing Project! But quite seriously, it is an honour to talk about the importance of reducing consumption patterns. A few years ago, maybe people would think it heretical to talk about a whole #FrugalFebruary no spend month. But now, it’s a real thing.

Oh, and yes you CAN go without spending anything for a month. Rachel Smith even did it for a whole year! We had a great chat with her on the This Abundant Life podcast.

Four minutes of fame over (so much stress over a few minutes!), Erna and I wandered out the front of Parliament House through the Climate Change protest to meet our friend Kirsty. Kirsty is another talented photographer (aka @kirsty_young), and she was out capturing all the moments – including Erna not shaking ‘Scomo’s hand.

On giving away stuff to someone who has it all

I needed to give away things as part of my #joygiving366 project. The question was: what could I give Erna?

Many of my friends share similar values to me. Increasingly, this means they are saying no to too much meaningless stuff in their lives. “I’m not buying any more things,” said Erna. “I have too many skirts – and I really don’t need anything. Please don’t give me anything.”

She and her husband moved into a townhouse last year and having gone through the packing and moving process, they want to keep it neat and tidy. Thus why she doesn’t want any more ‘stuff’. But since I know her well (I hope), I found a way to give her things she would like.

Such as this book Stock Market Secrets by Marcus Padley. Erna loves investing in shares and she has a knack of doing it.

“I never say no to books about share trading,” she said.

She also loves cats and is has just become a Cat Mama for the first time.

So I gifted-forward this lovely book on cats and Taoism.

“No more things,” she said. “Really, I don’t want anything.”

But wait, I found more. Such as a bag of Indonesian coffee left by AirBnB guests from Indonesia. It was a shame they only stayed a short time, as I think they would have loved to have met Erna in person as, not only were they all from Indonesia, but they had a shared love of photography.

And still, more to come. Erna noticed my most recent edition of Money Magazine, so I gave her three recent editions (she’s going to give this months’ back to me as I haven’t read it yet).

Time spent with a good friend and the opportunity to express an important message about reducing consumption and promoting sustainability: priceless.

Are you seeking to downsize or declutter? Have all your friends embraced Marie Kondo? Does it make it hard to get rid of your stuff when other people don’t want it?