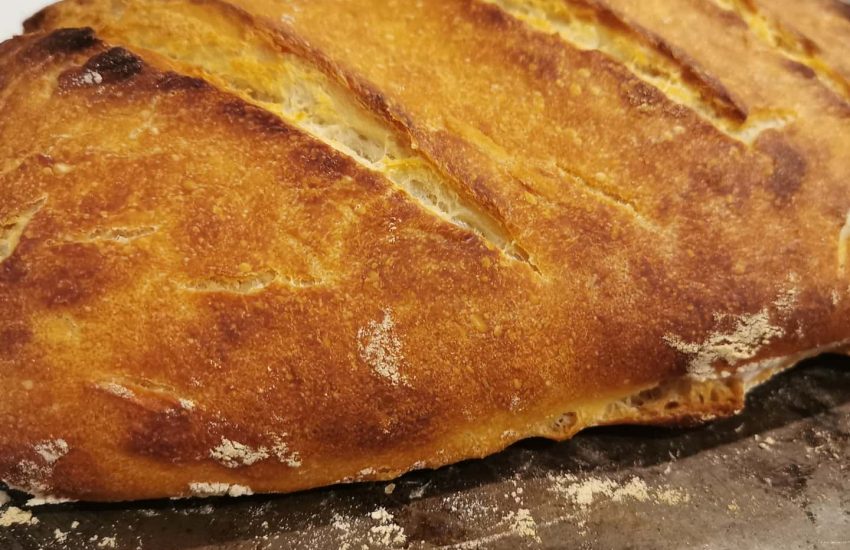 Some days are big for #joyfulgiving, while some days are ho-hum. But giving regularly is a practice. It needs to be practised over and over until it becomes a habit.

Stuff and love and needs and wants

I went out in the morning to do some admin in the CBD. It’s about a 10/15 minute leisurely cycle. I was struck by how my fitness has really gone down. I hadn’t been able to exercise much over Christmas/New Year due to the smoke haze. I was mostly stuck indoors with my kids, and it was difficult to go out. Even my swimming pool shut due to the haze.

After going to my bank, I went to ALDI to do some shopping. I paused to consider the offerings in the middle aisle. “Cool new stainless steel drink bottles in tropical leaf patterns – so cool and I would really use it,” I thought to myself. “Oh, and glass storage containers. And look, there’s a stable table thing for small laptops – my youngest son would love that for his new laptop. [Note: he paid for most of it from his own savings.] And a music book on cool songs for the guitar – I should buy it for Neil to show him how much I love him and to know I was thinking about him. And those kitchen scissors look like really good quality.”

Yes, seriously, this was how my mind was processing the specials on the middle aisle at ALDI.

ALDI have great specials. AMAZING specials. Their biggest sale day of year is their snow gear day when it gets super crazy. And then there are specials like rocking armchairs. At the moment, there are some tempting back to shool things.

My good friend, Trish, NEVER stops at the middle aisles. She knows it is too full of temptations. However, Neil and I love the inner aisles. We probably love it a bit too much, truth be told.

Having been on television to talk about #FrugalFebruary the day before, it would have been a bit, ah, inconsistent of me to grab any of these articles. I was really tempted, though, with the music book as Neil has several guitars that he keeps trying to play. On Sunday, a friend he has known since primary school came over and he was talking about how he really should (read could) play more. Wouldn’t I be a fabulous wife if I bought him that book? I’m sure he would think “wow, she really loves me and knows what I like.”

Then I remembered that my Neil is at a beginner level on the guitar. He’s been working on Cold Chisel’s Khe Sanh for ages, and still hasn’t quite nailed it (although I love listening to him try). He has also found a series of Youtube videos he likes. His issue isn’t one of not having enough material: it’s one of time. Mostly it’s because I keep him busy doing things like editing podcasts, catching up with friends and family and fixing things at home.

More likely all this stuff would end up as clutter. I have too many storage containers already, and also too many drink bottles. And I have a set of fab scissors I bought at ALDI a few years ago that are still in their original plastic. While soooo tempting when marketed as a bargain were any of these things really a bargain? Did I need any of them? Satisfied the answer was NO, I focused instead just on my shopping list.

As I was walking through the food court at the shopping mall after my shopping, I wondered if I should get something to eat. It was nearly lunchtime. I had my eye on a bowl of Pho soup. It’s only $10 – and really healthy, too. Or maybe I could splurge on a delicious fruit tart or piece of vanilla slice. Oh, that looks so good. Why not treat myself?

Instead, I went home and had leftovers from my freezer. And it was delicious.

Firstly, I want to make clear that I used cooked, leftover sausages to make this. I did not freeze, cook and refreeze. I made cooked sausages into a lentil and tomato stew (with potatoes), and froze them (along with brown rice) in stainless steel containers. No food handling rules were infringed (I don’t think).

Secondly, NO-ONE ELSE at the BBQ stall wanted these and the stall organiser was going to throw them out. She had to go back into work after the concert and did not have the time or energy to deal with a tray of leftovers sausages. (She often volunteers, despite having a busy and demanding job.) I also took home a few trays of slightly stale bread rolls, which made great bread crumbs.

Rachel Smith, the author of Underspent, queried why – when we all know we need to be sustainable – that most people would not stoop to cooking up leftover sausages. Is it status? Is it stigma? Is it because other than frugalistas, most people wouldn’t think of it? What do you think?

Readers in the Hornsby Ku-ring-gai community, I had a great chat with Aranka Nolan on Triple H 100.1 FM. Aranka is a chef, and we have a shared interest in food topics. We had a great chat about a range of things, including food security as a result of the drought and bushfires. I’ll be chatting with Aranka again next week and I’d love you to join us:)

In the early evening, I gave away some sourdough starter to someone on my Buy Nothing group.

I haven’t baked much this year as it’s been too hot. The air conditioner has been going almost constantly. I hate using so much power, but with the high heat, we needed to keep cool. Usually, I open the door to the balcony at night to let the breeze in, but I couldn’t do that during the smoke haze. To avoid heating the house too much, I’ve avoided the oven and I’ve tried to eat things like cold meat and salads of an evening to avoid making our apartment any hotter.

My sourdough starter didn’t fare well in the heat. It over fermented and turned to alcohol. I had to feed it three times a day and discard lots of starter before I could get it working again. On Monday we had cooler weather, so the first thing I did was bake a loaf of sourdough to check the starter was okey-dokey.

The second thing I did was to brag on Instagram and Facebook. As you do. That led to many people wanting some of my sourdough starter. This encouraged me to offer some through my Buy Nothing group.

I received this starter from a guy I used to work with. He received it from his Buy Nothing group. I know nothing of its providence, only that it works really well. And I love sharing it on.

The partner of someone in my group picked it up, and we had a lovely (short) chat about how to feed it and the problems of hot weather and sourdough starter. I also shared my favourite Youtube clip for making the bread. It’s the easiest and best methods I have come across to date.

Crying over a glass jug

I had a lovely chat with my friend, Trish, in the evening. You see, I was upset because I smashed my favourite glass Pyrex measuring jug.

I bought a 500ml glass Pyrex jug at a garage sale for $1 when I was pregnant with my eldest son over ten years ago. My friend Trish took me on a garage sale scavenger hunt to buy things for the baby. She was a woman on a mission. “I’m not as happy with what they have today,” she said. But still, we found some amazing things before we ended up at the Marymead charity sale and then a sale at the Macedonian church. I still wear a stretchy black jumper I bought that day.

Often when the kids were young, I would run out of milk (and being someone who wanted to save money), we would mix up powdered milk in that jug rather than getting in the car to go to the supermarket. My kids loved helping me mix the powder. I worried so much that they would think I was cheap, stingy, or inadequate for serving them powdered milk. I used to try to mix it up without them seeing what I was doing. But they cottoned on. And you know what? They like it more than fresh milk. They loved taking terms helping me measure and mix it, and they consider it a special treat.

Interesting frugalista fact: once you reconstitute the powdered milk, if you combine with real milk, shake and let it sit overnight, you can’t tell the difference in taste the next day.

I broke the jug because I was upset about something – sadly an unresolved issue from the past and concerns for my eldest son. “I’m okay, I’m okay – smash – I’m not okay.”

I stood in the kitchen crying, while Neil hugged me and then swept up the mess around me.

“Don’t worry, you’ll find another one at an op shop,” he said.

He’s right. Things can be replaced, unlike people.

Once I had gotten over crying over a spilt (broken jug), I had a lovely Money Chat with someone.

I want to give a shoutout to Anne N, who was the successful bidder for my offer in the #authorsforfireys campaign on Twitter. She received a signed copy of The Joyful Frugalista, plus she was my first official Money Chat client. (Yes, I’ve started offering money coaching services. More to come!)

I want to thank Anne N not only for her generosity in supporting the Hoskinstown Rossi Rural Fire Service Brigade, but also for sharing her passion for helping the people of Cambodia. Anne N, you have a vision for helping vulnerable people in this world and I wish you all the best in this journey. And if anyone wants to support local, philanthropic causes in Cambodia, speak to Anne N and she will tell you what she and her parents have been doing over many years.

Do you make your own bread? Or sourdough bread? Do you have a favourite recipe?