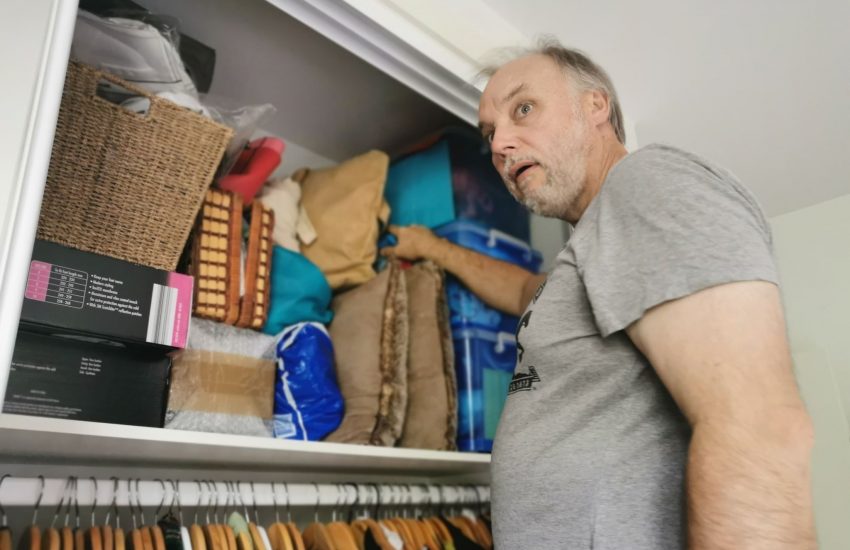 It’s raining! Canberra managed to miss most of the rain although the rain we did get was gentle. It wasn’t a terribly successful weekend in terms of #joyfulgiving, but I am back on track with #FrugalFebruary. And it was a great weekend for nesting.

Maybe it’s the cooler weather – or the rain – but I felt like things were slower this weekend. Not that we were bored: far from it. But most of our focus was on cleaning up and fixing things.

I’ve recently gotten library cards for my boys. They love going to the local library. Well, not as much as sitting in front of their computer games love. But they do like the autonomy of having their own library cards, and they’ve just discovered how to search the catalogue for books they like and to order them (i.e. they want Minecraft books).

My eldest (aka Big A) used to be really good at reading, but he’s slipped a bit. When I asked him, he said ‘there wasn’t anything I was really interested in at my school library’. I realised that at 10 years of age, and a strong reader, he needed to find more Young Adult books that he resonated with. Being able to go to the library and choose your own books is big.

Meanwhile, I had some books of my own that I had requested and were ready to collect.

For years, whenever I was in a good book store and saw some books I liked, I would write it down or (later when I had a smartphone) take a photo. Then I would go home and order it on my library catalogue. [Note: there are times when it is a good idea to support your local bookstore. And I especially encourage people to support Australian, especially local, authors. I know as a writer what hard work it is to reap money from a book – let along how much time goes into writing and editing. But a little known fact is that authors get some level of financial compensation the more a book is borrowed from a library. So, go and borrow away with good conscience.]

I thought I should do some proper research on my #JoyfulGiving challenge, i.e. I should read more books. I have now borrowed the following:

Now that Neil is back, and before he is off again (yes, he will be gone a lot this year), a focus for me is handyman help. One of the hardest things, when I was single with kids, was not having anyone to help out handyman things around the house. My Dad used to come up and help, but there was often a long time inbetween visits.

In the nine weeks that Neil was gone, there have been a few odds and ends that needed fixing. I was so overjoyed when, the morning after he arrived (after having collapsed from exhaustion the first day), he a) fixed shelving that had fallen down in the bathroom and b) got Audie’s new laptop working properly. All within an hour.

I was contemplating the value of handyman skills when we headed out to Bunnings on Saturday morning. The purpose of the visit was to buy new showerheads. The plastic showerheads in my apartment were deteriorating (Neil says the technical term is ‘atrophy’). He spent around $8.95 each on two showerheads. He chose water-saving ones, which allow a water flow of 9 litres a minute. And he chose a cheaper model with only one function (because as he noted, in the three years I have been in the apartment and the nearly two and a half he has been there, not once have we wanted any fancy jet streams – so why pay for it?)

There was a sausage sizzle tax, but only for the boys as we weren’t hungry. My youngest son wanted water. I nearly paid $2.50 for bottled water, but then I remembered I had water in the car. It’s not so much the water: I’m committed to reducing bottled water.

Then onto ALDI. Having been away in Spain, I’d need to do a huge shop. Right? Wrong. I’ve spent maybe $150-$180 on groceries since I came back on 28 January – and much of it is for cooking assignments. We’re committed to using up what we have and finding all those Unidentified Frozen Objects (UFOs) in the fridge. And, we didn’t even ONCE look at the middle aisles. I told Neil about the guitar book, and no he didn’t miss it. (Side note: as I was doing some typing earlier this evening, Neil took out his guitar and started playing it. And he took some time to teach my son a bit about chords. He didn’t need a book – he has plenty of music.)

As soon as we got home, Neil immediately installed the new showerheads. He has an amazing work ethic, which is one of the many things I admire about him. Yes, it works great and it’s nice not to worry about the showerheads breaking while he is away.

Neil also tried (unsuccessfully) to fix my youngest son’s light sabre. Didn’t quite nail it though. Who knew that things break if you repeatedly whack them?

And we had a bit of a clean up in general. This is Neil, trying to look mock horrified at my amount of stuff in my wardrobe. I got him to get down my craft boxes so I could get out some more wool (still doing projects).

And my youngest (Little A) has actually just started to learn how to knit – and he’s quite good at it!

We also did half an hour of cleaning as a family. Look how (not) excited my eldest son looks (note also their messy room in the background). By the way, newspaper makes the best cleaner for mirrors. No chemicals, no waste.

There’s a lot of learnt helplessness there, pretending its too hard. “I’m sooooooo tired ….” It’s actually easier for Neil and me to tidy the apartment up ourselves. But that’s not the point. My boys need to learn life skills. They need to know they are part of the family and that we function as a team (i.e. it’s not all about me waiting on them). And it also gives me the opportunity to have subtle discussions about their ‘stuff’ and encourage them to take care of it.

The wet weather was also a great opportunity for cooking. In particular, I created a few things for future Australia’s Best Recipes posts. We had lots of fun, especially with these.

They are piemaker pancakes, made with condensed milk, which form part of Banoffee piemaker pancakes. But Neil, and my boys, have declared these to be ‘boobies pancakes’. Ah, living in a house where I’m the only woman is sometimes trying.

And these are salmon potato cakes – but with Japanese influences. I thought these were pretty yum, and that was confirmed when Neil wolfed all the leftovers.

I’m sharing so much of our domestic weekend because, as we spent the weekend fixing, cleaning and cooking, it occurred to us that part of the frugalista mindset is understanding that all the little things that you do, day to day, add up.

We could have just gone out and bought new Minecraft books for the boys. I’d seen similar books on sale at ALDI. They’re not that expensive. But if I wanted to add up the savings from the library based on 3 x adult books and 2 x kids books, I’m guessing it would be conservatively around $120. Years ago I worked with a young guy who complained that ‘all good properties’ were being snapped up by investors. Later that day, he shared that he had just bought eight new books to read. I was tempted to tell him about how fabulous online library lending is but I wasn’t sure he was interested. Of course, please DO support local authors but you don’t have to buy eight new books in one hit if you are saving for a goal.

We could have all had sausage sandwiches and soft drinks at Bunnings. We spent $5, but we could easily have spent $20.

We could easily have spent $300 on groceries, which is the average spend for a family our size. Instead, we shopped at ALDI; on this shop, we spent $30.

We could have gotten Uber eats or take away pizza to eat on the weekend (because I’m still feeling a bit fragile), rather than cooking so much. [Note: we DID in fact go out to the Tuggeranong Southern Cross Club on Sunday for an extended family lunch – because family is important. Even then we opted for reasonably priced options, and a club meal wasn’t crazy expensive anyway. BTW, they have some great healthy options – especially for kids.]

In The More of Less, Joshua Becker notes that minimalism is different to frugalism. He’s right. You can be both frugal and a hoarder. I like my stuff, and I kind of like creative clutter so I’m struggling a bit with embracing minimalism. Neil noted, and I have to agree, that the vast majority of the clutter around our place (other than the boys crap) is mine. I struggle a little bit with the zen lifestyle, even though I aspire to it. Something to work through, but for now, I’m concentrating on #366 items.

I did give away one thing

While I’ve still got lots of stuff to giveaway, as it was raining and we were having a home weekend, it slowed down a bit. For now at least. I did, however, finally give away my dominos.

These are lovely retro, Made in Taiwan dominos. I picked them up for $1 from an op shop. We have used them maybe once. We now have a second set, so this is superfluous to our needs.

This was so hard to give away.

I first posted on 2 January. Someone on my Buy Nothing Project group wanted them, but then he was away. I thought he would pick them up when I was in Spain, and I left them in my mailbox. But then he changed his mind. Another lady said she wanted them, but it took several weeks before she, too picked them up.

Have you ever noticed how all the little savings add up? Lifestyle changes can yield big benefits.