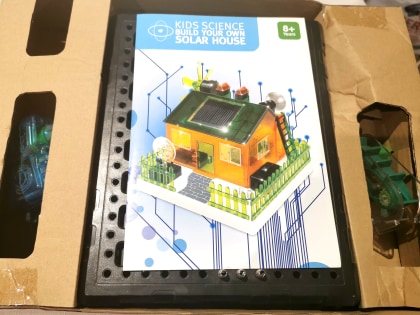 Life is now settling into an odd routine. Once the initial stress of big change happened, we sort of adjusted.

Honesty during a pandemic and the need for compassion

I’ve been a bit slow on blog posting lately. I could say it is because I am super busy, etc etc. We’re all busy, but that’s not the reason I haven’t been writing.

Having thought about it some more, I guess that in this period of time everyone is so scared and judgy, that I worry I might say something that might give offence. To be clear, we are committed to staying at home most of the time, we are conscious of social distancing, and we did not hang out at the beach over Easter. We only go out to the supermarket when necessary – and only one person goes – and we don’t linger. But even so, I worry that if I write about anything other than ‘we stay at home all day’, that someone will go ‘ah ha! She’s not doing enough to stop COVID-19!’

For instance, we went out to the country to drop some food off to my in-laws over the Easter weekend. They are in their 70s and my father-in-law has arthritis and problems walking, and my mother-in-law has an irregular heartbeat. Yes, they can go shopping for themselves but it’s hard – especially when there are queues just to get into supermarkets. They were running low of meat and milk. They also live by themselves and (as they aren’t looking after their grandkids at the moment) they are isolated. We are, quite honestly, worried about their mental health as they don’t really have anyone to talk to. I hesitated for a long time to even write this. I mean, we weren’t kissing or hugging, they’ve been in almost total isolation for two weeks, we’ve been mostly at home for a similar amount of time, no one is unwell, and we’re all super conscious of hygiene. But still ….

I suspect we are going to look back at these times and wonder how things got so strange. In January, there was an overflowing of goodwill with people banding together to do what they good with the bushfires. And now? What I am noticing, sadly, are pockets of nastiness. For instance, I unfriended someone I knew after she had a rant about ‘fxxxing entitled millennial parents’ whinging about having their kids home. I don’t know her circumstances – maybe she is immune-compromised or just scared. Many of us are scared. Sometimes I need to turn off the news and just switch off for a bit. But I’m not going to accept or endorse this type of negativity.

I would really love, right now, for people to show more compassion for others as we go through this time. People are going to be up and down, and some more up and down than others. Not everyone has good coping skills, and even those that do, don’t all the time. Some people are in an okay financial situation for instance, but others are really struggling. Some people have jobs but are feeling overwhelmed with work/home learning and that juggling act (and yes, it is a juggle even if, like me, you’re fairly relaxed about home learning and can write your own hours with work).

I love something that my Minister from church shared recently:

With all of this, it’s been hard for me to feel like I can talk about our daily routine in an honest and authentic way. To be clear, we are perfect. We are the lucky ones in so many ways, but yes, often our apartment is a mess. I love my husband, but both of us working at home has its moments (me being the moodier one). My kids are a blessing, but they are scared and my youngest has nightmares – sometimes none of us are sleeping well.

It’s a bit funny really, as I tried to get the family involved over Christmas time and there wasn’t much interest. Now, admittedly Neil was away in Spain, my kids are probably a bit too young (read: not as exciting as computer games), and my Dad (who visited from Melbourne) got a sore neck from staring at them. After my youngest accidentally destroyed much of it by pulling on the tablecloth, I decided it was time to pack it up.

Then I tried to give away two of my puzzles on my Buy Nothing group. No takers in January, or February. I was going to give them to my favourite op shop, but then life got busy. And I kind of figured that since no one wanted them, maybe it wasn’t right to dump them onto an op shop?

How times have changed. Jigsaws are THE latest thing. I posted a picture of this puzzle in my Buy Nothing group and I and people fighting over it. Well, not fighting but there was a LOT of interest. In the end, I gifted it to someone who said she would pass it on through the group. (To be clear, I gifted in a contactless way i.e. I left it on top of our mailbox, and we hadn’t touched the pieces in over a week so the risk of any contamination was low.)

I hesitated for a long time about whether to post the jigsaw puzzle in my local Buy Nothing group – or whether to share on this blog post that I did. I’m an admin of my local group, and I know that many other admins are discussing the ethics of giving during a pandemic. The virus can live on objects. Could a gift end up being a curse instead?

I’ve been giving sourdough starter, in a contactless way, for a while. It slowed down for a bit, but people still wanted some. I’ve given another two sourdough starters over the last week. I figured that the risk of them getting sick from a starter from me is lower than rushing to the supermarket daily for bread. But still ….

The same with jigsaws. I wasn’t going to give it away. But the jigsaw puzzle we had finished over a week ago is just clutter to us know. Would we do it again? Maybe. But more likely it could help someone who is struggling with boredom to be occupied. I hope so.

I’d ceased any form of giving and hadn’t really given anything away for a week. But then we’ve (thankfully) had a really good week on the flatten the curve front. There have been no new cases in a week in Canberra. This encouraged me to (cautiously) start regifting in moderation – and with appropriate hand washing in place.

For many of my #joyfulgiving items, though, I’m putting them in our donation box and keeping them until after this is over. I’ve adopted this tip from decluttering coach Lauren Winzar. The only suitable box we had was an old Who Gives’ a Crap box. My kids think it’s really funny. Now, when they say ‘this t-shirt is too small – you know where it goes’, they laugh and go ‘who gives a crap!!!!!’

Nearly everyone I know is decluttering at the moment. With lovely, warm Autumn weather and no Easter holiday plans, it seems making our homes less cluttered is a popular activity.

If you are rethinking your relationship with clutter, have a listen to this awesome podcast I recorded with Sandie Parkes, co-founder of reuse facilities at Canberra’s tips. We had a great chat about stuff, unique stuff, and what you miss (not much, apparently). Sandie has seen nearly everything in her business. And she concludes (and I agree) that it’s not actually about stuff.

We also got into the decluttering action. When we went out to visit Neil’s parents to deliver food to them, we went through some stuff in the shipping container.

When Neil went through separation he was left with a five-bedroom house full of stuff to sort out with. His parents, who lived close to his previous home, bought a shipping container and the stuff has been stored at their site ever since. We’ve used some of it to deck out an AirBnB, and a few things are at my/our apartment, but the shipping container is still over halfway full.

It was both interesting and sad to go through the boxes. It represented decades of family life. Some things were still useful, but many are just clutter. Some was just junk. Occasionally we go searching for something in there (in this case, trying to hunt for a bread maker as mine is nearing the end of its long life), but mostly we don’t need anything in that shipping container. Part of the reason for my #joyfulfrugalista challenge was to force us to go through the shipping container and minimalise stuff. With COVID-19, much of the process has been put on hold. This is probably the last opportunity for us to go through the container until springtime. And while we identified some stuff to give away, we’re not really able to gift most things until the pandemic is over. But we have made a start.

Our decluttering efforts also took us to the top shelf of the cupboard in my boys room. It was full to overflowing with board games and other things. We couldn’t help but notice how many Lego or other sets had never been used. It was a bit unsettling to see how many toys my boys have that they aren’t even interested in.

While there, Neil found a box for a build a solar house physics project. My youngest had been fascinated with that for all of an hour – over a year ago. Since then it had been clutter. I found the set especially annoying as it moved when I went to touch it. Once we found the box, we packed it all up, I posted it on my Buy Nothing group and a former work colleague (who lives a street behind me) said she wanted it. I went for a walk, dropped it off at her door, had a socially distancing appropriate chat with her in her front yard, and it was out of our lives within half an hour. The best thing is that after her daughter uses it as a home learning project, she will pass it onto others.

While I’m only giving limited things away at the moment, we still did okay on the giving front:

Are you decluttering at the moment while staying at home?