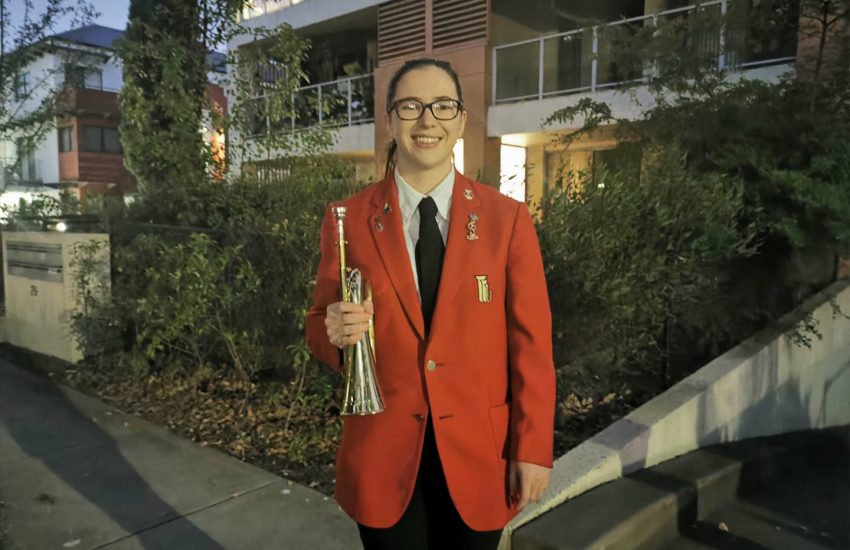 How are you this ANZAC Day long weekend? The weather has turned from warm to cool, and we’re all nestled and snug in our apartment. And thankfully, we are also all well – albeit super busy.

You may recall that I gifted a jigsaw puzzle last week. Someone picked it up on Saturday, and then on Sunday, I was surprised to see it again on my local Buy Nothing group. I thought it was a mistake at first, but it turns out the lady who completed it liked it so much that she and her family did it in a weekend. By Sunday night, she’d offered it onto someone else.

Then we started a new jigsaw puzzle.

This one was so challenging – it took us a week. We just finished it this morning. It was ‘only’ 750 pieces, but it was a scene of a poppy field below a hillside village in Greece. Red upon red upon red …. it was a real challenge. But oh my, that thrill of cracking it and putting in the last, final piece was sooooo rewarding.

The last jigsaw puzzle we completed was actually larger – it was 1,000 pieces. Unfortunately, it was missing one final piece. But it was still lots of fun. It was of the Golden Gate Park in San Francisco. (I keep telling Neil that we will have to go and visit all the places we have done jigsaw puzzles of!).

Inspired by the popularity of our Blue Vase jigsaw puzzle, I offered this one up on my Buy Nothing group as well. And guess what? Someone wanted it, really really wanted it.

How times have changed. Back in January, I tried really hard to give away 2 x jigsaw puzzles and a dominos set. I eventually gave up on jigsaw puzzles. Back at the start of the year giving was really difficult. We all had so much stuff. No one was into puzzles. Now, everyone wants them.

The lady who wanted the jigsaw puzzle lived next door. Often I just leave things outside to avoid contact, but on this occasion, I invited her into the apartment – or at least, the doorway, where we had a short conversation while maintaining social distancing. It turns out that her flatmate does a new jigsaw puzzle every week. Wow. And then we saw her again on ANZAC day (more later.)

The next day, one of my lovely neighbours gifted me TWO jigsaw puzzles. One is on loan, and the other is for regifting. I’m always amazed at how the karma of giving works. I had FIVE jigsaw puzzles in my cupboard taking up space. We live in an apartment, so space is a premium for us. We’ve I gave away two jigsaw puzzles. I could easily have gone online and ordered two more as we’ve now completed all five our of jigsaws. But the universe instead, via my neighbour, sent me two more. And my new ones are beautiful. I can’t wait to share photos with you once we have completed them.

Do you remember the solar house I gave away? Well, I received a lovely message today from my friend (also in my local Buy Nothing group) who said that her ten-year-old daughter was proud to have assembled it all by herself! She sent a lovely photo, which for privacy reasons I am not sharing. But let’s just say that I felt it was so nice that something that used to create clutter at our house after the initial enjoyment phase has now gone on to give someone else joy.

One of my former work colleagues is getting married. We message each other every Monday as we try to support each other on our weight-loss goals. (She’s more dedicated than me!) She’s come to one of my clothes swaps and donated to another. I have some amazing clothes that I have received from her – we are a similar size and have a similar dress sense.

This week she happened to ask if I had shoes. And then there were a few other things …. I won’t share what I gave her until I see if she uses it or not, and I’m waiting for photos from the wedding. But I’m soooo excited for her!

Something old, and something new

Something borrowed, and something blue

Once upon a time, brides would often rely on gifts from friends as part of their attire. It’s changed a bit now. I think it’s a shame. Anyway, I hope to share more news soon … just have to wait and see!

My week in isolation with kids was interrupted briefly by some professional photographers coming over for a photoshoot (exciting news I hope to share soon once it is official). Me being me, we got to chatting. The photographer and his wife (who is also a talented photographer) were just lovely. When they left, I gave them sourdough starter and I’m sure they will end up making bread that is even nicer than mine. (Part of the photoshoot involved bread – so of course, I gave them some to eat. They said they don’t usually get fed while working!)

It’s been hard from these guys. They were working on a project in the fire-ravaged town of Cobargo when the #stayathome direction came. Their photography work nearly all dried up. People who work in the creative industry have been especially affected by COVID-19. This couple are philosophical about it, using it as a time to contemplate life and be grateful for things around them. The spent time at the south coast, living a slower-paced life than the often would.

This week we have been enjoying our new computer.

My PC was nearly eight years old. It’s had a good run, but it is slow now and doesn’t have much memory. Neil needed something for editing my podcast and videos (someone we plan to do in the future). In the end, we got what is essentially a gaming computer – for half price.

The secret is that Neil bought the parts and assembled it himself. Yep, he built a computer. He watched a few YouTube channels, worked out what to buy and how to do it, and he was away. I thought it would take all weekend, but he had the pieces together in a few hours. Then he spent time uploading the right software.

It helps that Neil works in comms and likes techie stuff. He said nearly anyone can do it, but it does help if you understand computers.

And the end result? His laptop used to regularly shut down while editing my podcasts. Now it is smooth sailing. And things that previously took five minutes only take him around 30 seconds:)

The frugalista lifestyle doesn’t necessarily involve sacrifice. Often, it’s just about research and finding a different (and cheaper) way to do things.

I met my neighbour who I gave the jigsaw puzzle to on ANZAC Day again. She had a special role to play.

It turns out she is a professional trumpet player. Normally, she plays at one of the dawn services on ANZAC Day. But this year, like many other trumpet players, she performed the last post from her driveway.

Neil, my kids and I ventured out at 5.50am with torches and a lamp. It was a solemn and beautiful vibe. The birds were so loud! I guess normally there are so many people at a dawn service that the birds all fly away. There was a group of maybe half a dozen of us, maintaining social distancing, and a few people on balconies. Her rendition was solemn and moving.

ANZAC Day is always significant in our household. My paternal grandfather died serving in WWII in Port Moresby. He left behind my pregnant grandmother, three children and a farm. My Dad was born after he died.