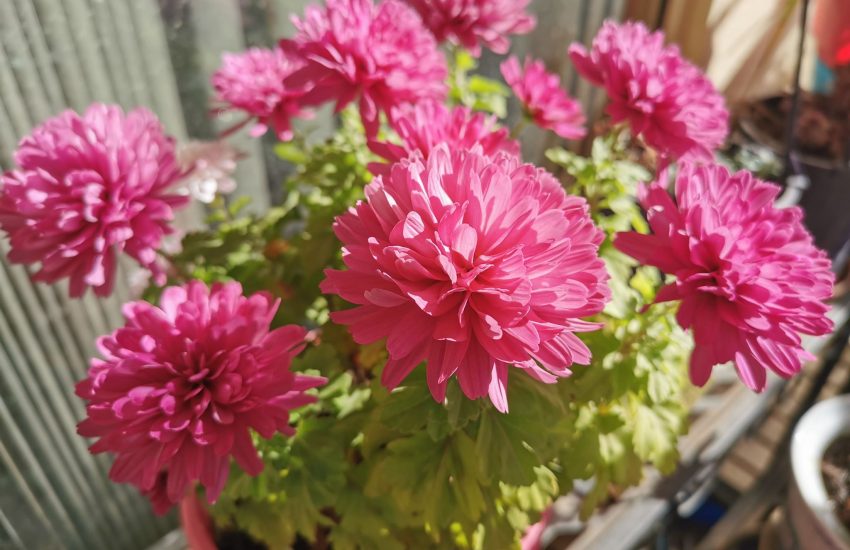 I’m back to focusing on my #joyfulgiving project. And it feels good.

Now that restrictions are easing in the ACT, it was great to be able to go out and see my inlaws for Mother’s Day (and for my MIL’s birthday).

As we often do, I took a plastic container full of scraps. I know, so generous of me, right? But quite seriously, I’ve got into the habit now of always putting vegetable peelings and fruit offcuts into an old ice-cream container. And when we go out to visit my inlaws, I take it for their chooks. Their chooks like it, and we reduce waste in our house. To be honest, I don’t know why it took me so long to get into the habit of doing this. I guess I thought that since I lived in an apartment, I couldn’t compost and therefore I just had to throw things out.

While out visiting my inlaws, we also fixed some earrings that had broken.

This year, in addition to decluttering and giving things away, I’m also focusing on fixing what I have and using them. This was a perfect example. I loved both of these earring sets. Both were quirky in their own way. And I was sad when the glue gave way and they broke. A bit of glue and help from my FIL, and viola!, new earrings.

My boys also treated me on Mother’s Day. They were with their Dad until the afternoon, when they came back early. They made me a planter box. Our next fun thing will be to find some plants to put in them. Hopefully, soon we can go shopping at Bunnings together.

Our special ritual (or one of them) as a family is to go for a walk and buy ice-creams from a Canberra-based ice-creamery called Mr Frugii. My boys love Mr Frugii so much! We went for a walk on Mother’s Day to enjoy the beautiful Autumn weather.

One of my eldest son’s school friends lives in an apartment across the road. His mum, who used to work in the same Department as me, is also a good friend. I told them we were doing a Mr Frugii trip, and then came with us. Then we got to talking, and they started walking with us to the park, and then a little further, and before we knew it they were at our place.

I had a secret reason for wanting to catch up. Well, not so secret a reason: I had some clothes for her son. Her boy is older and taller than my son, but I had been given some clothes for my boys some years ago and for various reasons, they are not going to wear them right now. I’d been storing them for years in a suitcase. When I took them out of the suitcase, it created enough space that I could put some bed linen that didn’t have a proper space in them. So passing on with love was a good storage decision. And these clothes were the right size for her boy!

We had a cup of tea and got chatting, and before we knew it it was dinner time. I hadn’t prepared dinner, but I put together some food based one what we had: very retro Jatz biscuits with ham, brie and pickles, some Costo soup and rice. And we washed it down with the most magnificent bottle of local Lake George Winery Pinot Noir!

We’ve been here at home in iso in our happy family unit (well, mostly happy) and most days we have people to talk to. And I have my neighbours to chat to as well. But I’m realising that not everyone has this. It must be a lonely time for many people. And with domestic violence incidents skyrocketing, I feel so incredibly blessed that I was able to be in #iso with my loving husband, Neil. Home isn’t a safe and secure place for everyone. (And yep, I know about that firsthand.)

My friend was only wearing a t-shirt – after all, she only thought she was going across the road for an ice-cream. I had a look around and found a gorgeous vintage emerald green coat that I hadn’t worn in years. Truth be told, I haven’t been able to fit into it for years. It looked fabulous on her.

“Are you sure you won’t wear it,” she asked.

“Let me show you why not,” I said. I put it on and it clearly was too tight. Oh well. Still, this year I’ve been gifted not one but TWO beautiful coats that fit me perfectly so I am already significantly blessed with winter woollies. it felt good to be able to pass it on with love.

We’re still doing the same 1,000-word piece we have been doing since ANZAC Day. We are slowly making some headway, but it is difficult. But in the meantime, I thought I should give away a few more.

I had a lovely Tibetan mandala jigsaw that we have completed twice, including once during the early stages of #stayathome. I really enjoy it, but to be honest, after doing it twice we probably wanted something new. I sent a message to the lovely trumpet player next door, who often does jigsaw puzzles with her flatmate. She came and picked it up on Sunday, while we were catching up with my friend. I warned her that it was round, so a bit more challenging than a normal square jigsaw puzzle.

Then I gave away a jigsaw puzzle of a Japanese garden that I had had for many years.

For some reason, even though I’ve completed this one several times, I really liked it. It was a simple, 500 piece puzzle – nothing special about it really, it wasn’t even a high quality one. There was just something about it. But I sensed that, having done it twice now with Neil and my kids (and several times before that) I probably wouldn’t do it again. So I offered it on the Buy Nothing group.

This time it wasn’t the warm, happy giving experience I was used to.

I was quite annoyed, actually. I was thinking about it afterwards, trying to work out why I was so peeved. I guess I liked that puzzle more than I had wanted to admit and (this sounds heretical to say as someone committed to decluttering this year), maybe I wasn’t ready to give it away. In some way, it probably symbolised happy times, or maybe my yearning for a home with a beautiful garden like that.

Anyway, the lady wasn’t rude really – just not warm and effusive. I had to really get her to commit to coming to pick it up, and then she messaged me just before she got to my place saying she wanted a plastic bag to carry it in. It felt a bit transactional like I was a check-out chick selling her something. It’s stupid really as I have plenty of plastic bags and it’s not a big thing. Usually, I stop to chat, and I was going to tell her how much I’ve enjoyed that jigsaw over the years and even how it has an extra piece! But she was clearly in a hurry and I decided not to bother about it.

I’ve had some real wins on the giving front recently, warm, fuzzy, ‘wow’ moments like gifting my wedding dress. I realised from this that not all giving produces that same sense of connectedness. Sometimes it’s just getting rid of stuff. And that’s okay, too. Neil bought me a new jigsaw puzzle (which my boys ‘gave’ to me on Mother’s Day) that he got from my favourite op shop, Another Chance. (I’m so excited now that Another Chance has reopened, albeit only for limited hours.) Maybe that will be my new special puzzle, my new happy family memory.

Have you ever given something away and then regretted it?