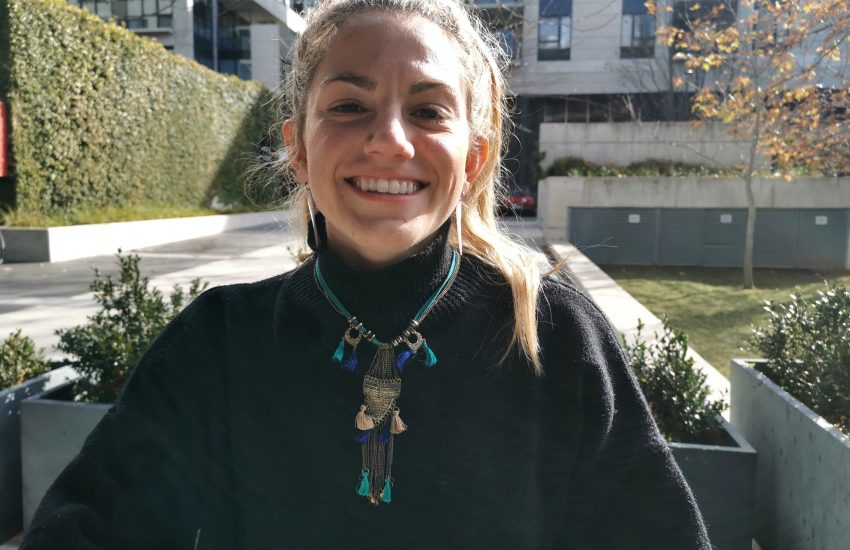 Today I went out and had a meeting – in a cafe! It felt almost like normal. And I was able to gift two more items towards my goal of giving away at least 1,000 items in an intentional way.

This is Rae. She is founder of CBR GALS, which aims to connect and empower women in Canberra. I was privileged to have supported their first virtual event last month. It was so successful and I wish I had known about it early enough to have snapped up tickets.

Rae is from Florida, USA, and arrived in Canberra two years ago after meeting her boyfriend in Italy. She found Canberra to be a bit of shock. “I kept hearing about this Canberra Bubble, and I really wanted to pop it,” she said. She found that unless you were in a group, it was in way hard to meet people. She started CBR GALS as an Instagram page. It took off, and then she moved to holding events. CBR GALS is now a not for profit association that provides support for, and empowers women.

We’ve been meaning to catch up for ages, and it was (for me) the perfect day for a cycle. It was so lovely to meet in a cafe and things just felt normal. Well, it’s wasn’t quite normal as the normally packed cafe was fairly quiet and tables were space further apart than usual. But it felt normal.

I hadn’t worded Rae up on my #joyfulgiving project and I caught her a little off guard. It took a bit of explaining. But once I had finished, she liked the items, including the necklace she was wearing. “Actually, when I put on this sweater I thought to myself – it really needs a necklace to go with it,” she said. Voila, a necklace.

I also gave her a copy of Russell Brunson’s book, Dotcom Secrets. For some reason that I don’t fully understand, I had two copies. Who needs two copies of the same book in their bookcase? Not this frugalista minimalist wannabe.