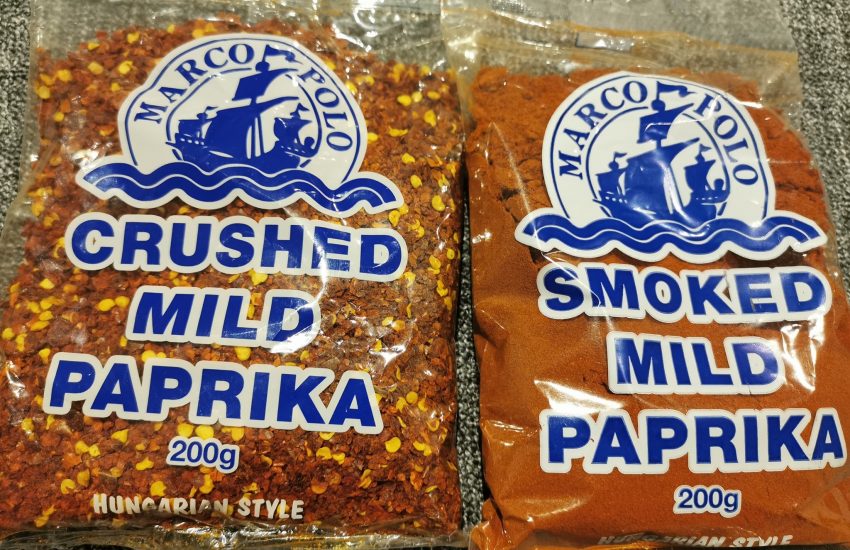 It’s strange how the karma of giving works – we give away some things and then suddenly, people give to us. This week it was groceries and spices.

A new and lovely friend, who I plan to keep in contact with, is moving to Hawaii. We rocked up to her farewell – and came home with three bags of groceries. I was laughing when I unpacked it as in there was a giant jar of Nutella. Neil had been making fun of me being ‘too frugal’ by not purchasing chocolate hazelnut spread at ALDI the past week. And would you believe it? The universe manifested a whole, giant, unopened jar.

Sorting through the groceries was like opening presents on Christmas morning. My friend clearly loved to bake, so there were a lot of baking items and I can’t wait to use them all.

No sooner, had I put these groceries away then Neil came home with another seven bags.

His friend with lung cancer had decided to move to Melbourne to be closer to family. He had a lot of groceries – a lot. Including a whole bag of beautiful spices, some of which were his mother’s vegetable curry blend. I made a curry the next night, and while I don’t claim it was as good as his mum’s, it was pretty yummo.

It’s always strange seeing what people buy, and why. I’m sure there were things in there he forgot he had. As we unpacked, I pulled out my shopping list and was able to cross off most of the items. Lucky we didn’t have a car the week before and therefore didn’t do a big shop!

Having found space for ten bags of food, we are now doing another $50 a week grocery challenge to use things up. And it’s probably a good idea to begin using things up sooner rather than later. As Neil was carting things up, our next door neighbour chatted to him about what he was doing. “I’ll give you my leftover grocery items when I move to Melbourne soon if you want them,” he said. Yes, please!

Quite seriously, I always offer to accept grocery items – opened or not – if people are leaving. This is because I am committed to reducing food waste. I always suggest food banks or organistions that help people in poverty first. But sometimes there are restrictions about what you can give. And people are often super busy as they are packing up to leave and just want to get rid of things.

I have been slowly giving some items away, though, including these two packets of paprika. We like our chilli, but we already have rather a lot.

And then my lovely friend Erna aka @simplycheecky game over to take some photos for my new project, The Joyful Business Club. (Let me just digress at this point and say this is a fabulous new initiative to support women at any stage of their business. Stop by the Facebook Group to connect.)

Erna loves hot and spicy food – and spices in general – so I gave her a jar of extra hot chilli powder and a large unopened packet of coriander. “What if we need it,” I can almost hear you thinking. We have a LOT of chilli powder, chillies and chilli sauce. And we have another container full of coriander. Glad this has gone to someone who will enjoy it.

Erna mentioned she was looking for some wallpaper. “I wonder if she would like my wall stickers,” I thought.

I’ve had these stylish yet not-my-thing wall stickers for over seven years. I bought them in Taiwan, thinking we might use them in my previous home, but never put them up. I’ve tried unsuccessfully to give them away (twice) on my Buy Nothing Project group, but there were no takers. I was so glad that Erna likes them!

I’m almost embarrassed to talk about giving, as the karma of receiving was certainly in our favour this week. And much of the giving was really ongiving what we had been given. But to keep try to the tally: