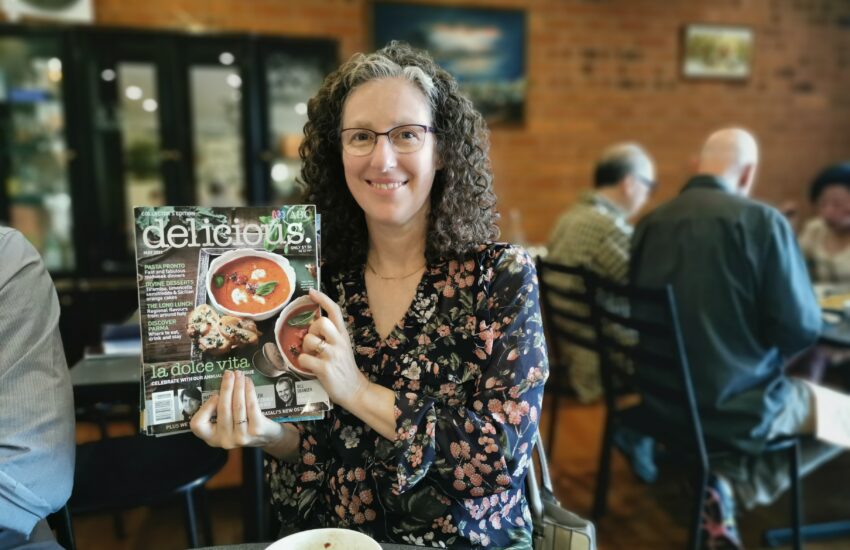 This week I stopped and asked myself: am I going to get to my goal of 1,000? And how important is it to me?

I feel, on some deep level, that this Joyful Giving project is really important. Maybe it’s not the next multi-million dollar idea, but so much of our abundance is not bought on supermarket shelves. I’m increasingly experiencing that abundance comes from my connectedness with people and my community. I’m also wondering whether it’s not a coincidence that – in a year when I gave up my work and went through bushfires, pandemic and a recession – that we successfully focused on paying off our mortgage.

I made a lot of assumption about how this challenge was going to work. I thought I would go out and do a lot of good with a lot of charities. Well, to a certain extent that happened – but not the way I thought. But what became really obvious to me fairly soon in this project is the value of friendships. In my previous work life the juggle was crazy, and too often I found myself saying “let’s catch up soon” knowing full well that my calendar was full.

In another life, I was part of a Taiwanese community. I’m no longer as connected, but I do love chatting with my friend Meg. She was such a source of support to me, especially during the demise of an early relationship after my marriage ended. She never judged me, just always listened (while feeding me amazing food).

Then I moved house, and met my Neil, and for various reasons I haven’t seen her much recently. She’s also been busy studying, and for a while (pre our COVID lockdown) she was back in Taiwan with her kids.

I have, however, been building up a stash of things to give to her son, who is a few years younger than my youngest son. I also give her all my Taiwan related things that I no longer need. I was so surprised to find that my bag of ‘stuff’ for her amounted to 42 items!

Over the years, I’ve been a recipient of many items of produce from her gardens and a lot of her home cooking. True friendship is often about giving and receiving; it’s a cycle that goes around.

On Friday night, I had the most fabulous feast with a group of foodie friends. Specifically, we are all members of a Facebook Group of food bloggers, Instagrammers and influencers. We like good food. And we also love exploring hidden suburban and cheap gems.

On this instance, we went to King Fook at the Florey Shops. I love the food here and have fond memories of dining here semi-regularly when we used to live nearby. Favourites: sang choy bao, fish in wine sauce and a type of sesame bread with a chopped meat mixture. Really good.

Being on my Joyful Giving bent, I turned up with presents that my foodie friends liked: Delicious magazines, a cook book and a sour dough starter (which one of my friends has christened King Fook).

And I came home with a jar of the most delicious homemade pad thai sauce courtesy of my friend Charinya of Charinya’s Kitchen.

My friend of 20 years

I first met Melissa when I moved to Canberra. We were working at the same department. She had just completed the graduate program with that department the year before, and I was a bit older but was in my first real professional job. She is one of the charming, gracious and downright gorgeous people I have met.

Now she’s a mum of two boys, and I’m a mum of two boys. Her sons are younger than mine, and in the past I’ve given her baby stuff. But her elder sister also gives her stuff, so I give her things sparingly.

On this occasion I stopped by because her parents were visiting from Victoria for her birthday. There was a time when such visits were quite normal, but we live in uncertain and changing times and it’s not long since the border has reopened.

I turned up with some older Woolworths cooking books, some National Portrait Gallery cards for her boys a bottle of pineapple cordial, and a 3 CD set of musicals (for her parents trip back to Victoria as they were leaving that day). And a copy of Slumdog Millionaire – we saw that movie together with a group of friends many years ago on her birthday.

And I came home with two bags of clothes – courtesy of one of her mum’s friends in Melbourne who has impeccable taste.