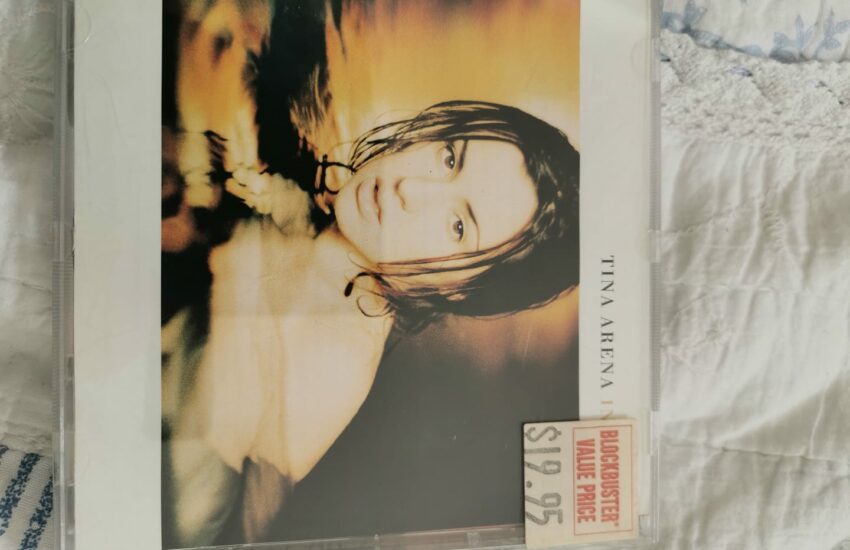 I’ve been giving generously – and this includes from my CD collection.

Or rather, I should say from my husband Neil’s collection.

While Neil was away in Western Australia for work, I raided his CD collection and gave away 40 items. Some of them were mine. I started with his because I (mistakenly) thoguht that he had digitised most of them (aka downloaded and put on a USB stick). It was only after I had given them away (with his approval) that I realised not all of them have been copied across. Doh!

Looking through CDs from the past is fascinating. It tells you something about someone’s youth. I would like to say that I had more refined tastes than Neil’s – his is more 80s/90s ballads and Aussie rock – but I’d be lying. I’m more eclectic. I spent most of my younger years thinking I had crap taste in music. Now I just don’t care: I like what I like and don’t like what I don’t l ike.

Another thing I couldn’t help but notice is the price tags on the CDs. Back when we were younger, thinner and groovier buying CDs were expensive. Actually, I can still remember buying (and using) cassette tapes and thinking how revolutionary CDs were. I’m was frugal even then so buying CDs was a big thing. Each CD cost at least $20 – often $30 – and you would treasure then and listen to them over and over.

When I counted my stack, I couldn’t help but reflect on how much money was in there. 40 CDs @ $20 = $800. And that’s assuming they all were at the lower price! It’s amazing to think how the little things added up. $800 back in the 90s was quite a bit of money. But could you live without music? Probably not. “Thank you for the music, the songs I’m singing” said ABBA, and I agree.

These days, we use Spotify (occasionally). I’ve just upgraded to paid for a three month special deal, mainly to cope with long road trips (my kids like requesting more modern songs to sing along to and less ads means less whining). We also pick up CDs at bargain prices from op shops – sometimes we find some retro classics we really like.

I gifted the pile to DJ Kalypso. She’s pretty cool. If you want someone for say an 80s – or even 90s – even or something with an ethnic flavour, she’ll have you grooving in no time.

Edited to add this from DJ Kalypso:

“I regifted most of the CDs btw to friends and family as a lucky dip in Santa’s big! Was lovely seeing the smiles on people’s faces – there were some great ones in there. About a dozen people benefitted from your generous gift darl …”

Oddly, since I’ve gifted them I’ve been getting into music more. I’ve been discovering the old CDs in my closet and under the bed and also searching for albums and retro classics on Spotify. As I type this, I’m headbanging to Jimmy Barnes (I married a self-professed Bogan with a love of Aussie rock – he’s converting me). Life with music is pretty amazing.