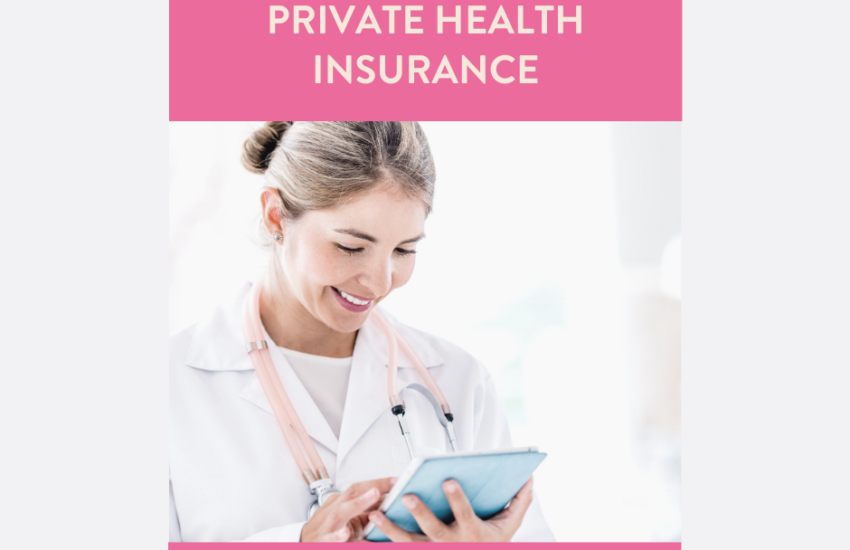 Do you have private health insurance? Do you worry about whether it’s value for money? Do you even need it?

I had a chat this morning with Lish Fejer on Radio Canberra ABC 666 AM about all things private health insurance. You can listen to the interview here (at 1 hour and 10 minutes into the recording).

Private health insurance premiums are going up on 1 April, and for many people, this will be the second increase in six months. What can people do to save money?

On average, premiums are going up by 2.74% – some will be lower while others will be higher.  You can lock in the existing rate by paying a year in advance. Of course, not everyone has thousands of dollars in cash to splash on paying this amount early, and you also need to weigh this up against paying off other debt – such as mortgages, car loans or even credit cards.

Health insurance premiums seem to be becoming more and more expensive – is this just my imagination?

Can you shop around to get a better deal?

Absolutely.  A good place to start is the Private Health government website.  If you find a better fund you can change – – and you can take your waitlists with you.  The Private Health Insurance Act 2007 includes ‘portability’ rules to protect consumers who want to change to another hospital policy with the same insurer or with another insurer.

There are several not for profit funds as well for people who work, or who have worked, in particular sectors. For instance, if you’re in Defence or have had a family member who has served or been a civilian in Defence, there are a few funds you might be able to join – and while you need to compare and do your sums, often these can be surprisingly good value.  The same for teachers. [Note: we are currently with Defence Health.]

What about downgrading to just hospital cover?

Downgrading to a policy that only includes basic hospital cover and does not include extras could be a good option for some families who are looking to save costs. You might, for instance, be paying for obstetrics when you are no longer planning a family. And how often do you really use extras? [Frugalista tip: if you like the occasional massage, make sure to claim for remedial massages through eligible suppliers.]

It’s important to note that many taxpayers are liable to pay a Medicare levy (on top of assessed income tax), but that people who have private health insurance policies are eligible to claim a rebate. The amount of the rebate is usually much less than the cost of private health insurance, but it does help to partially subsidise it.

In our case, we are on a ‘legacy’ plan, i.e. we are on a Top Hospital and Top Extras cover plan that is no longer offered to new customers. As it’s good value, we are keeping it – at least for now. My eldest son will need serious orthodontic work soon, so we are keeping extras.

Is it best to stay with a brand you know and trust?

Just because a company is a reliable brand doesn’t mean they offer the best deal. It’s important to do your research with comparison sites such as the Private Health government website. Always important to read the fine print to understand what you are covered for. Many private health companies now provide easier to digest infographics to explain the services provided with each plan.

It’s also worth considering which private health insurance companies have agreements with the providers you are likely to use. My health fund, for instance, enables you to search for providers so you know which medical practitioners and hospitals are part of its network. It is worth checking, for instance, that your local hospital/s are part of the provider network of your preferred private health insurance company.

Before I met my husband, he had signed up for private health insurance with a trusted plan. He thought he had robust hospital cover. But when he had a heart attack, he discovered he was not covered. He was treated in a public hospital, but he was upset that he wasn’t covered for something he thought he was.

Do people even need private health insurance these days? I’ve heard of people who have had a great experience at a public hospital – and it was all FREE.

This is a question that a lot of people, especially those who are young and healthy or struggling financially, are asking.

Private health insurance gives you greater choice in your health care.  Many emergency procedures (e.g. COVID, broken bones, heart attacks, appendicitis and even childbirth especially where there are complications) are sometimes best in the public system. This is because major hospitals, such as The Canberra Hospital near where I live, are often teaching hospitals and have state of the art facilities. In some cases, you can ONLY go to a public hospital for a particular procedure.

But if you have a painful or awkward yet not immediately life-threatening procedure, it can be a long wait in the public system. And you might wish to choose your practitioner.  For instance, things like knee reconstructions, surgery for endometriosis and other things can take a long time.

Back in 2007, I discovered I had a 10 cent sized growth on my skull. It was a week before Christmas. It was growing aggressively and I wanted it out – quickly. I was scared at the prospect of neurosurgery and wanted to make sure I had a surgeon I could trust. A friend’s son was studying a PhD in neuro something and recommended a particular surgeon in Canberra. He only accepted private health insurance patients. I met him and was operated on within 48 hours. We were around $10,000 out of pocket, but I couldn’t have imagined the stress of waiting for a specialist I trusted in the public system. The growth, by the way, was non-malignant (i.e. it wasn’t cancereous), but we didn’t know that until I had been operated on and a sample was tested.

Can you set up your own private health insurance fund?

Yes, you can. I have never tried this, but I’m curious to find out from people who have. I had made an *assumption* that you somehow needed to flash a private health insurance card to be able to get in to have private treatment, but that’s not the case. Medical practitioners in the private system just want to know that you are able to pay. If you have the funds, they will admit you.

For a family of four, we pay nearly $6,000 annually in private health insurance. Assuming for instance that we had invested this annually in the Vanguard Australian Shares Index (which has returned 9.05% since inception on average), this is what our returns would have looked like.

According to these calculations, we would have had $96,708 in savings had we invested the funds rather than invest in private health insurance. This assumes a lot of things (for instance, it doesn’t take into account the private health insurance rebate, the changes to the annual cost of health care, the fact you might need to dig into these savings if you need a medical procedure, nor capital gains tax if and when you withdrew). But it does show that investing in your own fund might be a good option for some – especially for younger people.

Can you go without private health insurance?

If you do decide to do without private health insurance, there a few things to consider.

One is to make sure you still have ambulance cover.  It costs nearly $1,000 ($982 in the ACT to be exact) to have treatment and transport by ambulance.  Calling the ambulance saved my husband’s life when he had a heart attack. You never, ever want to be in the situation where you delay making a life-saving call because you are worried about money.  Insurance for ambulance cover is quite cheap, i.e. a hundred dollars or so.

Secondly, it’s best not to stop and start with a private health insurance plan.  If you don’t purchase hospital cover by the 31st of July following your 31st birthday, you will pay the Lifetime Health Cover loading on top of the premium. This is a particular dilemma for people who (in non-COVID times) plan to live or work overseas, or who are in between jobs. It’s best to call your private health insurer and chat with them if your personal circumstances change. My insurer, for instance, was really good about letting me pause and restart my membership while posted overseas.

Do you have private health insurance? Why? Why not?