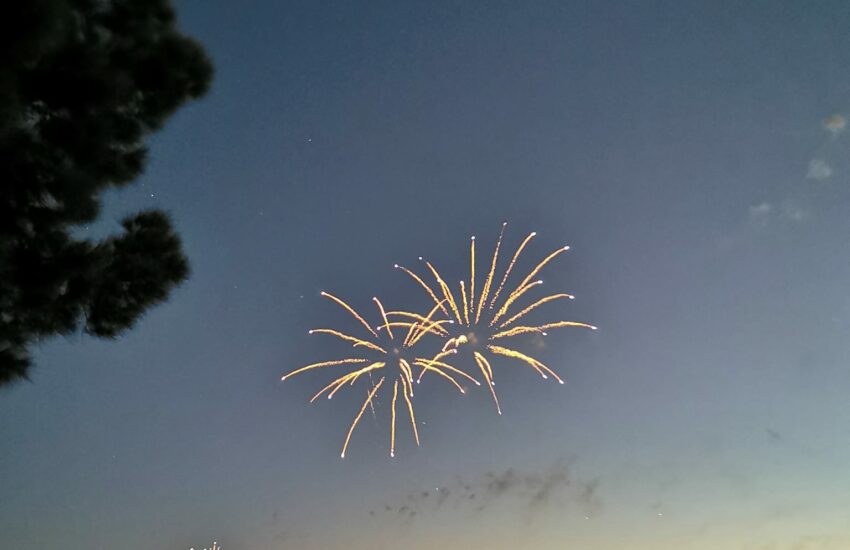 I’m celebrating the end of 2021 and the beginning of a new year. I’ve achieved what I set out to across several goals, but not necessarily in the way I had planned. Huh? 2021 for me was a year of going around in circles, but somehow, it all ended up okay.

I’m not really into blaming a year for being bad. The opportunity is what you make of it, even during a pandemic, and that was certainly true of this year.

I started the year wanting to focus more on YouTube, developing a website for The Joyful Fashionista and more events for The Joyful Business Club. Well, things sort of happened but not exactly as planned.

I ended back at my old work – twice

A former colleague invited me back for a 12-week full-time role. After that ended, I then worked in another role part-time for around 12 weeks.

Well, because I was asked. And because I actually liked the work I did previously. And well, I was kind of curious to know if I had made the right choice in leaving. I also enjoyed the steady paycheque, which enabled me to build up our ETFs. Building up my superannuation was also pretty good as well.

It was good to go back, and it was good to leave. I had no major falling out and I could end up working there again. And while the wheels didn’t fall off my business/es, work meant I couldn’t really give them the love they needed to grow, either. But a key reason to return was to keep my professional contents and skillsets current; you never know when you might need a plan B approach.

So many things didn’t go to plan this year, and I know I’m not the only one to experience that.

Firstly, my husband Neil was away a lot with work (again). He spent much of the first half of the year working in Sydney during the week and driving home on weekends. Then, when that project was completed, he went to Perth for another three months. We’ve worked out that he’s spent roughly half of the last two years away with work – either in Spain, Perth or Sydney.

During his Perth stint, we went into lockdown in Canberra. I’d just started my second work contract and hadn’t yet gotten fully across that role. With lockdown, I also had my kids with me full-time rather than the usual co-parenting arrangement. So suddenly, life was super busy: parenting by myself, working three days a week in a busy role and then doing my writing, podcasting and organising Women’s Entrepreneurship Day and business startup stuff on the side. It was kind of crazy and things were very imperfect. It was especially hard as there was an expectation that I actually go into the office as we were considered essential workers (which I couldn’t do as I had young kidlets at home). But that busy time passed, giving way to more peace and quiet over Christmas.

We sold an investment property

Noticing the property market was rising in 2020, we put an investment property on the market. We made a (small) but okay profit. We decided to sell as the property needed a bit of work. When we purchased it, we thought we would do some DIY reno stuff. Then hubby had a heart attack, and when he recovered, moved to his current role where he has travelled a lot. Our interest in doing DIY renos reduced as a result.

We would have been wiser to have waited longer and got a better deal. But, the thing is you never really know what is going to happen with markets – property or shares. Selling solved a problem for us and was probably a great investment for the new owners. No regrets.

My Neil and I have talked about getting into more ETFs for ages. Up until now, our focus had been paying off the mortgage, building up superannuation and managing investment properties. But this was the year that we made it happen. We paid off our mortgage on the apartment we live in early 2021, then with the funds, we got from the sale of our investment property, we got stuck into ETFs. Going back to work also helped me build up our portfolio. We love this experience. I’m somewhat addicted to Pearler’s share trading platform, which makes it super easy to buy and sell ETFs cheaply and easily. (BTW, they have a refer a friend deal – use my link and you can get a trade for free!)

Neil and I have had a long term dream of buying a house. Before coming together, we both had houses with decent sized land. I sold my four-bedroom suburban home five years ago, and he sold his five-bedroom home on an acreage block four years ago. Our apartment is super convenient and there’s a lot to love about it: including being within walking distance from schools that really suit my boys. (Both the primary school and the high school my eldest is going to last year are over-subscribed so you can only get in if you live in the catchment area.)

We had looked at buying a house three years ago, but for various reasons decided not to proceed. The timing wasn’t right, and it still isn’t. Not having a big mortgage freed me up to do things like leave work to lean into making my dreams a reality. We live a relatively active lifestyle as we can walk and cycle to many places, including the CBD. Even though we are really happy where we are and will be for some years, it’s been a bit scary to watch house prices catapult into crazy new highs. Financially, it would have been much better to have kept our properties. I would be sitting in an even better financial position, for instance, had I continued to live in the former family home. But we would still be carrying debt, and we would not be living the same awesome lifestyle we are now.

When in a boom, it’s easy to have regrets and think ‘I should have bought more property,’ or ‘I should have bought more shares’. What is done is done and there is no point looking back other than to learn. There are incredible blessings associated with living where we are. As I type, I’m looking out on the balcony in our 15-minute walk to the CBD apartment watching crimson rosellas playing. Later, I’ll go for a cycle along the bike path to the pool for a swim. And then there’s the peace that comes from living with low debt and having options.

Wow, what a year for The Joyful Frugalista podcast. There have been so many amazing guests. What with going back to work, lockdown and hubby (my podcast producer) being away for much of the year, at times it’s been difficult to get podcasts out. But I love podcasting, and I’ve been blown away by your support and the response. Thank you, thank you, thank you!

And here’s a link to my most recent one:

I’ve got another book coming out

I’m currently finalising another book, which will be launched in April. I’ll be revealing the cover and details in January. It’s a bit different from Frugalista, and I hope you like it as much. Hopefully more!

Yah, yah and yah! In late 2020, I had an idea for a platform for buying and selling fabulous second-hand clothes. In 2021, I was honoured to have received grant funding from the Canberra Innovation Network (Innovation Connect) AND YWCA Canberra (Y’s Great Ideas). I was super excited and wanted to share it with the world ASAP. I engaged a website designer to custom build a site for me. And then … it all went pear-shaped.

The website launched in late October, but it was buggy. Actually, beyond just a bit glitchy as key functionality didn’t work, and it didn’t get better. That lead to a difficult month where I brought on someone to mediate. Long story short, but I discovered the website developer had no idea what they were doing. They didn’t have the competency for the job, and what they produced was a dog’s breakfast that couldn’t be fixed.

I lost a lot of money over it. It could have been easy to give up. But … I went ahead and developed my own site. I’m still refining it, but I’m so happy to share that the basic functionality is there. I’m passionate about reducing landfill from textiles, and also love how second-hand fashion opens up a whole world of quirky possibilities. I would love, love, love your help to get this going. (Oh, and as an introductory special, you can sell for free until the end of January!)

If I had to sum up 2021, I’d say it was all about resilience. I chose to keep going several times when things were looking a bit rough. To be honest, going back to work was scary. I worried I would have been perceived as having returned after ‘failing’, or that I would have been caught up in toxicity again. Neither of those things happened, and it ended up being a healing experience that reconnected me with my calling.

My theme for next year is tech. I want to really lean in and become more confident with technology, especially website development and building. And also technology for social media.