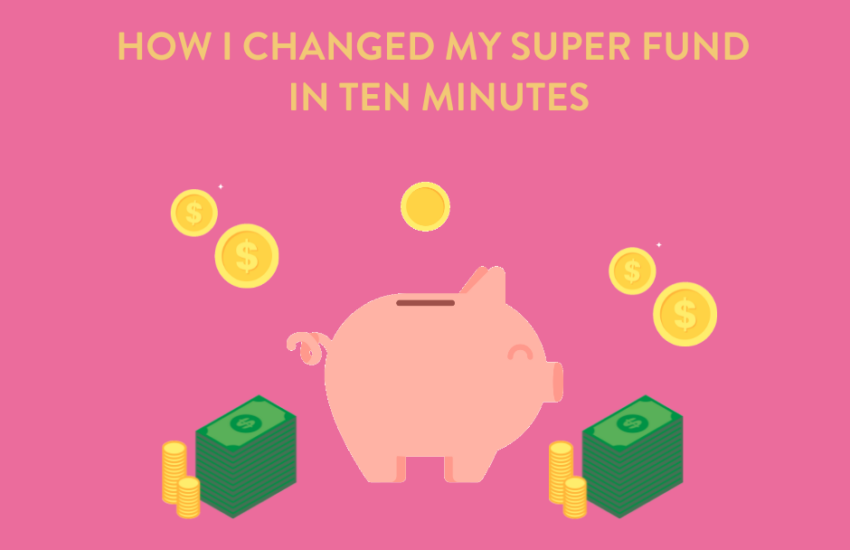 Christmas is a busy time of wrapping things up for the year, and in the week before Christmas, I was running around completing admin tasks that needed to be done. Like taking my kids to the dentist, buying school stationery supplies for next year – and setting up a new superannuation account.

Why I needed to change super

In November, we received a letter advising that one of the (smaller) funds was being wound up and we needed to move to a new fund.

I’ll be honest here and say that I always thought it was super difficult (pun intended) to switch super funds. While I often advise people to change super funds, I found myself not practising what I preached. Instead, I was procrastinating.

Hubby, being a no-nonsense type of guy, went into action first. “I’ve just opened a new superannuation account,” he messaged me.

“So quickly?” I responded.

“Yep, and it took less than ten minutes – it was so easy,” he responded.

I must admit that I didn’t quite believe him. In our marriage, usually he’s the one doing stuff like fixing the car and taking out the rubbish. I’m the one who researches and applies for things online. Usually I’m the organised one.

But when I put my mind to it, it was soooo easy. I was embarrassed at how easy it was. These are the steps:

At this point, we were done. We had set up an account, we had member details, and were sent emails with detail of how to log on and check balances. I stuffed around a bit at first, but I guestimate it took six to seven minutes. It would take less if you had all information at hand.

Then there were a few additional steps to complete the process. This again took less than ten minutes.

And that’s a wrap.

I said this was easy, and it really was. Honestly, if you’ve been thinking of changing super funds but have been putting it off and off and off, make yourself a cup of coffee and go do it now. Really. In the time you could read some clickbait or watch a YouTube clip about cute puppies, you could have made a financial decision that will mean you are tens of thousands of dollars wealthier in your retirement.

Have you changed your superannuation details recently? If so, what was the process like?